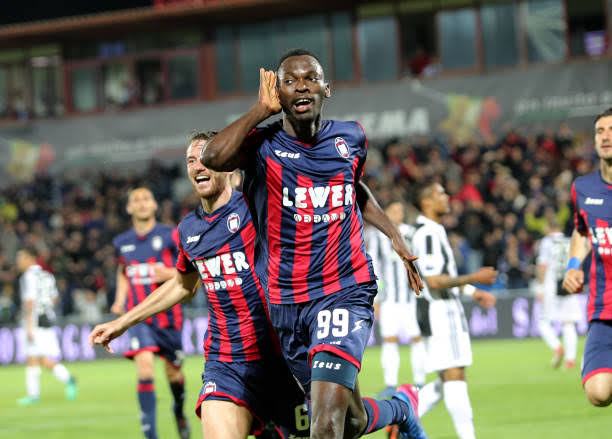 Simy Nwankwo has continued to impress in Italian Serie B as he bagged his 14th league goal this season in Crotone’s 3-0 victory over Ascoli on Saturday.

It was the final game of the Serie B season, and the victory moved Crotone four points clear of the relegation zone as they finished 12th on the log with 43 points.

The Super Eagles striker handed his side the lead before halftime before Stefano Pettinari doubled their lead and Ahmad Benali bagged the third goal, with both scoring early in the second half.

Nwankwo, who is hopeful of making Nigeria’s squad to the Nations Cup, finished seventh in the top scorer chart in the Italian second-tier league.

Okereke who has scored ten goals in the Serie B has made 30 appearances for Spezia.

Spezia finished seventh in the log and will face sixth placed Hellas Verona in the promotional playoff quarter-final clash on the 17th of May, 2019.