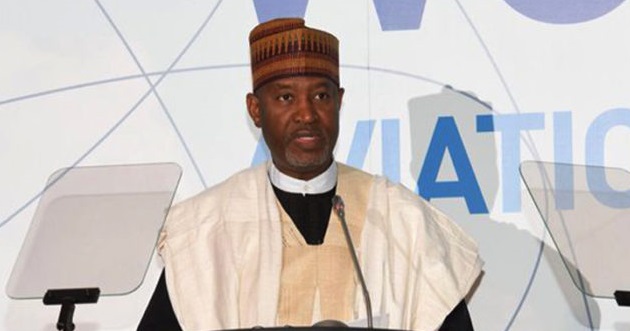 The Federal Government has selected about 81 routes for the commencement of flight operations for the newly unveiled national carrier, Nigeria Air, Minister of State for Aviation, Hadi Sirika has disclosed.

Speaking at the Farnborough Air Show in London Wednesday after the unveiling of the name and logo of the flag carrier, Sirika said the airline would cover 40 local, regional and sub-regional and 41 international routes.

According to him, the airline, set to take-off on December 24, would be owned by private investors, while the government would own a maximum of five percent equity.

In a statement released by Deputy Director, Press, Ministry of Aviation, James Odaudu, the minister was quoted to have said Nigeria Air would be private sector-led and driven through Public Private Partnership (PPP) arrangement.

“This airline is a business and not a social service. It is not intended to kill any airline in Nigeria but complement it and promote it. It must be done in the right way so that it will be here to stay.

“Government will not hold shares beyond five per cent at the topmost. This airline has the backing of the government. Government will come up with funding according to the business case that has been delivered to the government. We will engage the youth of Nigeria because we do believe in the ‘Not Too Young to Run’.

“We engaged them in the campaign to name this airline. We engaged 400,000 Nigerian youths to arrive at the name of the airline. The airline will take into cognizance the multicultural nature of the nation through its diversity. We want to it to promote our culture and tradition,” he said.

“We have a policy where employment goes to Nigerians first before it goes outside,” the minister said.