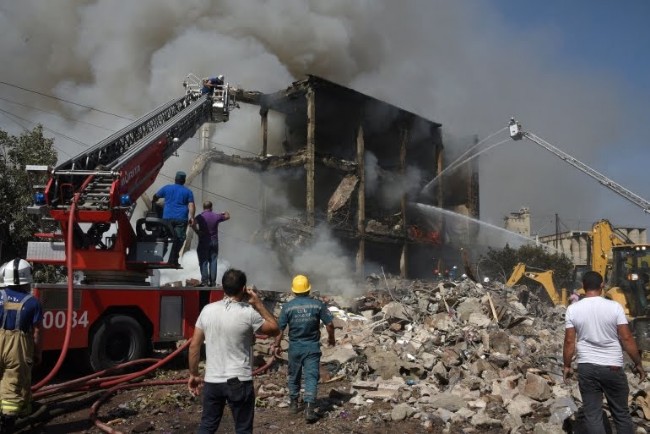 Six people have been confirmed dead in Armenia, as a result of the explosion at a Yerevan shopping center, while 18 more are still missing, according to authorities who spoke on Monday.

After firefighters had largely put out the blaze after the explosion on Sunday, the civil defense authority announced that some 70 rescue personnel were combing the ruins.

Furthermore, more than 20 people were allegedly receiving medical attention in hospitals after the disaster at the mall outside of the capital’s centre.

Initially, the Health Ministry of Armenia reported that more than 60 individuals had been hurt, including roughly a dozen kids.

Minister of Emergency Situations Armen Pambukhchyan, quoted by the Sputnik Armenia news agency, said the fire had been extinguished, but strong winds still posed a threat.

The incident happened when a gas pipeline exploded at the wholesale location after a fireworks warehouse blew up there.

The former Soviet Republic of Armenia in the South Caucasus is one of the world’s poorest countries.