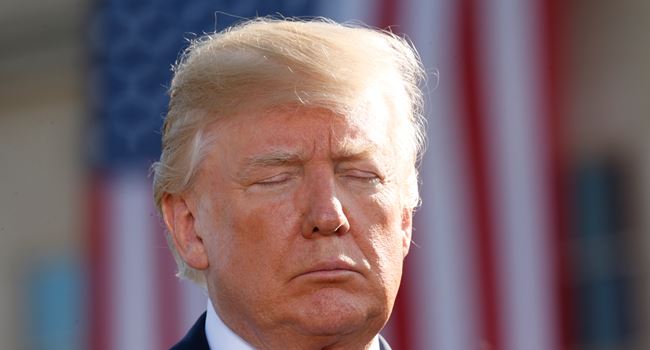 Six Republican Senators have joined their colleague in the Democrats in a 56 to 44 vote ruling that the second impeachment of former United States President Donald Trump is constitutional and can move forward.

Senators Mitt Romney and Lisa Murkowski were among the expected GOP to cross the aisle, while Bill Cassidy notable joined them despite earlier voting for Rand Paul’s procedural motion to dismiss the impeachment as unconstitutional.

The resolution, which required only a simple majority rather than the supermajority required to convict, was passed after a day of arguments that began on Tuesday with graphic footage of the Capitol Building riots on January 6.

During the early arguments, the Democrat’s House manager Jamie Raskin, broke down in tears as prosecutors remembered the events of the day and the “chilling to the core” response from Trump urging his supporters to fight to the end.

Raskin focused on what they called a “January exception” to the constitution, framing Trump’s defence that he is a private citizen now out of office, as setting a precedent that would allow presidents to escape consequences for crimes committed in their final weeks in office.

So powerful was the prosecution’s presentation that Trump’s defence team reportedly changed the order of their speakers in an effort to lower the emotion before making their constitutional and free speech arguments.

Read also: History to be made in US, as Trump’s impeachment trial begins

Trump’s lawyer Bruce Castor argued that the so-called “January exception” was nonsense as a president who was guilty of crimes faced punishment by the criminal justice system, and that impeachment was an attack on the constitution so that Democrats didn’t have to face Trump in an election again.

While Joe Biden wasn’t watching the proceedings, according to the White House, Trump was reportedly “screaming” at the television at the performance of his defence attorney, who received widespread ridicule over his meandering speech.

Trump may not have ever admitted that Joe Biden beat him in November’s election, but his under-fire impeachment lawyer Castor did just that during Tuesday’s proceedings.

Castor, who has been targeted with criticism and online memes over his rambling opening statement, said:

The comments are in contrast to what Trump and his defence team have been saying so far, alleging that the election was “stolen” and rigged, filing several lawsuits that were either rejected or withdrawn.

Trump has also repeatedly claimed that he won a “landslide” victory and continued with the claims in his “Save America” rally, after which his supporters stormed into the Capitol during the hearing to certify the election results in favour of Biden.

The trial was adjourned until Wednesday.

We have developed ‘new approach’ to fighting insecurity —Osinbajo