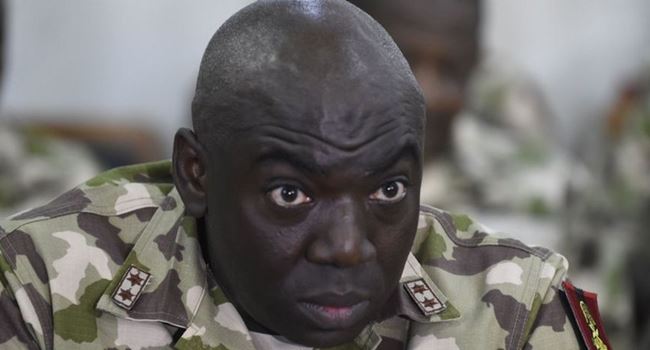 He was one of the 12 people on board the ill-fated military Beachcraft 350 aircraft that crashed near the Kaduna International Airport on Friday evening.

The late Attahiru was appointed alongside three other service chiefs by President Muhammadu Buhari in February.

He succeeded Lt. Gen Tukur Buratai (retd) as Nigeria’s army chief and was given the mandate to lead the country’s onslaught against the Boko Haram insurgents and other criminals terrorizing the citizens in many parts of the country.

On a parting shot, Ripples Nigeria highlights six major things Nigerians may not know about the departed army officer.

– He was a graduate of the Nigerian Defence Academy, Armed Forces Command and Staff College, Jaji, and Nigerian Army School of Infantry.

– He served as a commander of Operation Lafiya Dole, the special military unit formed to deal with insurgents in North-East Nigeria.

– Before his appointment as army chief, the late Attahiru headed the 82 Division of the Nigerian Army.

– He was suspended by the army authorities following increasing attacks by Boko Haram insurgents in 2017.

– The late army chief worked with the United States Defence Logistics Agency on the Vertically Integrated Logistics Approach (VILA) Programme towards enhancing the operational readiness in the Nigerian Armed Forces.

Related Topics:Ibrahim Attahiru
Up Next