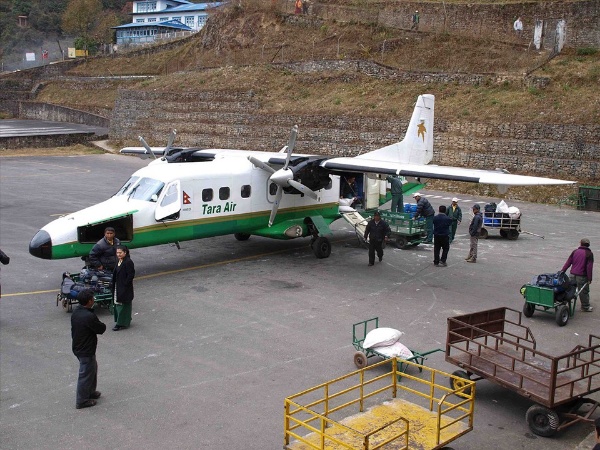 A small Nepalese passenger plane operated by a private airline has gone missing on Sunday with 22 people on board, a few minutes after taking off from the tourist city of Pokhara, airline officials said.

The plane, a Tara Air aircraft reportedly took off at 9.55am from Pokhara, but lost contact with the control tower 15 minutes later, according to an airline spokesperson.

The aircraft was scheduled to land at Jomsom Airport in the Western mountainous region at 10:15am but lost contact with control towers both at the departure and arrival airports

According to airport officials, there were 13 Nepali passengers, four Indians and two Germans on board the Twin Otter 9N-AET plane.

The Nepal government has deployed two private helicopters to search for the missing aircraft while the Nepal Army and police personnel have been dispatched to carry out search through land route, officials added.

Nepal which is home to the world’s highest mountains, has a record of accidents on its extensive domestic air network, with changeable weather and airstrips in difficult mountain locations.

Related Topics:Nepal plane
Up Next