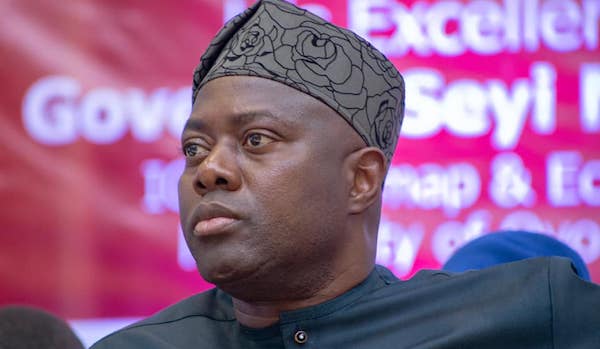 Imams and Alfas in Oyo State have been asked to ignore an invitation by the state Governor Seyi Makinde to a Ramadan Iftar.

The group, Joint Action Committee for the Preservation of the Rights and Honours of Imams in Oyo State, said the invitation is a gross violation of the social distancing directives of the Federal Government in view of the COVID-19 pandemic.

The group, in a statement signed by one of its executive members, Abu Aisha Muhammad, said it was shocked by the invitation as the governor’s action contradicted his position on social distancing directive.

The group said: “Our attention has been drawn to a letter of invitation to a Ramadan Iftar by the Governor of Oyo State, Seyi Makinde.

“As much as this group is not holding brief for the Federal Government, neither is it acting as the mouth piece of the National Centre for Disease Control, we view with dismay and indignation the non-statesmanship conduct of the state governor who, in spite of the pandemic, organised an Iftar for the League of Imams and Alfas in Oyo State.”

Read also: I report directly to Buhari, not Nigerians —Gambari

The group further stated that in accordance with the dictates of the Shariah to obey constituted authority, it would not want the clerics to attend the programme as it was in contravention of Federal Government’s directives.

“And for fear of our imams contracting the coronavirus and transmitting it, we ask our imams and alfas to boycott it.

“Some of the scholars and leaders cited the ravaging COVID-19 pandemic as one of the reasons. Secondly, the day fixed for the Iftar falls within the day the search for lailatul qodr begins and no one could say if the night of that day is exactly the lailatul qodr. If this happens, then substantial number of the Imams, who would attend, would have missed the majesty and magnificent benefits of that night”, it said.