Home » Graffiti » SOCIAL MEDIA: Is it really a cause for concern 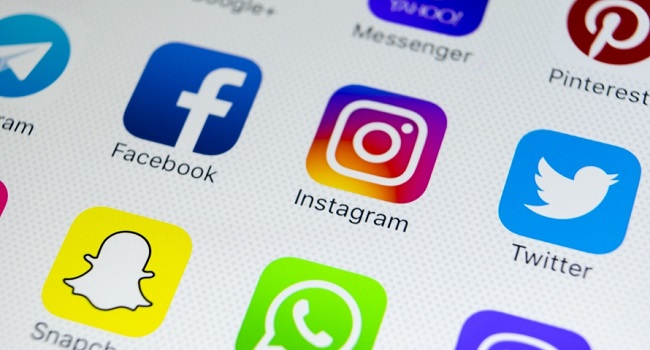 The primary aim of social media is in its interactions, dissemination of information and connections. Social media has done the world a lot of good, its benefits are innumerable, hence; its importance cannot be overemphasized.

Relating social media to Nigeria’s context, it has provided jobs and means of livelihood to many, it has brought about immense awareness as before one has to watch the TV or buy a newspaper to be in the know, it has connected people from all spheres of life “the rich, the poor; people of different creeds, colours, religions amongst others.”

Literally, social media is a major tool for political campaigns of which the present government benefited principally from it via massive media blitz in 2015 and 2019 respectively. While Nigerians have a barrage of questions, the mind-boggling question will be “Who is afraid of the social media?”

Section 39(1) of the 1999 Constitution of Nigeria guarantees the Freedom of Expression and Section 22 of the 1999 Constitution of the Federal Republic of Nigeria states that the press, radio, television and other agencies of the mass media shall at all times be free to uphold the fundamental objectives contained in this chapter and uphold the responsibility and accountability of the government to the people.

Social media over the years has bridged the gap between government and the governed. The government via social media can really know what’s happening in the society and feel the pulse of the people; the governed on the other hand can inquire into the activities of the government, get involved in governance and hold government accountable. But there is a caveat which has been recently introduced in the lexis of government called Fake News.

Read also: The youths and the quest for political leadership in Nigeria

Fake News without mincing words is news that is not true. As we all know, every beneficial tool to mankind has its pros and cons, hence; we must be careful not to throw the baby out with the bathwater.

Different people use social media for different reasons, however; this doesn’t obliterate its relevance and usefulness. We have sufficient laws to address fake news in Nigeria under our Cybercrime Act 2015 and people have been prosecuted according to the canons of the law.

Many of these social media platforms like Facebook, Twitter, Instagram, and YouTube have put mechanisms in place to check fake news and once the news has been established to be fake, it will be taken down with other concomitant sanctions. Facebook has over 30,000 staffers trained for monitoring as well as automatic mechanism for determining fake news.

In the heat of Covid-19 pandemic, a US-based Nigerian Doctor, Dr Stella Emmanuel delivered a speech where she claimed Hydroxychloroquine, Zithromax and Zinc were effective cures for Covid-19 and she had used the drugs to treat not fewer than 350 patients successfully, the video went viral and was retweeted by many including President Donald Trump but was taken down shortly after by Facebook and Twitter as fake news, which shows social media is indeed regulated.

I appeal to government not to drag this issue beyond this lest we draw the ire of the people, we should be careful that this doesn’t metastasize. We are gradually coming out of the #EndSARS saga and the activities of its hijackers, let’s give peace a chance, just the way #EndSars started, #SayNoToSocialMediaBill is already gaining traction.

If democracy is truly the government of the people, for the people, and by the people; if sovereignty truly belongs to the people, let the social media bill die naturally and never resurrect.