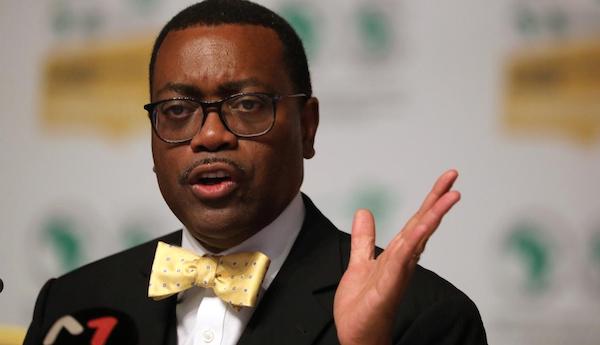 Many Nigerians on social media continued to vocalize their stance concerning the inadequacies of the current administration of President Muhammadu Buhari, going all out on Thursday to call for an end to bad governance.

Although trending issues across social platforms were not limited to politics, the following topics garnered maximum engagements

Twitter Nigeria dragged the President of the African Development Bank, Akinwumi Adesina for defending former Nigerian Head of State, General Yakubu Gowon (rtd) against his looting of public wealth as alleged by a UK Parliamentarian.

According to Adesina, who is a former Minister of Agriculture in Nigeria, the allegations were false and not a character of the ex-military leader who he described as a man of “great honour and an admirable elder statesman of Nigeria, whose honesty and integrity were impeccable”.

Adesina’s defense recieved criticisms from Twitter users who called Gowon a “war criminal” for breaching the Aburi Accord of 1966 and supervising the deadly civil war in Nigeria between 1967 and 1970.

He is a war criminal. No matter how much you all try to paint him as a good man. He will always be known as one

AfDP President Adesina could support General Gowon all he wants but saying a coupist & someone who reneged on the Aburi accord, leading to the civil war & the death of about 3 million people is decent, honest, humble & a man of integrity is nothing but outright falsehood.

A war criminal who masterminded the genocide of over 4m defenceless men, women & children, reneged on the Aburi accord, involved in d Malaria Global Fund Fraud & now CBN Looting is who u described as honest, integrity etc?

In saner climes he shud be in @IntlCrimCourt. Shameless pic.twitter.com/mX2D7kI3GV

Fans of Don Jazzy and his fellow celebrities poured well wishes on him as he turned 38 on Thursday.

The Nigerian record producer and singer, who is the founder of Mavin Records, took to Twitter to announce his birthday stating that he was grateful for life even though it was an eventful year.

Nigerians have lauded the music producer for his relevance and impact so far in the music industry.

The single most impactful human in Nigerias music history.. happy birthday @DONJAZZY my respect for you has no ceiling!!! Respect always pic.twitter.com/Wh2mKYwPCu

How it started! How it's Going! pic.twitter.com/g8HyFxrZnv

The hashtag trended on Twitter on Thursday as young Nigerians, especially #EndSARS protesters, aired their grievances against the bad leadership style of the Nigerian government, following its failures to implement the demands of the people since the October demonstrations.

Nigerians have continued to ask ‘Who Ordered the Shooting’ of unarmed protesters by military men at the Lekki toll gate as controversies concerning the incident heighten by the day.

Nigerian government officials actually hid Indomieeeeeeee from citizens 🇳🇬💔
Please think about it Indomie o! After stealing everything from us.
Evil rulers that we have. #EndBadGovernmentInNigeria #EndSARS pic.twitter.com/54saymgyci

The US Consulate has followed suit with UK on sanctions against corrupt government#endsars#EndPoliceBrutalityinNigeraNOW #EndBadGovernmentInNigeria #LekkitollgateMassacre #referendum2021 pic.twitter.com/daoFFhXAcy

The panel have officially summoned Csp. James Nwafor (RTD) to appear before it. The summons are to be served to the Anambra State police command and he should appear on Tuesday (8th December 2020).