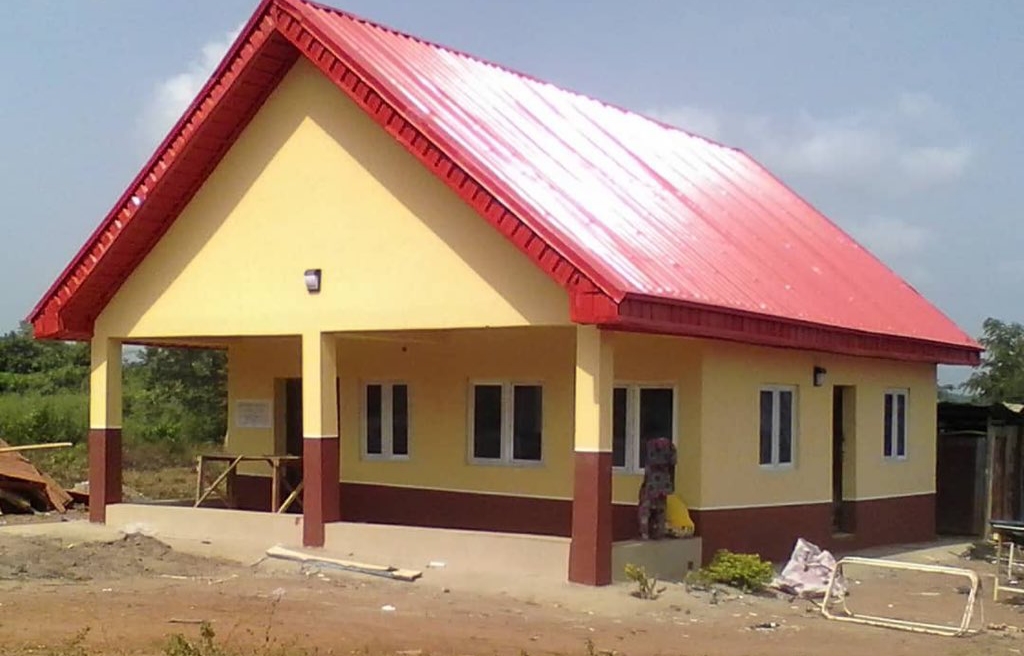 Social media users had reasons to call out individuals as well as react to controversial comments on major issues centered on the nation’s politics.

The following conversations were the highlights of Thursday’s trends:

The lawmaker had on Wednesday, posted a picture of the renovated structure on his Twitter page but received backlash as some called the building a large “first aid box” and nothing compared to hospitals in developed societies.

Many also faulted most Nigerian politicians especially House Members who prefer to be lauded for carrying out ‘substandard’ projects.

In response to the outburst on social media, Hon. Alabi explained that the project was a renovation of an already-existing healthcare facility in the Ajiwogbo community.

He stated that he didn’t see the need to expand the hospital since it only admits about five patients a day, and that the project was a fulfilment of the promise he made to the community during his campaign.

Sir no disrespect but i guess you travel abroad and you see how their health center look. Why is it had for you people to do same for your own people, can you bring your family or friends or even yourself to this health center for anything.

Lagos is in good hands. pic.twitter.com/fllL3T526I

The mediocrity of our politicians is legendary and Akin Alabi is no exception. pic.twitter.com/E0ptyzyaym

We have repeatedly clamoured that the name of the lawmaker should not appear as SPONSOR in constituency projects.

It's not your personal money FGS! pic.twitter.com/qzKO0RigBh

So Akin Alabi flew in contractors all the way from Abuja to Ibadan just to construct a First Aid box and call it Health Centre. pic.twitter.com/Hpk52u4gw2

Y'all should take it easy on Akin Alabi.
The political reality is the people of Ajiwogbo will appreciate the 'health center and probably that have never had it so good in the past.
Akin Alabi's mistake is posting it on here, the standard here is higher than that of Dubai.

In the original post, it wasn’t like I boasted that this was massive or an “ultra modern” or a world class facility. I helped connect the village and the agency, worked hard to make sure it happened. The entire details are in the pictures. No bragging. I don’t understand the vex.

You are singing praises cos of the dearth of leadership in Nigeria. What else was expected of him? And just so you know, it still does not justify the sham of a building called an health centre which his name is boldly written as a SPONSOR…

The Senior Pastor of The Citadel Global Community (formerly Latter Rain Assembly), Tunde Bakare, was also dragged for saying that the national leader of the All Progressives Congress (APC) Bola Tinubu, has fought and won many battles on behalf of the Yoruba people.

He made this know to his congregation at the Lagos Citadel church, in a sermon titled “An Idle Man’s Brain is the Devil’s Workshop” where he stated that God did not need anyone’s approval to put Tinubu in a hall of fame.

“Like Jephthah the Gileadite, he [Tinubu] has fought many battles on behalf of the Yoruba people and won despite his rough beginning and God does not need anybody’s permission to put such in his hall of fame despite their past deeds and ancestry.

“Despite his growing up challenges, the dents and the detours of his life, he like Jephthah delivered Lagos State and nearly all the southwest states from the onslaught of the PDP from 1999 to 2007.

“Truth be told, without his cooperation and political dexterity, the APC victory at the polls in 2015 and 2019 would have been impossible,” the preacher said.

Bakare also advised South-West elders allegedly scheming against Tinubu to desist from the act and quit being judgmental of him because everybody has a past.

Tinubu will give accounts of all his deeds. He shouldn't be seen as a generous man, he is an integral part of the rots in Nigeria- Tunde Bakare( 28/10/2019, The Sun newspaper) @T_Bakare
People should see Tinubu as a Yoruba hero, he shouldn't be vilified- Tunde Bakare(20/12/20) pic.twitter.com/j4UwWA5DbZ

The same pastor that told us God has chosen him to succeed Buhari. I wonder whom his God is.

I pity those still attending Tunde Bakare's church. I wonder how a supposed "Man of God" will be campaigning for a well known corrupt man like Tinubu on the altar.

No respect for the things of God. You see this Christianity, na only God know who they serve am. I'm not shocked.