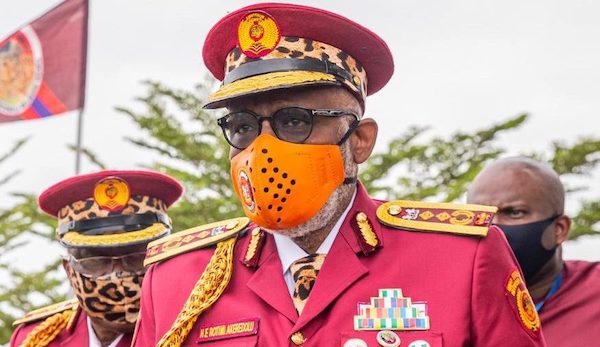 The #EndSARS campaign, alongside a few other issues, spurred reactions and debates across social media platforms in Nigeria on Friday.

The following topics garnered the most engagements:

Young Nigerians on social media have continued to leverage on the hashtag to campaign against the recent legal action by the Nigeria Police to frustrate proceedings at the state judicial panels of inquiry probing cases of police brutality across the country.

The move which was considered by many #EndSARS campaigners as a ploy by the police to cover up their atrocious activities and obstruct justice for victims, stirred up fresh threats of another nationwide protest.

Protesters expressed willingness to hit the streets once again especially after several alleged victims of the Lekki toll gate shootings reportedly appeared before the Lagos panel bearing testimonies to the shooting incident.

The #EndSARS hashtag which recieved close to a million engagements on Friday trended for the most part of the day, even though the police had withdrawn its suit against the panels.

BREAKING NEWS!!!! WE ARE BACK AND THIS TIME WE GO HARD OR GO HARD! #EndSARS pic.twitter.com/IUyK93lhKd

Let it be known that The Nigerian government opened fire on peaceful protesters but welcomed terrorists with opened arms.#EndSARS pic.twitter.com/i9Uy7zJ4Ud

The government of the day should kindly note that #EndSARS isn't against them but it is a campaign directed to help them realize a working system, where everyone is safe and valued.
We are moving again to increase awareness so please stop harassing and killing us.#EndSARS

“We were shot at, some of us have been in hospital since. Some have had to be amputated. We are here, still suffering” pic.twitter.com/cfD4rhugTW

The National Association of Nigerian Students (NANS) came under intense criticisms on social media following the election of a 45-year-old student of Ekiti State University, Sunday Asefon as president of the body.

The election which was conducted amidst chaos at the old parade ground, Abuja on Thursday brought Asefon to office with 55 votes ahead of his rival, Olushola Oladoja.

Mr Asefon’s position as president-elect was greeted with negativity by most social media users who have criticized NANS for involving in partisan politics rather than focusing on the interests of Nigerian Students.

Am suspecting that government put the man there to use them for 2023 elections. This govt think 2 steps ahead of youth.

How can a man in midlife crisis fight students causes?

Nigeria is a parody!

Nans is one of the most corrupt organization in Nigeria.
I call them Hallelujah boys who shout greatest gbo gbo and go behind to tell their masters they've subdued ur anger.

The soro soke generation is mostly the student community, the just failed their first litmus test. NANS election. What on earth will prompt the young senators in NANS to vote for a 43 year old man… Rationally, this is so bad.

Twitter Nigeria compared the regional security outfit in the South-West, Amotekun, to Sharia Police, Hisbah in Northern Nigeria after the field commandant of Amotekun, Osun State, Amitolu Shittu reportedly stated that punishment for indecent dressing and bastardization of the Yourba language would be part of their operations.

Shittu, who made this known during a youth empowerment program on Thursday, noted that the security outfit will not enable any form of immoral dressing or disregard for the Yoruba language especially among youths even though it was not stated in the Constitution.

Amotekun, originally responsible for curbing insecurity in the region, was strongly criticized for what was considered a case of misplaced priorities.

With the soro soke generation, I am sure they are just bluffing because we are still on police brutality and these guys are planning Leopard brutality. E no go work!

If truly Amotekun wants to start harassing people for "indecent dressing" and incorrect use of yoruba language, then this is what happens when you create a security outfit without content.