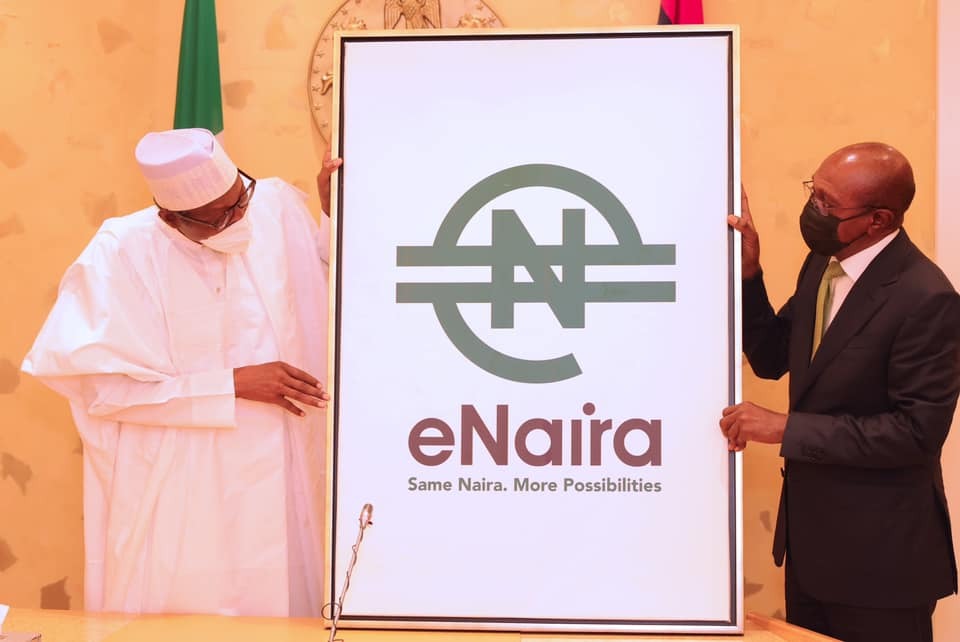 Nigerians on social media have called on the President Muhammadu Buhari administration to manage the dwindling Naira first before proceeding to digitalize the country’s currency.

The call followed the recent launch of Nigeria’s digital currency, eNaira by President Buhari on Monday at the State House, Abuja.

The new payment system which has taken four years to crystallise, will put Nigeria on the global Central Bank Digital Currency (CBDC) tracking map as the fifth country to launch a centralised national electronic money after the Bahamas first unveiled its version in 2017.

The unveiling event which was earlier scheduled for 1st October had the Vice President, Yemi Osinbajo; governor of the Central Bank of Nigeria (CBN), Godwin Emefiele, and other dignitaries in attendance.

At the launch, President Buhari said the adoption of the eNaira is estimated to increase Nigeria’s GDP by $29 billion over the next 10 years.

“We have become the first country in Africa and one of the first in the world to introduce a digital currency to our citizens,” Buhari said at the event.

The eNaira, as it is conceived, is an alternative payment system and store of value for households and businesses to hold and use. To establish the ecosystem, users will need to convert some of their existing bank deposits into eNaira to hold in their wallets.

The digital currency has two applications; eNaira Speed Wallet and eNaira Merchant Wallet which can be found on both Google and Apple app store.

The apps website explains the overall function of the currency and its value to Nigeria’s economy.

“eNaira is a Central Bank of Nigeria-issued digital currency that provides a unique form of money denominated in Naira.

“eNaira serves as both a medium of exchange and a store of value, offering better payment prospects in retail transactions when compared to cash payments,” the statement read in part.

Since its launch, Nigerians on social media have expressed skepticism over its sustainability by the Federal Government as they hope the innovation will have a positive ripple effect on the Naira.

Related Topics:#featuredeNairaNigerianssocial media
Up Next