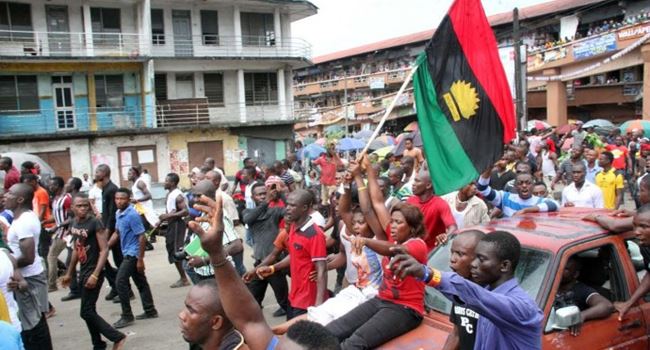 Social media users Wednesday showed particular interest in national politics and lifestyle trends for most part of the day.

The following stories made the highlights across social platforms:

In a three minute video, a factional leader of the sect revealed that 78 farmers against a reported 43 were slaughtered because they handed over one of his men to the military.

He further warned those assisting the military’s man-hunt against the group with intelligence information to desist from the act or face a similar fate.

“The third message is on those who notoriously nab our brethren and hand them to the military or give them a clue on us. You should know that, unless you repent, what happened to your people is awaiting you.” he stated

The content of the video sparked reactions on social media.

Shekau has just released a new video claiming the responsibility for beheaded over 70 farmers in #Zabarmari village.
He said, it's a retaliation on farmers for arresting some of their members and handing them out to the Nigerian Military.#ZabarmariMassacre pic.twitter.com/GExcCGJnhE

Buhari that promise to lead the attack on terrorism from the front foot is found wanting and has no solutions to this killings, meanwhile Shekau just released a video mocking the government and saying they killed more than 43 farmers. Buhari and his chiefs are clueless

Nigerian Service Chiefs have made Shekau to be immortal, the deadly terrorist is boldly speaking live on TV on the recent killings of innocent farmers without trace. Shekau doesn't hide his face, the Government traced down #endsars protesters but Shekau isn't behind bars to date.

Shekau has never promised and failed to deliver.
If he was a politician in Nigeria,he would have been a rare breed.

I'm hoping he turns a new leaf,
Float a political party;Throat Slitters Congress(TSC),
Then show these Morons ruling us how to deliver on promises.

Pro-Biafrans on Twitter reteriated their demands for a referendum and a restoration of the Independent State of Biafra with the above hashtag on Wednesday.

The development followed a memorandum sent to the National Assembly by the Indigenous People of Biafra (IPOB) team requesting for devolution of powers into six autonomous regions as contained in Nigeria’s 1963 constitution.

The original founder of the secessionist movement, Emeka Emekesiri, while speaking with newsmen on Tuesday, stated that the decision was based on the recommendations of the British government who were still interested in Nigeria remaining as one country.

Some of you don't know what it means to be a #Biafran
Some of U think that we do what we do because of any Man no, we do what we because of our survival as a People,if we #IPOB stop what we're doing now everybody will go down it dose not matter who you are#EndNigeria#BiafraExit pic.twitter.com/nJspgSB1sQ

If you voted for BUHARI, good riddance; you got your wish. If you now think #Restructuring is your way out of BUHARI, good luck. If you’ve given up, it’s ok; sleep tight. But by all means, stay in your lane & stop obstructing those that want to fix your mess through #Referendum.

Politicians are just playing with the lives of civilians

For how long are we going to live in this way?

Disintegration of Nigeria is inevitable#BiafraExit

Ned Nwoko, Nigerian philanthropist and husband of Nollywood star actress, Regina Daniels has taken exception to the dating tradition, boasting that his marriage was still solid even though he married all his wives within three weeks.

The billionaire politician while speaking with BBC Igbo stated that he had married his sixth wife, Regina without knowing about her but grew to love her within the marriage.

He further hinted on a possible seventh wife due to his polygamous background and fondness for children.

“So whether I marry another wife or not, she [Regina] knows it can happen because I come from a very polygamous environment. I love children so I want more children. She knows this and my other wives know this” he said

Nigerians on social media also reacted to this.

I married Regina 3wks after I saw her. I can marry more women if I want and Regina knows that can happen – Chief Ned Nwoko. 😃 pic.twitter.com/3aN4d1lStZ

Regina Daniels: I am young and beautiful, I don't think my husband will marry another wife

Ned Nwoko sounding like he did Regina Daniels a favour marrying her
A whole spec like Regina pic.twitter.com/BkHCKum1NW

I love my husband, Ned Nwoko is an amazing father & that's what is important to me. He shows me so much love, more than any younger man ever can. I'm happy, last wife or not.

Ned Nwoko said that you shoudn't date before marriage. He said you should just marry and you will begin to fall in love inside the marriage. Please this advise is for Billionaires only. Dear Young men, disregard this advise if you are not a Billionaire and an ugly one.