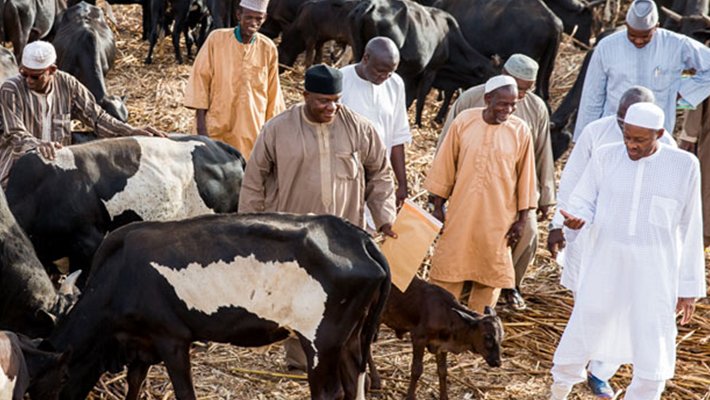 As the security situation in Nigeria grows worse, Nigerians on social media have continued to call out President Muhammadu Buhari over his seeming laissez-faire attitude.

A few other issues also made top trends on Monday, with the following sparking heated conversations across social platforms:

Many Nigerians have considered ‘inhumane’ the response of the presidency to the reported abduction of school boys from a government Science Secondary School in Kankara local government area, Katsina State on Friday which generated public outcry.

This was following attempt by the President’s spokesperson, Garba Shehu to beat down the number of kidnapped school children to 10 as against 333 students originally reported by the Katsina State governor, Aminu Masari.

The calls for the president’s resignation also grew louder on Monday after he failed to pay an empathy visit to the school despite being present in the state.

The general body language of the president to the unfortunate insurgency and banditry bedeviling the north sparked the following reactions on social media:

Cows matter more to this man than Nigerians. This is another evidence.#Cattlecracy reigns here.

#BuhariMustGo Lifeless, wicked, incompetent tyrant @MBuhari has his priorities wrong at all times, no country should be stuck with such a rudderless "leader" #RevolutionNow pic.twitter.com/1IFMEtJCuZ

Buhari Hate Nigerians and he is showing it. #Buharimustgo

you know more than us Sir, ask the right people

Secessionist movement, Indigenous People of Biafra (IPOB) on Sunday announced that it had launched a new security outfit known as the Eastern Security Network (ESN) in the South-East and South-South regions of Nigeria.

According to the IPOB spokesperson, Emma Powerful, the security outfit was born out of the necessity of the perceived “failure” of South-Eastern governors to put measures in place to protect the people in those regions.

“We can’t watch helplessly while those we are agitating to liberate from bondage are gradually being eliminated by terrorists,” he said.

The security network is expected to function like Amotekun in the South-West to curb all forms of insecurity and criminalities in the regions.

Nigerians are reacting to the development following video footages of the group undergoing training.

How will a proscribed IPOB run a security network? Am I missing anything? This is a good initiative but the timing is wrong.

Their gang up against the Igbo's has come to an end all thanks to @MaziNnamdiKanu ipob we move
Eastern security network pic.twitter.com/vjemKomjzc

This will only trigger the "Zoo Army" to come over there for you guys. They will see this as a preparation for war. Very dumb move. You need the support of one of the world powers to achieve what you want.

Twitter Nigeria raised the hashtags #FreeOmahLay and #FreeTems after fast-rising music artists, Stanley Omah Didia, alias Omah Lay and Temilade Openiyi, also known as Tems, were on Sunday taken into custody by the Katwe Police in Uganda following their performance at a Lunch Show, “The Big Brunch” in Kampala Uganda.

According to reports, the duo were charged to court along with four other Ugandans for “acts that are likely to cause the spread of infectious disease, Covid-19”.

The singers would be remanded in a correctional facility till Wednesday, December 16, the Ugandan Police Force announced via its Twitter handle.

Tweeps called out the Ugandan government for humiliating the musicians and ‘disrecpecting’ Nigeria’s badge as the ‘Giant of Africa’.

The earlier plans of releasing them on police bond, were suspended after their casefile was sanctioned by the Office of the DPP.
They were jointly charged with four other Ugandans. All remanded till Wednesday 16.12.2020.

Ordinary Uganda is dealing with artists from the giant of Africa ? @abikedabiri please act!

South Africa will do their own
Ghana too
Now Uganda tori Olohun!!!
And you call yourself Giant of Africa
Tuueh!#FreeOmahLay

We need to know why Omah Lay, Tems and Muyiwa Awomiyi are in custody in Uganda!! How do you invite Nigerian Artistes to your country and detain them??
Uganda government, pls come correct!! Don’t use our Artists to play politics!!!

You see how useless your country is to smaller countries?