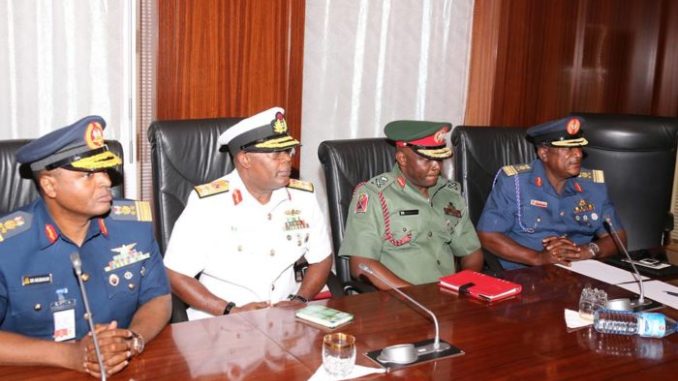 Matters of national concern turned out to be major focus in the Nigerian social media space on Tuesday as users engaged in interesting conversations.

Nigerians were triggered to trend the hashtag on Tuesday after Writer and Investigative journalist, Fisayo Soyombo released an investigative report, confirming at least 21 deaths from the Lekki shooting of unarmed protesters by the military on October 20, 2020.

The report titled “#PortraitsOfBlood”, aimed at uncovering alleged post-#EndSARS cover-ups by the Nigerian military and the Lagos state government as to the killing of innocent protesters, agitated most Nigerians with its heartbreaking details.

The report bore shocking revelations of how a female soldier had allegedly filmed the entire shooting incident and how bodies of protesters were stacked in the army truck never to be seen again.

The report also disclosed how doctors with Reddington Hospital, Lekki, were warned by the state governor, Babajide Sanwo-Olu, not to announce any death even though the hospital had allegedly received 10 gunshot victims on the night of October 20 with three already dead.

The development sparked fresh agitations among online #EndSARS protesters who have as well raised eyebrows to the persisting cases of brutality among security operatives.

You see those people crying and shouting, they are pained and tired, they don't relate to the deceased but it could be any of them. Everybody is tired of the rogue and ineffective operations of these security agencies.
Revolution is coming

The rot in the Police force is beyond SARS. People are still being stopped, robbed and framed by officers in uniforms. It hasn’t ended. #EndSARS

The IG of Police should be next. His handling of the #EndSars protest was a mess. He should have been fired in October 2020. Police brutality has continued. An innocent citizen was reportedly killed today.

As long as earth remaineth, these questions will be answered before this decade ends.#EndSARS

Nigerians were taken by surprise on Tuesday following news of the resignation and replacement of the nation’s Service Chiefs.

President Muhammadu Buhari had taken to his Twitter handle to announce that he had accepted the “immediate resignation” of the war chiefs and their retirement from service. He further thanked them for their “overwhelming achievements” and “efforts at bringing enduring peace to Nigeria”.

Finally, General Yusuf Buratai and his gang of criminals have been sacked. The General turned snake farmer would now know how it feels without the guns. Ndi ara! pic.twitter.com/Cj6RNorK5t

And whole lots of #Massacre. Good riddance to bad rubbish

Buhari replacing Buratai and other service chiefs is like declaring public holiday on a Sunday for students. You have destroyed Nigeria already!

While with excitement Gen. Irabor has been celebrated as a fine soldier, but there was an Olonisakin, a non-existent,figure-head Chief of Defense Staff

Attahiru replacing Buratai is throwing away your old Glo SIM& replacing with another Glo SIM.

Ladies and gentlemen…
Buratai is now officially a citizen just with Three escorts but the main point is he is now a citizen if you dig ??? https://t.co/PJQdqO0H1u