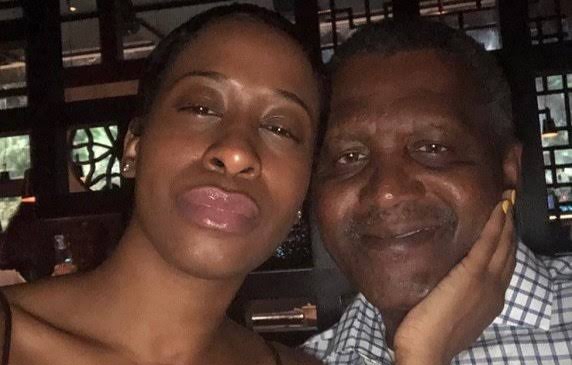 Twitter users from Northern Nigeria, otherwise known as Arewa Twitter, stood at the center of controversy on Saturday following further messy revelations from an alleged affair between Nigeria business magnate, Aliko Dangote and his American ex-girlfriend, Bea Lewis who claimed the business man broke her heart in pieces.

The faction was intensely criticized for failing to call out Dangote in their usual mannerisms in matters concerning morality, despite series of scandalous allegations against him.

This was after a Twitter user, identified as Roviel (@ObongRoviel) shared pictures of three of Dangote’s alleged love interests with the caption “Bants aside, Omo check out Dangote’s women”.

A compromising video of the industrialist, which also hit the internet later on, got Twitter users wondering why Arewa Twitter, who had vigorously criticized Rahama Sadau – a Kannywood actress – for wearing a backless gown for a birthday photoshoot, had chosen to remain silent in the Dangote saga.

Heated debates and conversations on the issue ensued, bringing phrases like “Dangote”, “Arewa Twitter”, “Rahama Sadau”, Hypocrisy” and “Religion” to the top of Twitter’s trends list.

Nigerians aired interesting takes on the matter as follows:

So in summary, Arewa Twitter approves of Dangote being a sugar daddy but despise seeing a woman dressed attractively, Noted!!!

Still waiting for Arewa Twitter to call Dangote a whore, harass him for lack of modesty and not covering himself, accuse him of violating his family’s honor, barrage his social media with death threats, and demand he publicly apologize for eating a haram and cheese sandwich.

Weren't angry when Nigerians in Dubai were funding terrorism.

They weren't angry when Dangote did Forbes Fornication.

Sharia law is for the poor. And women.

Rahama Sadau posted the pictures herself, that's why she was called out, but Dangote didn't post any pic, it's just a lady catching cruise with Photoshop, and yet you guys want Arewa Twitter to drag him.?? Have sense abeg, we know what we're doing.

This Dangote saga is not a haram for Arewa Twitter. It is too expensive to be subjected to criticism. Don't take away their daily bread please. ?

An award should be giving to arewa Twitter for the best hypocrites of the year.