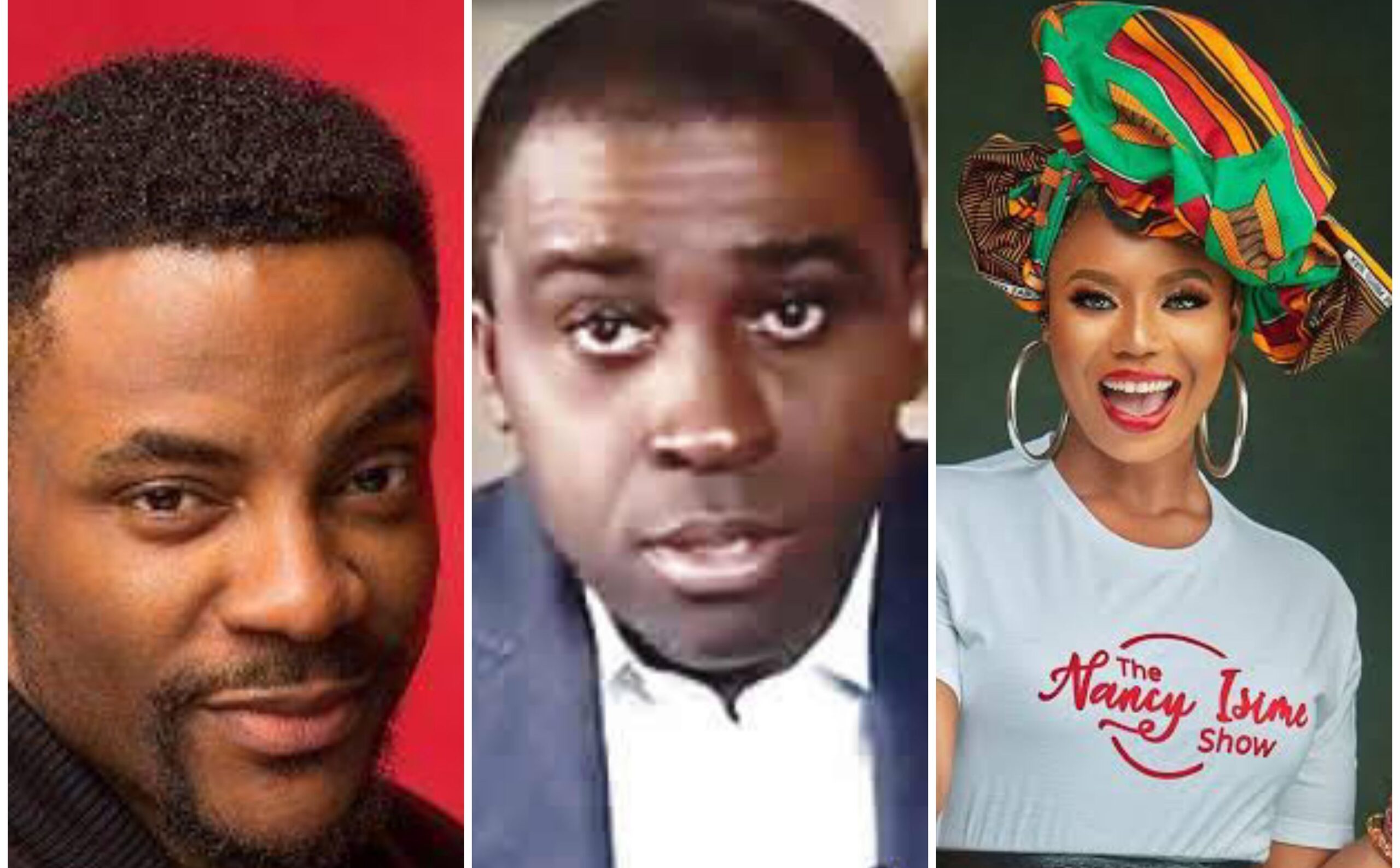 The social media space was abuzz on Friday as fans of Nigeria’s biggest reality TV show, Big Brother Naija advocated for a change of the show’s host, Chukwuebuka Obi-Uchendu, popularly known as Ebuka.

Giving reasons why Ebuka who had hosted the show since 2017 deserved a ‘break’, many rooted for actress and media personality, Nancy Isime as well as popular TV host, Frank Edoho of the defunct ‘Who Wants To Be A Millionaire’ show as possible replacements.

28-year-old Nancy who hosted the 14th Headies Award alongside stand-up comedian, Bovi in January 2021 had stunned viewers as she became the first female to host the award event for the second time in a row.

Some folks have however argued that Ebuka had been an outstanding host for the Big Brother Naija show, adding that calls for his replacement was nothing but a conspiracy.

“What did Ebuka do to deserve all this? Why would you want to change someone that has done a successful show for only three years and have him replaced with one who did WWTBAM for 13 years? Leave Ebuka alone! Please.”

The development is coming days after BB Naija organizers announced audition dates for the 6th edition of the show.

See how Nigerians have debated on the matter:

Which one is Ebuka don eat small? Is Frank Edoho hungry?

There is obviously a campaign against Ebuka.

Sponsored or not, I don't know but if it's whether there's a campaign? It's very obvious.

And tbh I don't know what the young man did to deserve it.

What did Ebuka do to deserve all this? Why would you want to change someone that has done a show successfully for only 3 years and have him replaced with one who did WWTBAM for 13 years?
Leave Ebuka alone! Please. https://t.co/ZtdLttZNxz

There is campaign against Ebuka, you can’t tell me otherwise 😤

You want Ebuka out and Nancy Isime or Frank Edoho in. Why? You said “someone else deserve a shot at the job too”

Well, someone else deserve a shot at your own job too and I feel you should be fired. ✌️

Gulder Ultimate Show became a shadow of itself after Chidi Mokeme left. He was just perfect, he left and things were never the same.

Those of you crying for a replacement of Ebuka at Big Brother Naija only want to destroy that show.

But your hatred for Ebuka has made you blind.

Ebuka went from housemate to hosting the show. Why would Big brother want to lose someone who is an example to housemates that you can build a brand for yourself after the show?
Y’all need to stop this nonsense.

Ebuka that gives us proverbs after every eviction show like he’s Pete Edochie is who you people want replaced as #BBNaija host? Haba na

Leave Ebuka alone. We BBN fans may pull him a little here and there but thats what family do. Leave him for us. We dont want anyone else but Ebuka.

You re-elected Buhari in 2019 after failing woefully but you want Ebuka who has been doing amazingly well as the BBnaija host to be replaced by someone else because you think he's earned enough money and recognition for himself? Do you stop going to work after salary increment?