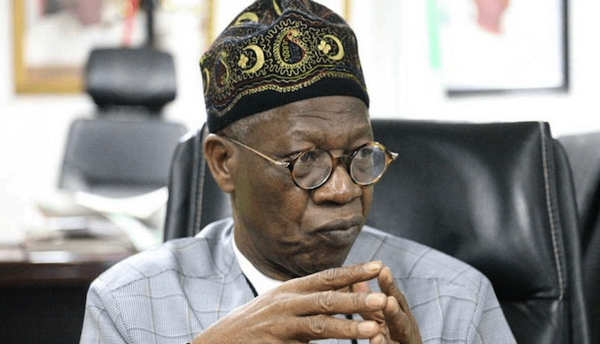 The most-engaged trends on the social media space in Nigeria have continued to feature political issues of national concern, and Wednesday was no different.

Nigeriana on Twitter found the following trends worth engaging:

The Minister while questioning the need for a second report during an interview with the Nigerian Television Authority (NTA) on Wednesday, stated that the “so-called recent development” had been seen before and there was nothing new.

“If there is anything new, it is a contradiction of CNN’s position,” he said

“What we are asking CNN is that where is your evidence? The military has been consistent. CNN contravenes the basic principles of journalism- fairness and balance,” Lai argued

In the report titled ‘Analysis of CCTV footage from Lekki toll gate: new questions about shooting’, CNN compared the CCTV footage with some videos shared on social media which local TV stations had been banned from using.

It also captured the Commander 81 Division, Brig. Gen. Ahmed Taiwo, admitting before the judicial panel of inquiry that live rounds were indeed used at the Lekki toll gate.

What baffles me more is the set of youths that reinforce his stance especially on twitter.

Mr Lai Mohammed is eating them raw again on NTA now.. @CNN watch . Nigeria can't be used as your next Evil ground like Libya & Somalia.

Lai Mohammed trying to imply that lekki massacre is not true and taking shot at the desperate CNN.
The world is watching!

Lai Mohammed needs to accept that CNN isn’t AIT. This is one TV station our government can’t bully. Even the world’s most powerful president has failed in that bid. Present superior facts to counter them. But these attempts to bully them only make things worse for Nigeria’s mage.

In a letter addressed to the red chamber, Senator Abbo explained that he dumped the party because of the mismanagement of the PDP in Adamawa state by Governor Umar Fintiri.

Tweeps had these to say about the lawmaker who once assaulted a woman physically while patronizing an adult toy store:

Senator Elisha Abbo, the woman beater. If you like remove your agbada and wear t-shirt. You are still that woman beater. All our political morons are same, jumping from PDP to APC to PDP doesn't make you different.

The Adamawa North sex toy shop Senatorial district law maker, Senator Elisha Abbo the woman beater has defected to the APC.
In his exact words, “Today, I have joined the president, Muhammadu Buhari to build the Nigeria of our dreams”

Beat this clownery! I dare you!??

The sex toy senator, Elisha Abbo has defected from the PDP to the APC.

Whom the APC declares free from corruption is free indeed.

List out all the bad rubbish currently existing within the party now. Not when they leave we get to hear they were bad rubbish.

In a normal country both PDP and APC would have rejected Senator Elisha Abbo but in Nigeria he is the one rejecting a party and choosing another.
A failed country, no much difference between APC and PDP, reason people move freely when they feel like.

A Twitter user, Anda (LazywritaNG) on Tuesday, accused officials of the National Identity Management Commission (NIMC) in PortHarcourt of extortion and refusing to attend to people who were ‘indecently dressed”.

Anda narrated how a female applicant was asked to stitch her ripped jeans trousers on the spot and another sent home for “disrespecting the Nigerian government” by putting on miniskirt.

While the government body is yet to address the allegation, Tweeps have considered it a case of misplaced priority.

Nigeria and their standard for public decency ?

They won’t go and face things that matter more , ( like making it easier to get an ID ) it’s ripped jeans and short skirt that is their problem.