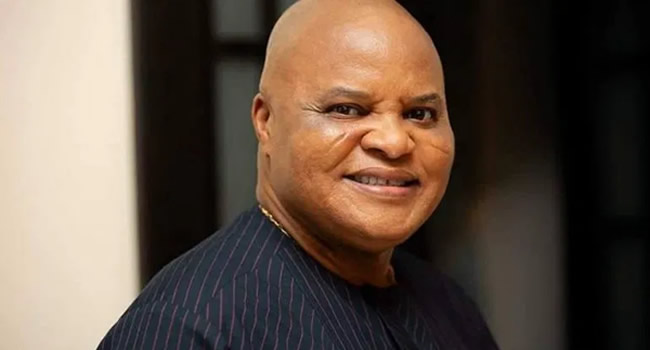 The social media space on Wednesday was well littered with pockets of outbursts to the ousting of Senator Ifeanyi Ararume as Chairman of the board of the Nigerian National Petroleum Company (NNPC) limited by President Muhammadu Buhari.

In his place, the President appointed Senator Margaret Okadigbo, wife of former Senate President and running mate to President Buhari in 2007 under the All Nigerian Peoples Party (ANPP), late Senator Chuba Okadigbo.

Recall that Senator Ararume who had allegedly been in a long-standing battle with Imo State Governor, Hope Uzodinma, was appointed NNPC board Chair on September 19, 2021.

The inauguration of the board and management scheduled for November 23, 2021 was however suspended.

The replacement of Ararume as announced by the President’s media aide, Mr Femi Adesina has sparked online reactions.

Nigerians have blamed media “smear campaign” berating Ararume’s competency for the NNPC top job as a reason for his removal.

Infact, a social media influencer and Convener of Concerned Nigerians, Deji Adeyanju in September described Ararume’s appointment as a display of “penchant for outlandish and unconventional methods of appointing cronies and men of questionable characters by the government of President Muhammadu Buhari”.

Many also think the rift between Governor Hope Uzodinma and Ararume may have played a part in his removal considering that although they belong to the same political party as the President, they have both pitched different factions within Imo state.

Read Also: SocialMediaTrends: How Nigerians are reacting to rumoured divorce of Ooni of Ife