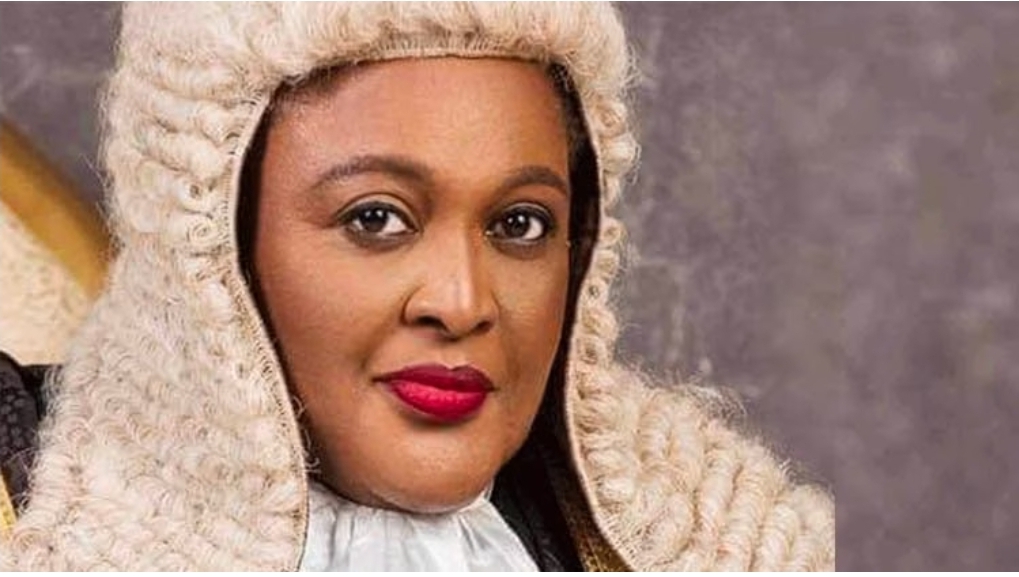 These reactions came after media reports surfaced online that Mrs Odili’s Maitama, Abuja residence was under siege by armed operatives and the Economic and Financial Crimes Commission (EFCC).

The Apex Court judge is the wife of the embattled Former Rivers State Governor, Peter Odili, who is currently under the radar of the anti-graft agency.

The action was taken after a Joint Panel Recovery Unit of the Federal Ministry of Justice comprising of the EFCC and the Nigeria Police Force reportedly obtained a search warrant from a Chief Magistrate Court in response to claims by a whistle-blower of suspected illegal activities at 9, Imo Street, Maitama, Abuja.

Justice Odili was said to have resisted the attempts by the policemen to search her house arguing that the warrant was not meant for her residence since she lives at No 7 and not No 9, Imo Street, Maitama as stated in the warrant. The operatives laid siege for hours nonetheless.

Meanwhile, Magistrate Emmanuel Iyanna, who granted the order for Justice Odili’s Abuja home to be searched has revoked same.

He said he was deceived to grant the warrant through misrepresentation of facts by two affidavits that were deposed to by the self-acclaimed whistleblower, Aliyu Umar and a senior Police Officer, CSP Lawrence Ajodo.

Nigerians who are not buying the excuse have dismissed the act as another ‘Onnoghen script’ being played by the current administration for reasons yet unclear.

These speculations are as Odili currently stands as the second most senior Justice of the Supreme Court after Tanko Muhammad who is the current Chief Justice of the Federation.

It would be recalled that President Buhari on January 25, 2019, about 29 days to the Presidential election, suspended Justice Walter Onnoghen from office as the Chief Justice and swore in the next most senior, Tanko to preside over the judiciary.

Here’s how Nigerians are reacting to the development: