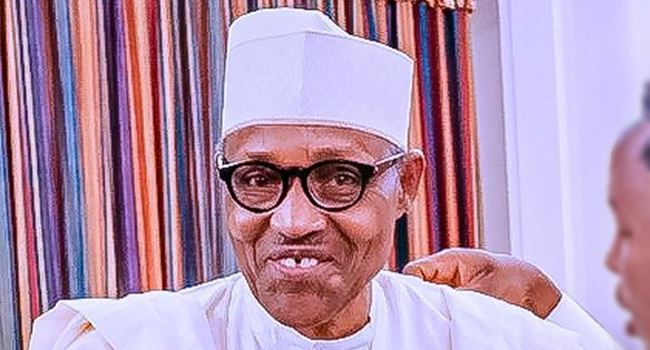 Major trends on social media on Thursday revolved around Nigeria’s President, Muhammadu Buhari and the ‘failing’ state of the nation with respect to education and national security.

State governors, the Senate President, House Speakers and other prominent Nigerians penned goodwill messages to President Muhammadu Buhari on the occasion of his 78th birthday on Thursday.

The President’s Special Adviser on Media and Publicity, Femi Adesina, also specially dedicated a birthday tribute to his principal titled ‘Buhari at 78: If Only We Knew the President’ where he noted the president’s benevolence and dismissed reports that Buhari was being impersonated by one Jubril from Sudan.

“Ask me for a loyal man, who never forgets a good turn, and I’ll show you Muhammadu Buhari,” Adesina wrote

Most Nigerians have however considered eulogizing the president in the face of obvious challenges confronting the nation as ‘sheer deceit’.

Happy 78th birthday to the father of the Nation, President Muhammadu Buhari. A patriot leader and a lover of Nigeria. pic.twitter.com/dKCE4oGUVG

Mr President, we wish you many happy returns ooooo pic.twitter.com/OrX0dFNoZD

Look what you have done pic.twitter.com/1AcW7i99XL

Governor Aminu Masari of Katsina State on Wednesday stated that the government was negotiating the freedom of over 300 school boys abducted by armed bandits in the Kankara Local government area of the state through the Miyetti Allah Cattle Breeders Association of Nigeria (MACBAN).

“We are discussing through the leadership of MACBAN, Miyetti Allah with those suspected to have carried out the abduction. I had a meeting with the Commissioner of Police and heads of security agencies two or three hours ago.” The governor said

“There are talks. It is not about who is in charge, but what is of paramount concern to me as the chief security officer of the state is that these students return home safely and this is what we are talking about.

“It is natural for patents to be angry, but as the state governor, I will answer for my deeds here and beyond. So, I am more concerned about the rescue of the children and the safety of people of the state.”

Still can’t wrap my head around this thing. A Government that negotiates with “bandits” and pardons terrorists but declares war on peaceful protesters. I’ll never be able to understand this. Never

That statement is undisputably true my sister. Dem get mouth for the Administration, no be small.

This killings will never stop… How are this people ok with this kind of negotiations.

Automatically Miyetti Allah are the real Bandit but Buhari government will never do nothing to them.

Concerned Nigerian students officially reignited the campaign to reopen schools with the above hashtag, in protest against the lingering strike action by the Academic Staff Union of Universities (ASUU) embarked on nine months ago.

The outcry was necessitated as uncertainties continue to surround the reason for the delayed resumption despite claims by the Federal government that it had faithfully delivered on the demands of the Union.

Students have urged the waring parties to settle their rifts soon as their future was at stake.

We're tired of staying at home.
Education is our right #EndAsuuStrikeNow pic.twitter.com/DZ2zbDz3lY

Omo 9 months is a lot of time
We're tired of several meetings? who will waste 9 months of their lives while building it and be happy? Staying at home isn't what we signed up for Please #EndAsuuStrikeNow You can't return our 9 months It's all gone? But don't elongate it further pic.twitter.com/hAvFUaLnmq

We actually know that after completing of our degrees, we are still not guaranteed sustainable jobs.
At least,let's finish this journey and start another phase of ramification.#EndAsuuStrikeNow #MrPresident pic.twitter.com/0TCbvItLnW