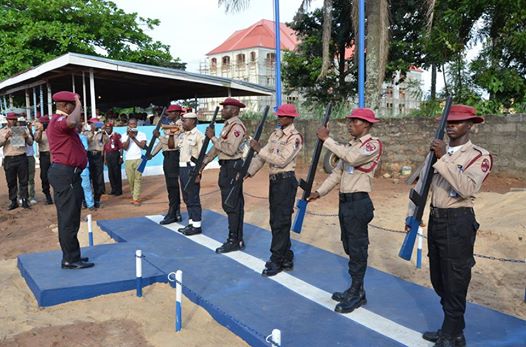 The Social media space in Nigeria on Friday paid attention to major National issues especially on the recent defence of 2021 budget by Ministries, Departmens and Agencies (MDAs).

Discussions heightened on Twitter as seeming obnoxious government policies were not allowed to slide without being addressed.

The #LekkiMassacre hashtag also made it to the trends table once again in remembrance of the incident which occurred nearly a month ago. But the following stories garnered the most engagements:

The Permanent Secretary of the State House, Tijani Umar on Thursday said that the N1.3bn allocated to fund the Villa clinic was insufficient.

He made this known to newsmen after his budget defence session before the Senate.

According to him, the funding was inadequate when juxtaposed with the caliber of people the project was going to serve later on.

“When compared with worldwide standards, you’ll see that it is not anything near what we need. It [the clinic] is considered a legacy project for us because we want to leave something down,” said Mr. Umar

This school is in Buhari's state.

But they're using $1.3b for Aso Rock Clinic.

And they are spending billions for aso rock health clinic???

Many Nigerians went sarcastic with their replies to a Twitter user, Tunde Omotoye (@TundeTASH) who asked if Nigerian Postal Service (NIPOST) was prepared to adopt mail-in-ballot ahead of the 2023 general elections.

They are not rude o. Na true story. People shared their NIPOST experiences online during the lockdown.

The worst thing we can attempt at this point.

Ex-presidential candidate and convener of the #RevolutionNow movement, Omoyele Sowore trended on Twitter once again after he reportedly stagged an #EndSARS protest at the National Assembly Complex in Abuja on Friday.

He also accused the governor of Osun State, Gboyega Oyetola of sending armed thugs to attack and abduct some of his crew on their way to a press conference.

Mixed reactions trailed Mr Sowore’s intentions with the sustained demonstrations so far. While some think his doggedness for justice is commendable, others think he might simply be seeking attention.

Too much of everything is bad, what are they protesting about again?

@YeleSowore All this cheap propagandas and lies will not take you anywhere but rather bringing yourself and personality down always. You need to start putting your energy on something else Mr

The Chairman of the House Committee on Federal Road Safety Corps (FRSC) said on Thursday that Road Safety operatives would now be allowed to carry guns.

He made the disclosure during the corps’ 2021 budget defence in Abuja stating that the development was in line with the 1992 Act of FRSC which allowed the corps to posses firearms.

Nigerians have questioned the rationale behind the move, especially at a time when the county is yet to recover from the recent agitations against police brutality.

FRSC that is always angry like an angry bird. You want them to bear arms? People that get angry because Nigerians know how to drive? Ah!

FRSC to carry guns, next on the line will be VIO then, NEPA will also be given guns.

Temi, Congratulations. I was privileged to screen-watch it in OAU and I strongly recommend it to all as a must-watch movie. I doff my cap for Kunle Afolayan group. Thanks to Baba Gebu, Ibukun Awosika, Gabriel and other Casts.