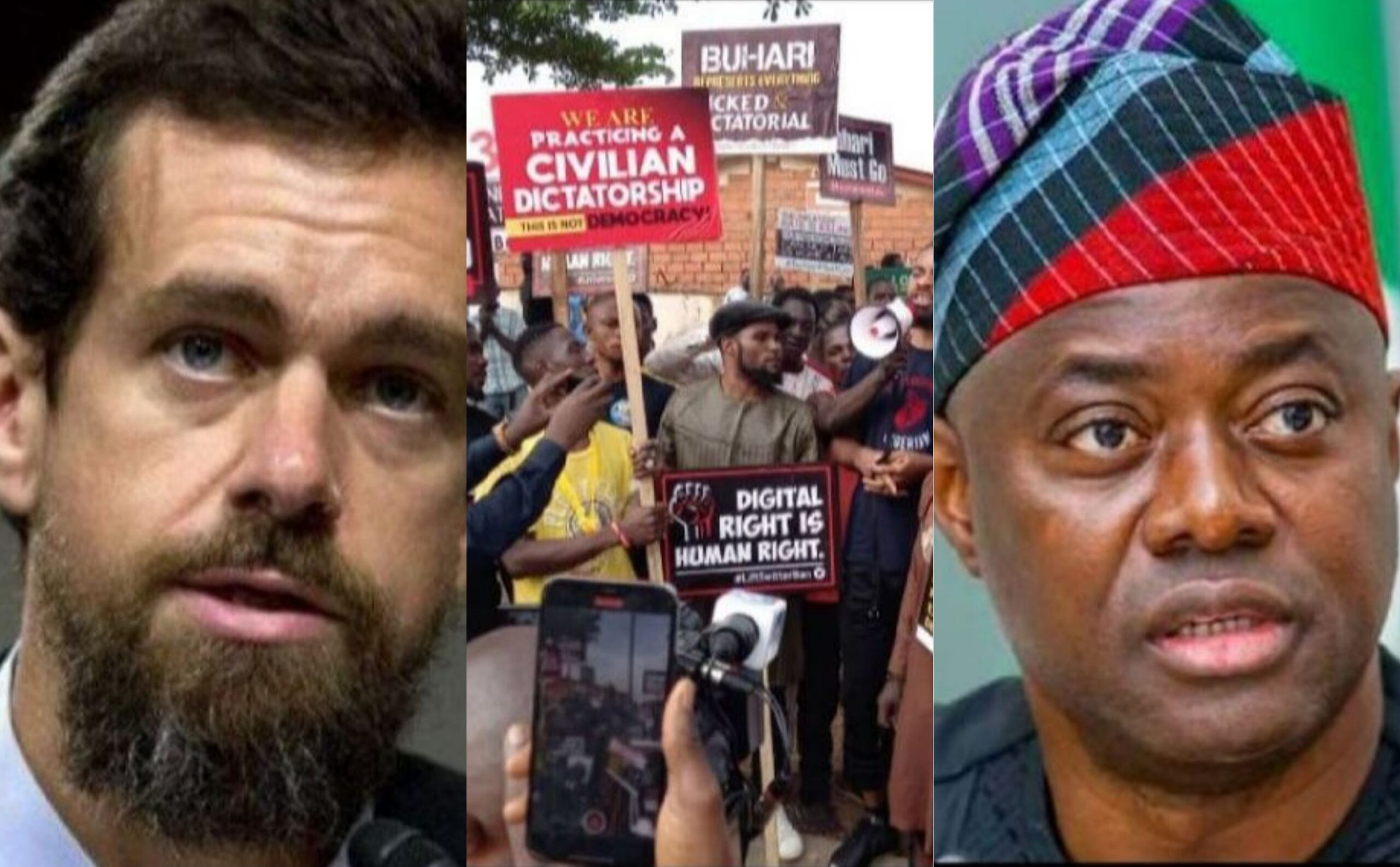 In support of the Democracy Day nationwide protests, online protesters displayed high spirits as they registered their solidarity with those on ground, using hashtags like #June12thProtest, #BuhariMustGo, #DemocracyDay, #EnoughIsEnough and #KeepItOn.

Agitators could also be heard chanting “Buhari is the problem”, “Buhari must go” as they called for an end to ‘bad governance’ in Nigeria.

One tweep, @Nigeriangod_ who joined in the online protest wrote: “I’d rather be a “REBEL” than a slave to this government. Speak out and don’t die in silence. #June12Protest #KeepItOn

@Provii8 also wrote: “If you’re not angry yet, just remember a bag of rice is more than some people’s wages and salaries. Rt #June12thProtest

@Olumuyiwaayo remarked: “When you read messages from people above 60 asking about means to japa, you should understand that fire don dey burn. #June12thProtest #KeepItOn”

We also took other reactions:

Nigerians on social media applauded the governor of Oyo State, Seyi Makinde for joining the June 12 protest in his state.

Makinde was reportedly spotted among the agitators at the protest ground in Ibadan, the state capital.

In a video that surfaced online, youths could be heard hailing him as the “governor they love” while he addressed them.

His presence received the commendation of many who took to social media to celebrating the Governor for his democratic gesture.

A post shared by Watch Movies on Flixvevo .com (@upnorthshows)

Amidst the ongoing face-off between the Nigerian government and Twitter, the CEO of the microblogging platform, Jack Dorsey on Saturday tweeted the Nigerian flag, in reference to the Democracy Day celebration in the country.

His tweet was published at 12a.m Nigerian time on Saturday.

The microblogging platform was blacklisted by the Nigerian government earlier in the month after it deleted a ‘controversial’ twitter post by President Buhari which referenced the Nigerian Civil War.

The platform said the tweet violated its rules against “abusive behaviour”, but the Nigerian government said Twitter will cease to operate in the country as it was often used for activities that threaten the “corporate existence” of the people.