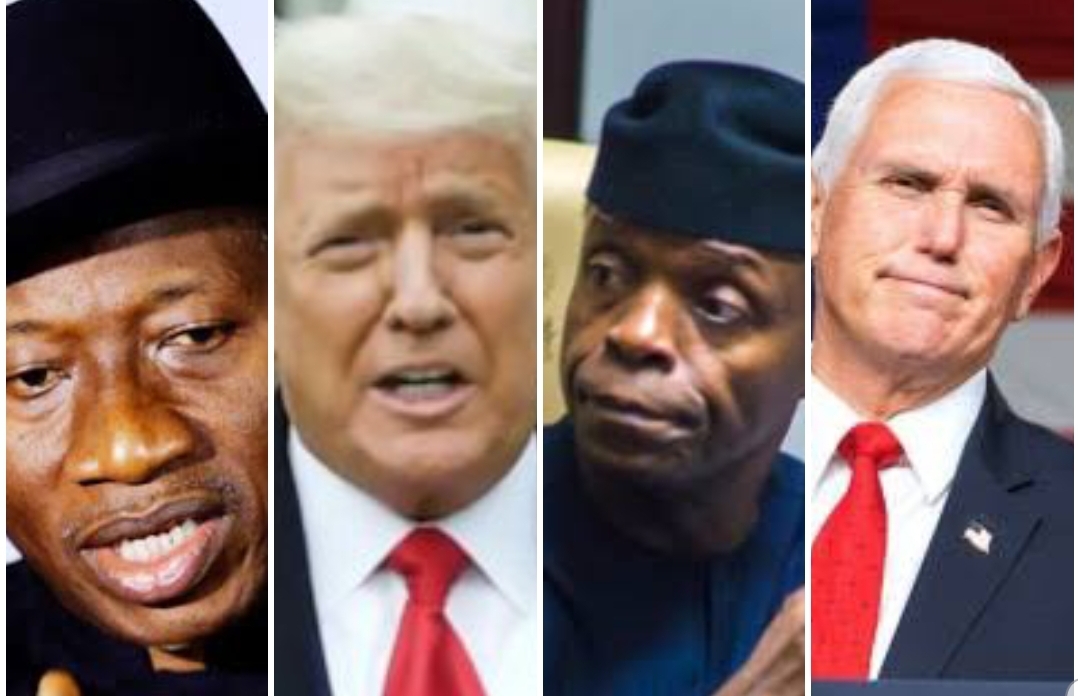 The invasion of the United States Capitol and the chaos that ensued was a major subject of discussion in the Nigerian social media space on Thursday.

The event was said to have not only taken the world by surprise but also thoroughly shook the core fundamentals of the American democracy.

Some social media users who condemned the development immediately took to applauding former Nigerian president, Goodluck Jonathan, calling him a true democrat for honourably conceding to defeat by President Muhammadu Buhari after losing his second term bid in 2015.

Trump trying to remain in White House as America president shows why we should keep celebrate Dr Goodluck Jonathan.

He left Aso rock in peace so there won’t be bloodshed and also to protect Nigeria democracy.

The #EndSARS spirit lives on. Bigi Apple to all change agents!! pic.twitter.com/LSVQmgEXfO

Dr. Goodluck Jonathan lost an election, and conceded. He said "my ambition is not worth the blood of a single Nigerian".

Donald Trump lost an election, and refused to concede. His stubbornness and stupidity has already led to the deaths of four Americans.

The show of courage by American Vice president, Mike Pence in defying his principal’s claims to election fraud and announcing Biden winner according to Congress verdict brought Nigeria’s Vice President, Prof. Yemi Osinbajo to the ‘spotlight’ as well.

Twitter users criticized the vice president’s seeming absolute loyalty and patriotism to the president rather than the people.

In 5 years of lawless regime, Professor Yemi Osibanjo, law professor & Senior Advocate of Nigeria has refused to stand up for Nigerians and the Nigerian Constitution just for once. Sad

I like how Mike Pence has so far shown his allegiance to the American constitution & the people and not blind support of the President in the name of loyalty. An actual VP and not a dummy.

Mike Pence refused to overturn the electoral college votes and held his grounds.

I wish Osibanjo was this patriotic to Nigerians and the constitution.

Loyalty to Buhari does not necessarily equate patriotism.

The sad thing is Osibanjo is more educated than Pence.

Popular Television stations in Nigeria were called out for failing to adopt the same energy they had used in reporting the US Capitol violence in reporting the October 2020 peaceful #EndSARS protests against police brutality as well as the Lekki shootings of unarmed protesters by men of the Nigerian Army.

Social media users further faulted the media’s use of the word, “hoodlums” in referring to peaceful #EndSARS protesters.

Channels TV had a reporter Live at the lekki toll plaza that night.. He even held bullet shell to show what happened.

After then we no hear anything.

We were literally begging TV stations in Nigeria to televise #ENDSARS protest but they didn't, now they're showing the deaths of Americans in their protest and all, still wondering who we offended in this country. If you have the means to leave this country, just leave!

Why should the public trust the Lagos state government on the judicial panel? pic.twitter.com/2aliwxiXnY