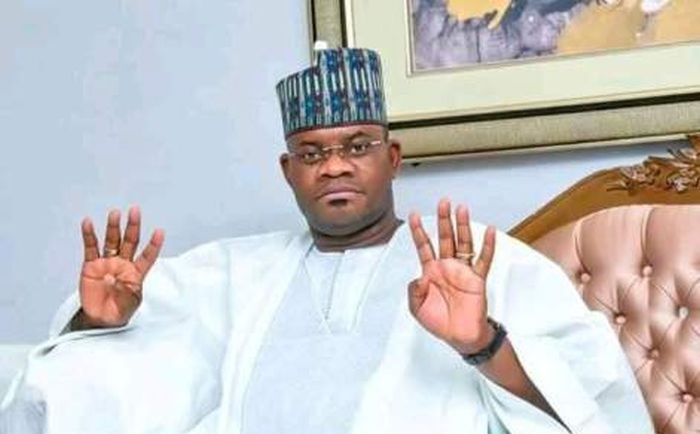 Today (Tuesday) marked one week since the shooting of unarmed #EndSARS protesters by men of the Nigerian military at the Lekki toll gate in Lagos.

In honour of the lives that were lost on that fateful night, Nigerians on Twitter raised to the trends table, hashtags like #blacktuesday, #LekkitollgateMassacre, #LekkiMassacre and #sorosokegeneration.

Issues bothering on politics and government policies also got maximum engagements on social media, as online platforms continued to serve as a tool in checkmating the progress of government at all levels.

These trends recieved the most engagements:

Twitter users called out Kogi State governor, Yahaya Bello for referring to the #EndSARS protests as politically motivated and a foreshadow of the 2023 general elections.

In an interview with Channels TV (Sunrise daily), the Governor said: ‘Dear Nigerians, let me tell you what is happening today, this so-called #EndSARS is politically motivated. Whether anybody says it or not, I am saying it once again and you can quote me anywhere, any day and I will prove it to you.”

Further faulting the style of the protests, Bello said, “Why will you demand for five for five items which was granted and you refused to take it? Which struggle, agitation or uprising across the world has ever succeeded without leadership?”

The governor also blamed the country for failing to treat Covid-19 with the same sincerity it did with Ebola. He recalled that he had afore warned against accepting the “imported alien disease” which was bound to create economic problems in the long run.

Although insisting that the state had no record of Covid-19, the governor however admitted to receiving support and palliatives from the Federal government since the state was also economically affected.

Bello said he knows too much, that he'll spit!
He's only a decoy from APC to discredit youth.

When we are beating the drum for "youth leadership" in Nigeria,we should always remember the caveat: youth leaders WITH SENSE."

Yahaya Bello is also showing us that a young person can be a Governor and remain clueless and Vision-less.

The self- acclaimed leader of the youth is a thug in disguise. My condolences to Kogi state people

In an interview with CNN host, Becky Anderson on Monday evening, Governor of Lagos State, Babajide Sanwo-Olu admitted to the shooting incident by the military at the Lekki toll gate in Lagos based on footages and evidences gathered from the scene.

In what was described by most Twitter users as a grilling interview, the governor also promised to hold those responsible for the shooting accountable. And these got Twitter users talking.

Finally, Sanwo Olu admitted that the military carried out the shootings on the #EndSARS protesters In an interview with CNN’s Becky Anderson. #EndBadGovernmentinNIGERIApic.twitter.com/liWtCIGAKF

The CNN presenter, Becky Anderson legit told Governor SanwoOlu that i asked a simple question when she asked about the full investigation of the Lekki incident.

Sky News should be next.

The Television station has recieved commendations from most Twitter users for keeping up with their standard of unbiased reportage despite sanctions from the National Broadcasting Commission (NBC) over reports on the #EndSARS protests.

Arise TV is the cruise. This morning, they were reporting their fine from NBC and all the fashola memes calling him inspector gadgets and fashola holmes 😂😂 I rolled on the floor 😂😂😂😂

If Audacity was a TV station, it'd be Arise TV 😂😂 pic.twitter.com/EeC0EAm0at

“What more can happen? Haven’t we been fined?”

Nigerian rapper and songwriter, Folarin Falana, a.k.a Falz also recieved love from his fans, from #EndSARS Protesters and from fellow celebrities, as he marked his 30th birthday on Tuesday.

The judicial panel of inquiry on cases of police brutality, which had some #Endsars protesters as youth representatives, had a sitting on Tuesday.

A document titled ‘Oath of Secrecy’ was allegedly handed to members of the panel to sign, and it became a matter of controversy.

Most Nigerians on Twitter pushed hard against signing the document, advising the youth representatives in the judicial panel to maintain that all activities of the panel would remain public.

They’ll make them sign an oath of secrecy and they’ll make sure everything done behind close door is secrecy by then rinu and the other guy will be in problem with their conscience and they’ll stop saying truth forever.
–
This is the reason we need to change everyone in office

I will propose a street parliament be quickly constituted comprising people leading activities at Alausa & Lekki protests ground to check mate the activities of those representing us at this panel. Signing an oath of secrecy is a sign of ideological deficiency.#LekkiMassacre pic.twitter.com/VU7mRblCmR

Is this public panel being televised?…as far as I'm concerned I don't trust this government!