SocialMediaTrends: More on Buhari's medical trip & why Tinubu believes Yoruba and Fulani are one | Ripples Nigeria 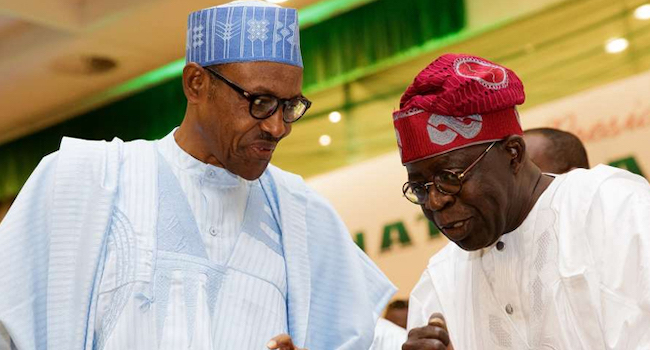 Buhari was scheduled to depart Nigeria on Tuesday, to return in about a fortnight.

The president’s latest trip is the first of his routine medical voyages since the Covid-19 pandemic hit Nigeria in March 2020.

The announcement was coming on the same day resident doctors across the country threatened an indefinite strike due to non-payment of some allowances.

It was also coming days after the President attributed the unfriendly attitude of health workers in the country as a factor responsible for medical tourism.

God have your way this time Amen 🙏

President Buhari would prefer to spend millions of taxpayer's money traveling to London for a "routine checkup" than develop Nigeria's healthcare system enough to offer him this at home.

It’s not like Nigerians will miss President Buhari anyway! He has been an absentee president since 2015.

The utter shamelessness of our leaders should be studied.

Imagine a bank CEO, boldly walking to the counter of another bank to deposit his money.

That’s a message, “My bank is not competent enough”

Maybe they will use this opportunity to tell us President Buhari is dead. pic.twitter.com/SHNCf1Lhwp

Nigeria's medical doctors are going on strike on Thursday, 1st of April.

President Buhari travels to UK on a medical trip on Tuesday, 30th of March.

Nigerians will have sense by force. 😅😅

Comments by Bola Ahmed Tinubu, the National Leader of the All Progressives Congress’ (APC), about Yoruba and Fulani, sparked angry reactions from social media users after he alluded that the two ethnic groups were one.

The APC helmsman who is rumoured to be nursing a presidential ambition made the comment at the venue of his 12th colloquium in Kano state where he marked his 69th birthday anniversary.

Tinubu said he picked Kano to prove that Yoruba and Fulani are one, adding that the marriage of the daughter of Kano State, Governor Abdullahi Ganduje, to the son of the late ex-Oyo State Governor, Abiola Ajimobi, which took place in Kano in 2018 was a worthy example of the unity that existed between the two ethnic groups.

“Why are we in Kano? It is to demonstrate to Nigerians at this critical time. There is a Fulani man, a herder man who gave his daughter to a farmer, a Yoruba man. And that Fulani, that Yoruba (sic), and some people are agitating wrongly” he said

Nigerians on social media did not spare a take on his comment:

The Only state where Yoruba and Fulani ‘are one’ is Kwara;And now they are in a boxing ring over Hijab.

Yoruba and Fulani are one, whether they see food or not, the Lion will still eat 😂🤣 pic.twitter.com/H3k4F6H08c

Yoruba And Fulani Are One, @AsiwajuTinubu Says.

Me: Thank God he didn't mention Igbo join,thunder for fire him cap. Yoruba can be Fulani for all they want.

“Yoruba and Fulani are one”

Yoruba and Fulani can never be one!!!

If Hausa and Fulani who have similar norms and values are not one,. How could Tinubu say Yoruba and Fulani are one? I'm confused. ☹️☹️