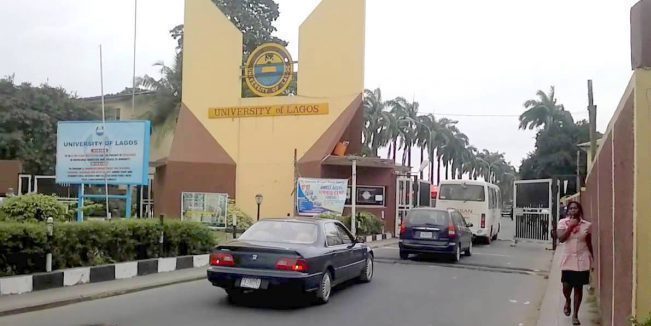 Nigerians on social media are reacting to a fearful development at the University of Lagos (UNILAG) campus where multiple cases of COVID-19 were reported on Wednesday.

The institution, confirming the situation in a statement released by its spokesperson, Nonye Oguama, has mandated all students to vacate the school’s hostel “with immediate effect” in a bid to curb the spread of the dreaded virus.

It further stated that the University’s medical center has recorded an upsurge in the number of patients showing symptoms of the virus, adding that it would do its best to address the situation based on the federal government’s COVID-19 protocols.

Here are some reactions we got from social media users:

The pandemonium that broke out at Ladipo, a popular auto spare-parts market in Lagos, following sporadic shooting by trigger-happy military men on Tuesday, has remained a topic of discussion for folks on social media.

The crisis which reportedly left at least three traders dead was said to have started after a military man and his orderly who visited the market with intentions to change the spare parts they bought, engaged in a heated argument with the trader.

On their way out, union members in the market, reportedly demanded payment of N200 gate pass from them; an action which infuriated the military man and sparked the violence.

It was gathered that three other personnel who were later mobilized to the scene by the military man allegedly shot the victims to death.

However, the Director, Public Relations and Information, Nigerian Airforce, Air Commodore Edward Gabkwet, giving another version of the story said the matter was a case of self defence and was purely a domestic issue that went south.

“A soldier and a civilian friend went to the market for debt collection, whether the debt was for the soldier or civilian, we don’t know. But in the process, a fight ensued between the soldier and the alleged debtor, and the debtor and other civilians pounced on the soldier,” he narrated

“It was an unfortunate situation. It wasn’t as if it was the air force men that opened fire, but the rifle, which belongs to the air force personnel, has been retrieved. I understand one or two people died, but it is unconfirmed. Our base commander has been told to get to the root of the matter.”

Meanwhile, activities in the market are on a standstill as traders protested the unfortunate incidence.

Social media users aired their views on the matter as well.

The unveiling of a mobile App designed for reporting economic and financial crimes in Nigeria, by the Economic and Financial Crimes Commission (EFCC) on Wednesday has elicited mixed reactions from Nigerians.

According to the Chairman of the commission, AbdulRasheed Bawa, the app called “Eagle Eye” would complement existing channels of reporting crimes.

He disclosed that the initiative was the genius idea of a staff of the commission, noting that it is the first of its kind by any law enforcement agency in Nigeria.

The move is seen as a welcome development by many, although some others hope the app works for “corrupt” politicians and leaders as much as it does for ordinary Nigerian citizens.

Nigerian govt approves N8.6bn for construction of vaccine laboratory, others