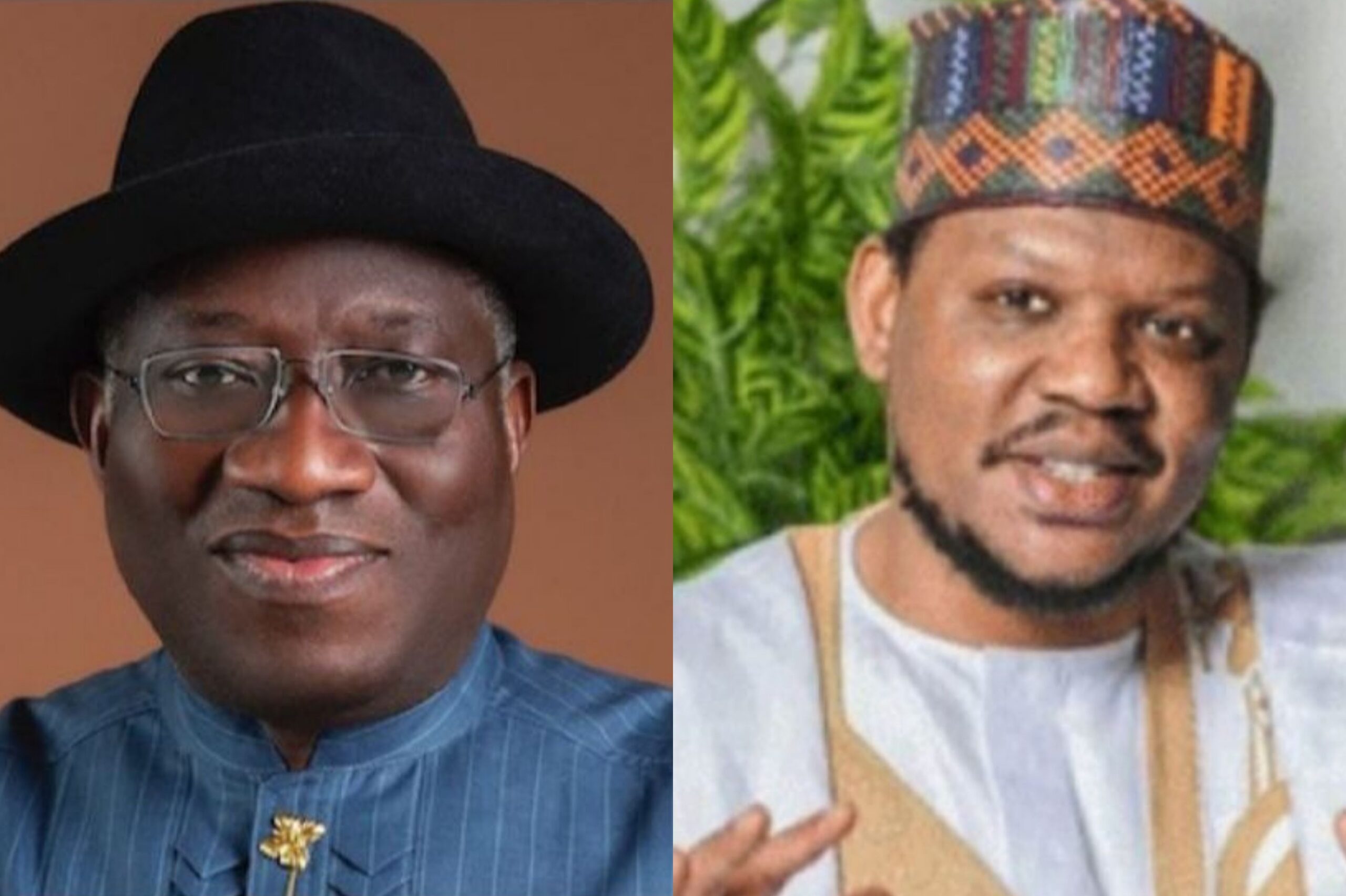 The Nigerian political space saw a heavy twist with the news of defection of former president Goodluck Ebele Jonathan to All Progressive Congress (APC) on Thursday.

The personal assistant to President Muhammadu Buhari on news media, Bashir Ahmad, confirmed the development on his verified Twitter account which has kept Nigerians talking.

The development comes on the heels of an earlier report that a coalition of northern Fulani socio-cultural groups had purchased N100 million nomination and expression of interest forms for the ex-President.

Ripples Nigeria gathered that Jonathan is currently with other leaders and stakeholders at the opening ceremony of a two-day Sub-regional Dialogue on Sustaining Democratic Principles in West Africa in Dakar, Senegal.

Neither the fomer President nor his team have confirmed or denied the development as at the time of compiling this report.

However, this has not stopped Nigerians from reacting.

When I shared the news of former President Jonathan joining our party, his uninformed supporters insulted me saying that can never happen even in the wildest dream. They should know that we know something they don’t know and not everything plan and execute on social media.

You can see how this APC used some Nigerians to blackmail Jonathan as worst president ever have. Now they are marketing him as the best. Dnt fall for their trick this time. Peter Obi we want

All this “shameless” talk is funny to me.

We're in trouble if PDP doesn't get it right. Imagine another 4 yrs of Jonathan after 8 evil yrs of Buhari? You & I know that Goodluck Jonathan cannot fix the mess Muhammadu Buhari has made of Nigeria. We need a Peter Obi to do that. Persuade your delegates to do the needful. 🙏🏾

No matter the PR, my followers and I aren’t voting for Goodluck Ebele Jonathan. We don’t settle for the bare minimum over here.

Dear Dr. @GEJonathan, it is wrong to keep your followers, fans and admirers in the dark as to the rumors going round that you’ve joined the APC. No one who loves you should be in the dark as to where you stand politically at any given time. This is highly insensitive sir.

In another heavy political twist, Adamu Garba, a former Senator for Yobe South constituency of Yobe State in 2007, has dumped the ruling party, APC.

Ripples Nigeria earlier reported that the former presidential aspirant under the umbrella of APC withdrew from the presidential contest despite raising N80m donation from fans and allies.

Garba confirmed the latest development on his verified Twitter account stating that things were ‘not looking straight’ as one of his reasons for decanping.

The IT expert and entrepreneur has since removed APC’s flag from his office and said he would refund those that donated to his cause.

We joined APC for the sake of Nigerians, now that all is not looking straight. We believe only Allah is the Guarantor & Grantor of Authority. He never ever gives up on a the betterment of humans.

Trusting in Him, following His Guide, we bow out of APC in peace. The flag is down. pic.twitter.com/jt0si84wOn

You'll be seeing my lawyer soon if my refund is not initiated immediately!.

I have been patient enough, and I can't take it anymore 😏 I stake a life savings on you man😩
pic.twitter.com/cB2bE2qBQN

I love the matured way Adamu Garba removed the APC flag, folded it and Handed it over to his Aid. I saw humility & passion in him. His disposition should be an inspiration to all Nigerian youths. We need people like him to wrestle powers from the so-called geriatric oligarchs.

Investor Adamu Garba na the real Sabinus of our time.

I respect that man 😂

Meanwhile, Nigerians on social media expressed deep shock after a bizarre video showed a female college student of Shehu Shagari College of Education in Sokoto being beaten and burnt to death by her fellow students over alleged blasphemy.

The video surfaced and trended on social media as it revealed how the female student identified as Deborah was killed and burnt in cold blood.

Various sources quoted that Deborah was on Thursday morning killed over remarks considered to be an insult to Prophet Mohammed.

The inhumane video has generated heated reactions from Nigerians demanding that justice be served.

These are the faces of the barbaric creatures that killed Deborah in Sokoto State over religious blasphemy.

I implore @PoliceNG to do their job and ensure justice prevails. pic.twitter.com/4yvkwRsWdD

We cannot “Islam is peace” our way out of what some people see Islam as. I know it can be upsetting when Islam is misrepresented and misconstrued, but we shouldn’t gaslight people who have only experienced horror in the hands of Muslims in their region.

That video is the reason why you never see Nigerian atheists abuse Islam the way they abuse Christianity every Sunday on twitter.

They know where their criticism stops

They killed Deborah in cold blood, burnt her body and had the guts to make a video about it.

They are very confident they will go scot free. @AWTambuwal the Murderers hiding under Islam are in Sokoto. They must be fished out.

As far as I’m concerned this extremism is more about the tribe than the religion cas it’s not only them practicing Islam in Nigeria but they are often the ones that go extreme about everything.

Deborah a CHRISTIAN student of Shehu Shagari College of Education in Sokoto , accused of blasphemy , was killed and burnt.
She was beaten until she died and they kept beating her. Then they piled tires on her and burnt her while chanting Islam incantations.
This act was not pic.twitter.com/m7dsze34j1

Deborah was stoned and burnt to death today @ sokoto state college of education for blasphemy.

In a voice note, she reacted against posting of religious contents in their class group chat on WhatsApp. Rest In Peace Deborah pic.twitter.com/24sb9NzrTp

According to multiple reports, Deborah a female student of Shehu Shagari College of Education in Sokoto, accused of Blasphemy was killed and burnt. This is what happens when there are no consequences for actions in the society. The government must wake up from their slumber!!

What must be done is to have the killers of Deborah openly executed. This barbarism has no basis in Islam, and it indicts us all. This culture prevails because past self-appointed punishers of blasphemers got away with their crimes. We are not in anarchy, at least not officially.

As a Muslim, if you defend what happened to Deborah, I pray it happens to you and your Generation!