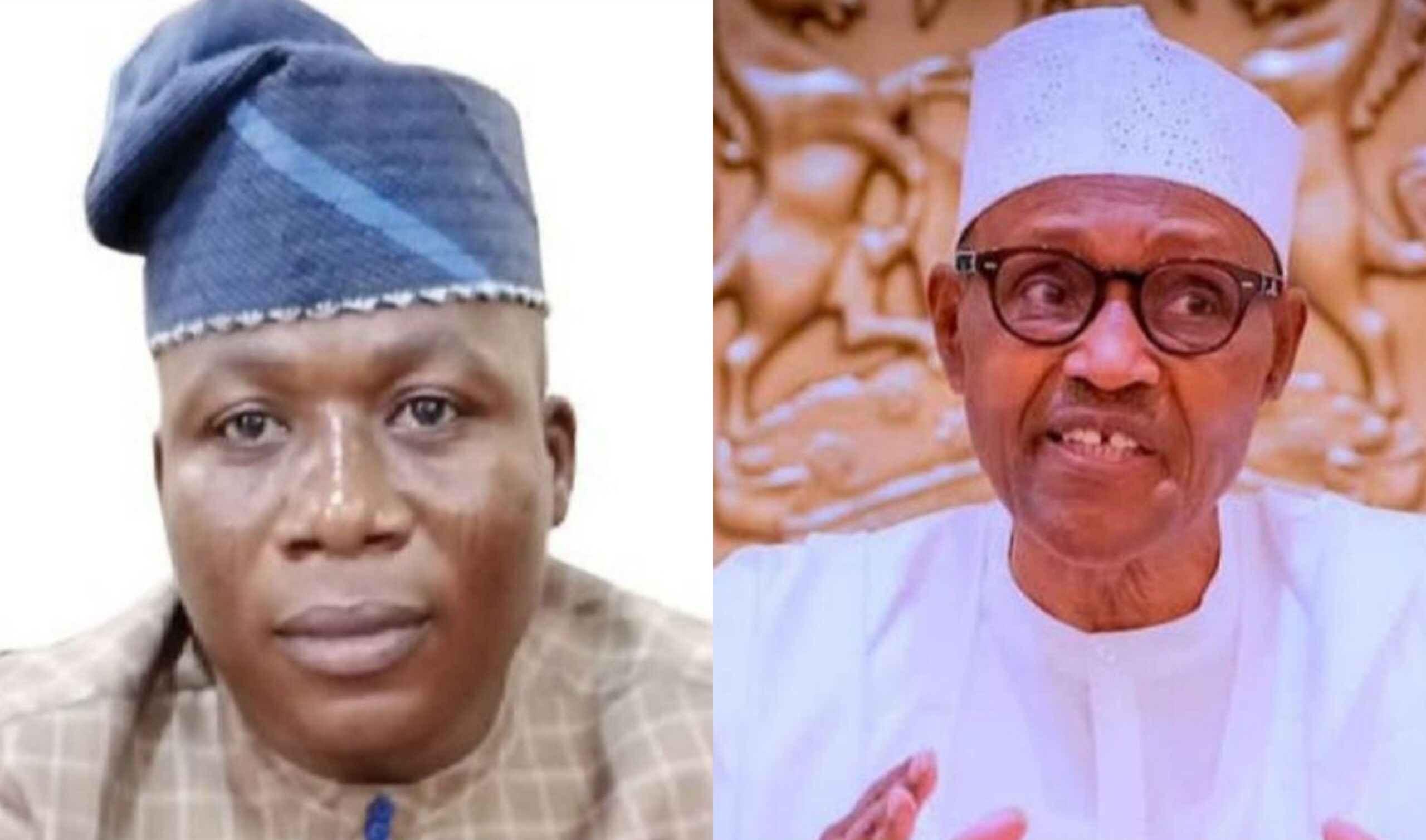 Punch on Tuesday reported that Igboho was arrested Monday night by security operatives at an airport in Benin Republic while trying to flee to Germany.

Recall that the Department of State Services (DSS) had earlier declared Igboho wanted after security operatives recovered stockpiles of arms and ammunition in his Ibadan residence during a midnight raid.

Although, security agents are yet to confirm the arrest, renowned Historian and Leader of the Umbrella body of Yoruba self-determination groups, Professor Banji Akintoye, confirmed the incident to be true.

“I received last night the troubling information that Chief Sunday Adeyemo fondly called Igboho had been arrested at the Cotonou Airport,” Akintoye said.

Igboho’s arrest comes few weeks after Leader of the Indigenous People of Biafra, Nnamdi Kanu was re-arrested and extradited back to Nigeria after he initially jumped bail in 2017.

Meanwhile, reports from blogs say that Igboho and his wife have regained their freedom on their way to Germany. But nothing has yet been confirmed at the time of this report.

These reactions followed the development:

President Muhammadu Buhari’s “trekking gesture” became a sensation on social media, Tuesday after he was seen trekking back to his residence after observing Eid el-Kabir prayers at the Daura Eid ground in Katsina state.

In a video shared on the President’s official Instagram page, Buhari was seen amidst heavy security presence, trekking through the streets of his hometown while a crowd of people cheered him on.

The “show” didn’t seem to impress most Nigerians who have taken turns to throw shades at the President. Others have dared him to trek to some states in the North-East unguarded.