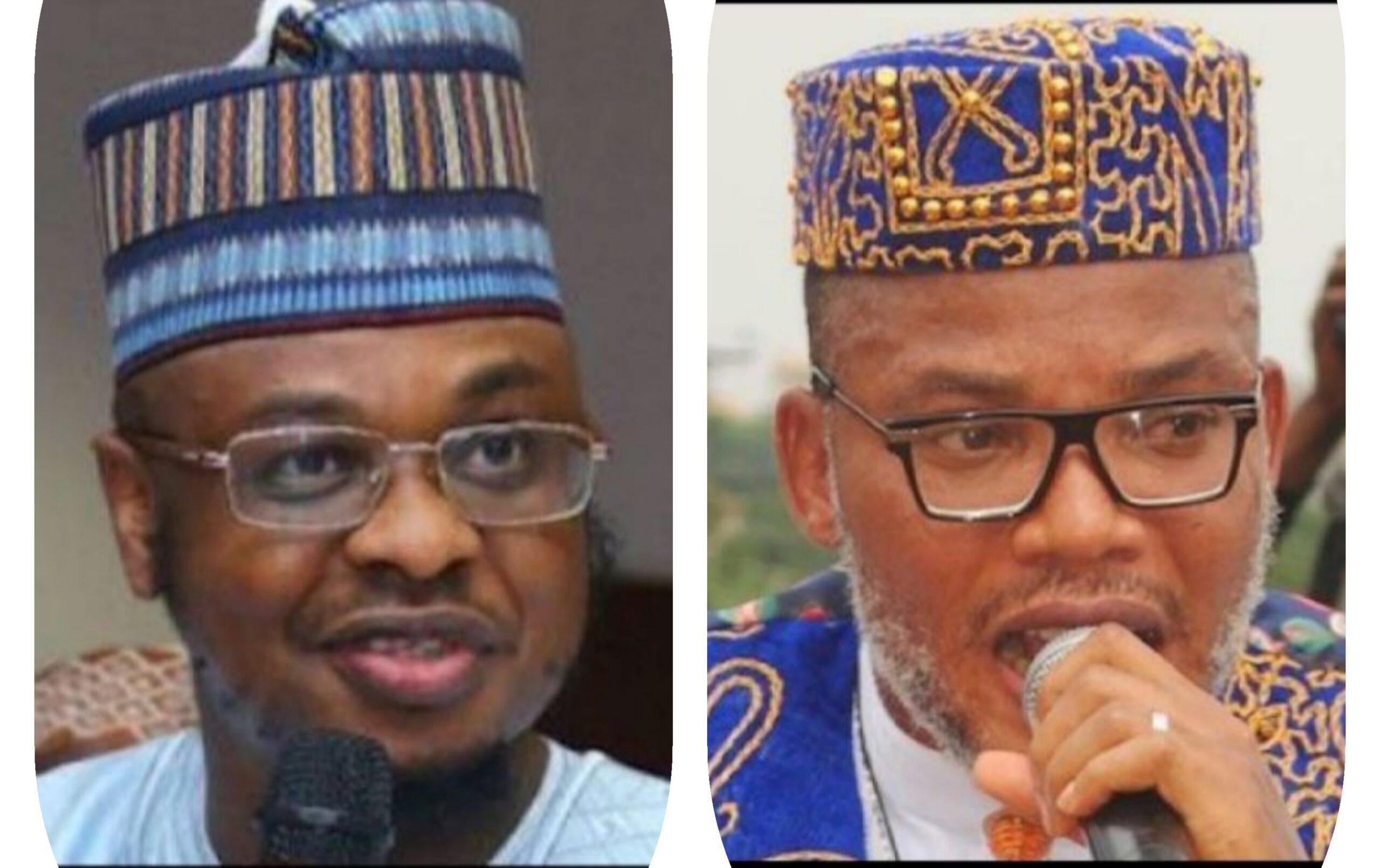 The social media space in Nigeria has continued to have the ‘Pantami Must Go’ discussion as one of its key trends in recent times.

This is so as more evidences emerge in justification of the alleged link of Nigeria’s Communications minister, Dr. Isa Pantami to terrorism.

The latest calls were triggered by a publication on Nairaland.com, which recently surfaced online detailing the minutes of a meeting allegedly chaired by Pantami in 2010, and organized to control the spread of Christianity in the North.

The publication was titled “Minutes of a Joint Meeting of the JNI of Four States Consisting of Plateau, Bauchi, Kaduna and Niger State Held in Bauchi Central Mosque on the 13th July 2010, Chaired by Mallam Ali Ibrahim Pantami”, which attempted to regulate and checkmate the activities of Christians in Northern Nigeria.

The revelation was greeted with heavy criticisms from many Nigerians as these reactions followed on Twitter:

All of APC, we can hear your loud silence on #PantamiMustGo.

I guess you people are making it clear that rigging is the only way you plan to win elections, not by winning public opinion.

A platform for religious bigots and extremists to express their bigotry without consequences is not a political party.
Al-Qaeda People’s Congress #PantamiMustGo

You want to exterminate a tree, go after its root. The problem here is not Pantami, but the person that knew his extremism yet chose him for such a sensitive role. All energy should be channeled to Buhari.

#PantamiMustGo. We are not going to sleep on this issue. He is a threat to National security.

Attack on Pantami is an attack on Islam?

Is Islam synonymous with Terrorism?

Our problem is with Pantami not Islam.

Mr Pandemonium must be prosecuted.#PantamiMustGo

It was never about agriculture for APC regime, RUGA was a war tactic.
They’ve been fighting, we have been sleeping. #PantamiMustGo

Here is a Nairaland post from 2010 stating the exact details in the recently released documents.

The receipt from Nairaland is enough to send Pantami going.

But this is Nigeria, they’ll call it scandal and every other thing to get rife of it.

For the man to still be in office is enough to tell you this country’s leadership is a mess.#PantamiMustGo

Twitter Nigeria on Thursday crowned Ghana, the new “Giant of Africa” after automobile companies, Hyundai and KIA declared plans to establish their assembly plants in the West African country in 2022.

This is coming only days after Twitter CEO, Jack Dorsey announced his company had chosen Ghana over Nigeria as preferred site for its first African Headquarters.

Another one!
Keep supporting rubbish… Keep selling your souls to this demonic dictatorship regime! Keep praising the dullards and terrorists we have as "leaders". Leading us to hell!
Congratulations to Ghana o jare 👏🏾 pic.twitter.com/IPVlOtkpgM

Congratulations to Ghana on a whopping 10,200 new jobs! https://t.co/9sQidrTRun

Ghana is the new giant of Africa.

Nnamdi Kanu, leader of the Indigenous People of Biafra (IPOB), mounted Twitter’s trends list on Thursday after series of comments he made, directed to South-East governors and the Nigerian government sparked conversations on the microblogging platform.

The IPOB leader during a live broadcast on Radio Biafra declared that agitations by the secessionist group had taken a different phase as their “enemies” were unrelenting in their fight.

He noted that it was time for IPOB to unleash vengeance on its enemies, especially on the New Additional Inspector General AIG of police, Zone 9, Etim Ene Okon, whom Kanu claimed was responsible for the death of his parents and 28 young IPOB members.

According to Kanu, Etim Ene was the officer who laid siege in his house in an attempt to kill him in 2017. The IPOB leader further vowed to return the favor to him and his family.

“If Britain respects me for something, it is because when I want to do something, I tell them in advance before I do it. Nevertheless, my appearance in the Hague is long overdue,” he said

“We are going to set an example with this idiot so that the world will understand. I swear to Almighty God in heaven, we will find him (Etim), wherever we see him, he is going to die.”

The movement’s leader, who also condemned killings and abduction of IPOB members in the South-East scolded governors in the region for allegedly aiding “Fulani hegemony”.

Kanu further addressed the terrorism allegations levelled against Minister Pantami, querying why South-Eastern governor’s have failed to call him out.

“You are living in a country where Fulanis are not only terrorists, they are the ones in control of power. A terrorist is a minister in Nigeria but Obianor cannot even rise up and condemn such a person,” he added.

While also alluding to comments made by the President’s aide on Media on publicity, Garba Shehu, who stated that President Buhari cannot be bullied by calls for secession, Kanu lamented that the Nigerian government could only try to stop agitations and not terrorism, noting that Boko Haram and not IPOB were the real bullies to the government.

Most times I ask myself, if not for IPOB resilience over the years and Mazi Nnamdi Kanu timely intervention with the formation of ESN, what would've become of Biafra Land today? Some of you still don't understand the level of Fulanization going on across Nigeria. Thank you MNK🙏

When Nnamdi Kanu was screaming at the top of his lungs that they planned to Islamize Nigeria, many of us thought he was being mischievous and reckless.

After reading Pantami’s meeting minutes, I can see that there are so many things we are yet to understand about this country.

I don’t know how many times I will have to apologize to Mazi Nnamdi Kanu because I criticize him from time to time because that’s just who I am when I see something wrong or something that needs correction, I must talk; but once again -I’m sorry.

Nnamdi Kanu is the most stupid human being to have come out of Nigeria & the Igbo tribe. The fact that he has lots of gullible Igbos following him blindly gives me headache. How’s a man that has been declared a terrorists have nerve to call a man of God like Pantami terrorists.

Nnamdi Kanu said it, shouted, screamed, they called him names.

Today, this Nostradamus that saw tomorrow is vindicated.

Let's split this contraption else Nigeria will burst.