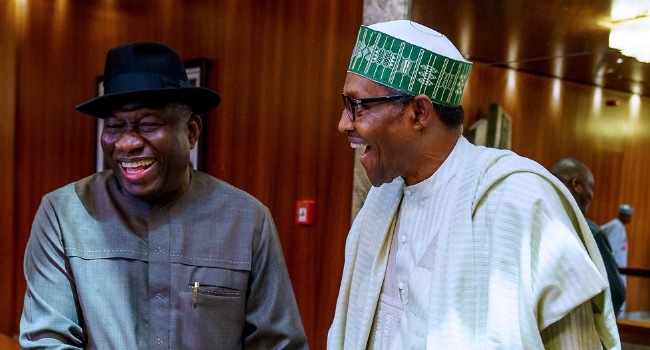 Aggrieved Nigerians have taken to social media to register their grievances over the spate of killings and deadly attacks on various communities in Benue state.

The assailants were said to have invaded the community in the early hours of Thursday and began to slaughter the victims, some of whom were students of the College of Education, Katsina Ala.

The gruesome massacre sparked outrage among Nigerians on social media who refer to the onslaught in the state as an ongoing silent ‘genocide’.

Hashtags like #NigeriaBleeds, #BenueUnderAttack and #EnoughIsEnough also made appearances on Twitter’s trends chart as Nigerians called on the Federal government and security agencies to put an end to the killings by marauding herdsmen in the state.

But make una wait oooo, why all these silence and negligence from president Buhari, are we getting used to this reckless style of leadership?? Enough is enough! The president need to come out and address us, it takes him nothing to jet down to Benue but he won’t #NigeriaBleeds

Where is David Mark, where is Tony Ogbeh,Gabriel Suswam, George Akume, TY Danjuma, Jonah Jang and others?
Where is everyone silent?
Where is Tuface, M.I, Jesse Jags, Skales, PSquare? Why is no one talking about what is going on in the middle belt?#BenueUnderAttack #NigeriaBleeds

Is it a crime to be a Nigerian? ……Enough of the killings , we’re tired😭😫.#BenueUnderAttack #BenueGenocide #NigeriaBleeds

Is this our new everyday reality?

Under one man seen thousand of deaths ,many displaced , crime at its peak and one Alhaji is shouting one Nigeria. Our mumu don do

The more I try to encourage myself that Nigeria would be better, the more I see news that breaks my heart on a daily.

I look forward to days where I’ll always be happy to be a Nigerian. 💔💔#BenueUnderAttack #NigeriaBleeds #EndSARS #NigeriaMourns

Despite reports of killings in the Middle Belt region, Nigerian President Muhammadu Buhari has enjoined actors in the political crisis in Mali to work together to restore peace and unity in their country.

The President made the call when he received Former Nigerian President, Special Envoy and ECOWAS mediator on political crisis in Mali, Goodluck Jonathan at the Presidetial Villa in Abuja on Friday.

Addressing the Issue on his official Twitter handle, the president wrote:

“I met with the former President Jonathan this morning, on the situation of Mali, where he is ECOWAS Special Envoy and Mediator. I am calling on all actors and stakeholders to come together for the peace, unity and security of Mali. We cannot afford a further escalation of this crisis” after deactivating his comment section.

The mediation was to secure the release of the now freed Interim President Bah Ndaw and Prime Minister Moctar Ouane, who were both arrested by the military.

The arrest will jeopardise an 18-month transition back to democracy after a coup last August which overthrew President Ibrahim Boubakar Keira from office.

Many Nigerians have marvelled at the President’s ‘meddling’ into the external crisis while his own home was on fire.

I met with former President Jonathan this morning, on the situation in Mali, where he is ECOWAS Special Envoy & Mediator. I am calling on all actors and stakeholders to come together for the peace, unity and security of Mali. We cannot afford a further escalation of this crisis. pic.twitter.com/6cgIsewlSw

What about crisis in Nigeria? Who is briefing him on that?

Buhari's Hypocrisy is on another level

Your country is literally on fire but you’re calling on actors and key stakeholders to intervene in what’s happening in Mali. You haven’t secured your own country, but you’re bothered about Mali.

God, what did we do to deserve this man as our president? This is heartbreaking!😭

We have a government tweeting about issues in Mali but totally ignoring the Genocide Happening in Benue and the numerous insecurity issues all over the country.

No one deserves being governed this way.#BenueUnderAttack

Nigerians on social media have continued to lend their voices against the implementation of Sharia law in the South-West region of Nigeria.

This is as many consider the situations plaguing the nation more enormous, compared to the Islamic religious law.

Find reactions on the topic below:

This noise for Sharia in the SW is the culmination of something that's been afoot for a while. When we were talking, they said we were "islamophobic". Lol. This agitation is well funded and designed to split the SW. We're sleep walking.

I'm not concerned by that Sharia in the SW topic. Na persin wey hin governor get presidential ambition for APC make e worry.

My governor is Seyi Makinde. I'll be alright.

This Sharia in the SW is classic divide and rule. The sponsors know that most people in the SW are against it, but you see you just need a sizeable minority to upset the harmonious relationship that has been the hallmark of South Westerns and you will find yourselves fighting..

Map of Nigeria must be redrawn. Ortom, the MiddleBelt must choose to remain in the N or join the S. Water & oil cannot mix. Killing people bcos they don’t adhere to your faith, destroying alcohol but collecting taxes on it, implementing Sharia in a secular state, is an aberration