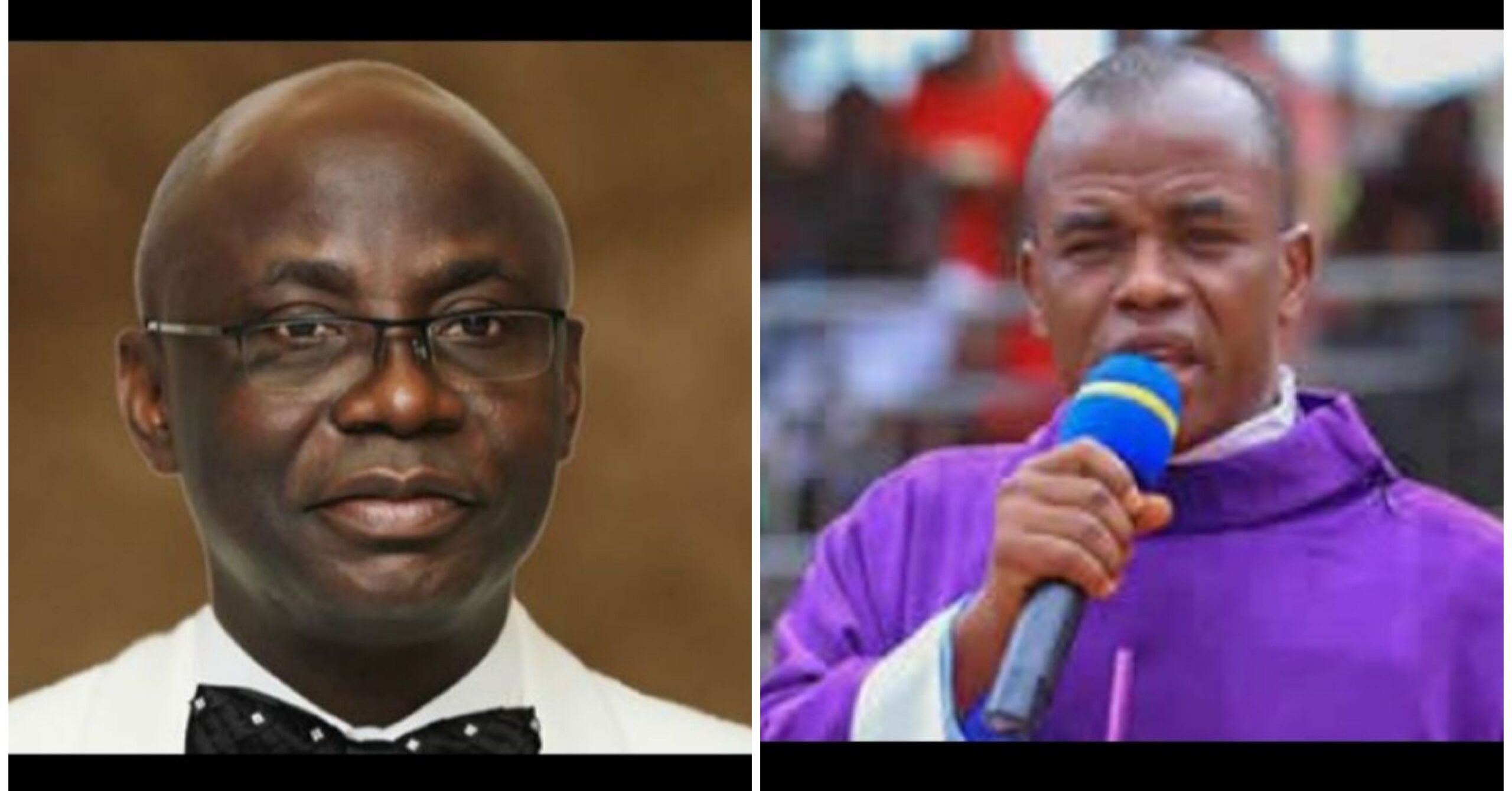 Social media users are lamenting the worsening security situation and alarming rate of violence threatening the peaceful coexistence of citizens in Nigeria.

Ripples Nigeria had reported several cases of attacks by Boko Haram insurgents on communities in the North-East, as well as banditry, kidnapping and attacks on police stations and Federal correctional facilities in other parts of the country in recent days.

Nigerians, who have expressed concerns over the deteriorating security situation opined that the country could be sitting in a keg of gun powder if the President still fails to urgently address the daunting issues.

Many also went on to drag popular Nigerian clergymen, Rev.Fr. Ejike Mbaka, Spiritual Director of Adoration Ministry and Pastor Tunde Bakare, Overseer of The Citadel Global Community Church, for their role in the 2015 presidential campaign which brought President Muhammadu Buhari into power, whom they endorsed as the country’s messiah.

It will be recalled that Mbaka had in the past stated in a viral video that the incumbent “is the answer God gave to Nigerians” when he prayed.

But some Twitter users in their reactions noted that the clerics never heard from God but from the devil.

I hope Father Mbaka the Crusader of Change is seeing the Buhari’s administration God told him about?

I'm in great doubt of the ‘god’ some of these Nigerian Pastors do hear from.

I just want to pray for you that God will make a beautiful turn around in your lives exactly how Buhari made a turn around in Nigeria 🇳🇬 and the lives of Nigerians.

Father Mbaka has never trended for a good reason. He doesn't speak for the catholic and overtime he has been hearing rubbish from whom ever he claims speaks to him. He should getaat.

I would pick Odumeje over him anytime anyday. At least Odumeje entertains me.

Tunde bakare and Father Mbaka lied on God. They told us back then that God said Buhari would stabilize Nigeria…

Jonathan Time was clear and better, but we wanted change. Now we are in shambles 😢

I honestly can’t see myself sitting down to listen to Tunde bakare, Chris okotie, Chris oyakhilome & father mbaka. It is very clear what these men represent

The seeming failure of the present administration to properly contain the insecurity it promised to deal with during the 2015 electioneering, also led to some Nigerians singing the praise of former President Goodluck Jonathan as they boldly declared preference for his administration over that of Buhari.

A dead Jonathan is better than a living Buhari.

"My political ambition is not worth the blood of any Nigerian."

Your administration wasn't that good, but it was many times better than what we have now. WE MISS YOU JONATHAN. pic.twitter.com/s48uwmOdwM

Jonathan administration wasn't good and that's the truth. We deserve better and in our course of searching for a better Nigeria, we picked a Devil💔

When Nigeria had a First Lady in the person of Dame Patience Jonathan.
Presidency was calling on us, now we’re calling on the presidency but all is to no avail.
Tunde Bakare & Father Mbaka have lost their voices now with all the happenings in recent times. pic.twitter.com/RgWzeIr7H1

Dame Patience Jonathan was mocked for addressing the kidnapped Chibok girls. President Goodluck Jonathan was called weak for allowing you freedom of speech. So, how y'all today?🤔 pic.twitter.com/0DFSqd8WGl

Jonathan said it but we didn't listen 👂👂👂👂👂 pic.twitter.com/w7jUmHw60J

Prominent Islamic cleric, Ahmad Gumi, was again the subject of controversy after he stated that Nigeria would regret it if the Minister of Communications and Digital Economy, Dr Isa Pantami is removed from office.

The embattled Minister had in recent weeks faced calls for his immediate sack, after videos emerged where he in the past declared support for the Taliban and al-Qaeda.

Like the Presidency, Gumi declared his backing for Pantami thus:

“All his actions, one hundred percent, shows he is not a terrorist. Those who are terrorists are after his life. The minister should continue. His presence there is fighting the terrorist ideology.

“Show me one person he has killed. He has not killed anybody. He has not ordered the killing of anybody. Discard the fake news. The man is stabilising a government among a section of youths, which we want them to come and join in nation-building. They should not throw him away. Leave him. He is not a terrorist sympathiser

“And you people are fighting them. No. You should get more people like Pantami and put them in power. It will stabilise. Don’t remove him. You’ll regret.” he said

This is a clear message that the North is ready for war. God have mercy

Plus Pantami, Plus Sheikh Gumi, plus Federal Government.

All of you are mad.

Just sell us to the US, at least our slavery will be legal and have terms and conditions included.

1. Gumi easily find bandits, but the military cant find them with their skills
2. Buhari controls government, yet blames past regimes for Nigeria’s woes
3. When terrorists struck under Jonathan, Buhari blamed him. When they strike under Buhari, he still blames GEJ!#TableShaker

Gumi, Secretary of Miyetti Allah Alhassan Saleh, Kabo that came to defend Pantami were granted interview on this same Channels TV, but IPOB PRO should not be given a chance to talk?

I hope Channels would get learn from this and stop promoting this unfortunate govt.

How Gumi is walking freely is interesting…..