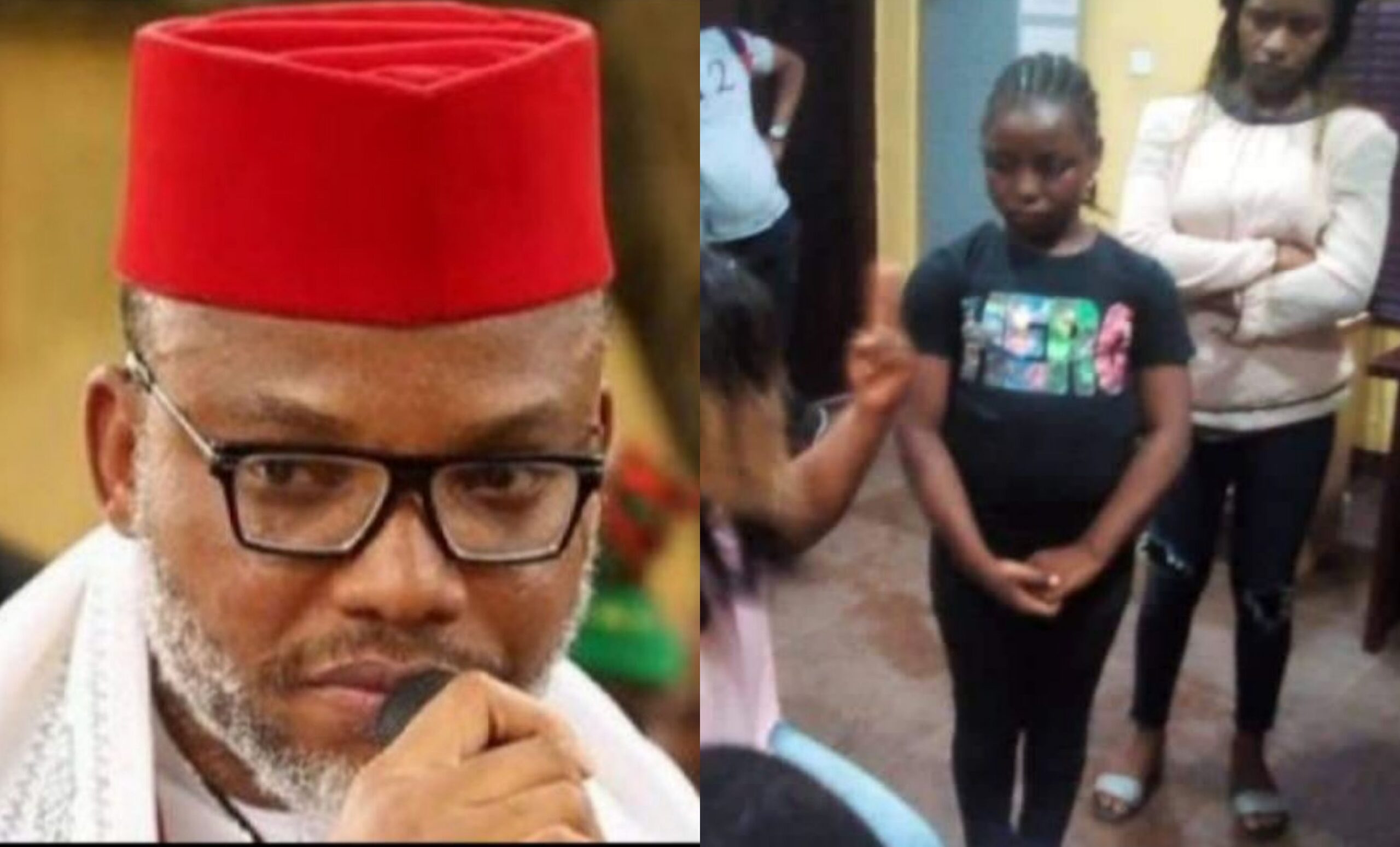 The social media space was abuzz with tension on Monday following the controversial absence of the arrested leader of Indigenous People of Biafra (IPOB), Nnamdi Kanu, from his scheduled trial at the Federal High Court in Abuja.

The court was to resume Kanu’s trial on charges of treasonable felony on Monday but Kanu was conspicuously absent due to the failure of the Department of State Services (DSS) to produce him in court.

The prosecutor however cited issues of “logistics” as the reason for DSS’ inability to produce Mr Kanu in court.

Kanu’s lawyer, Ifeanyi Ejiofor, on the contrary, countered the claims, stating that the defendant may have been moved out of Abuja as the DSS had denied him access to the defendant for eight days.

He also urged the presiding judge, Justice Binta Nyako to grant her permission for his client to be transferred from the DSS custody to a correctional facility in Kuje, Abuja.

The proposal was however declined.

The judge also stated that the trial could not continue without Kanu, hence the DSS was mandated to produce the IPOB leader for his next trial on October 21.

Nigerians have expressed their disappointment over the development and have tagged the Buhari administration a worse version of the Abacha military regime for the percieved collapse of the rule of law.

A viral video of a nine-year-old who appeared to have started the fire that razed the Prince Ebeanor Supermarket in Abuja on July 17 has stired reactions online.

The footage from the Closed Circuit TV (CCTV) installed in the store which was date stamped July 17 showed the girl on a black T-shirt and jean pants lurching around the gas section of the Supermarket at about 7pm.

She could then be seen picking up a lighter which she struck and waited for the fire to start before she made her way out to flee the scene.

The fire was said to have destroyed items worth millions of Naira.

Although the police is yet to establish the claims, Nigerians have condemned the act as mischievous and highly ridiculous.

The suspect has already been invited for interrogation by the police.

Find the video and a few reactions below: