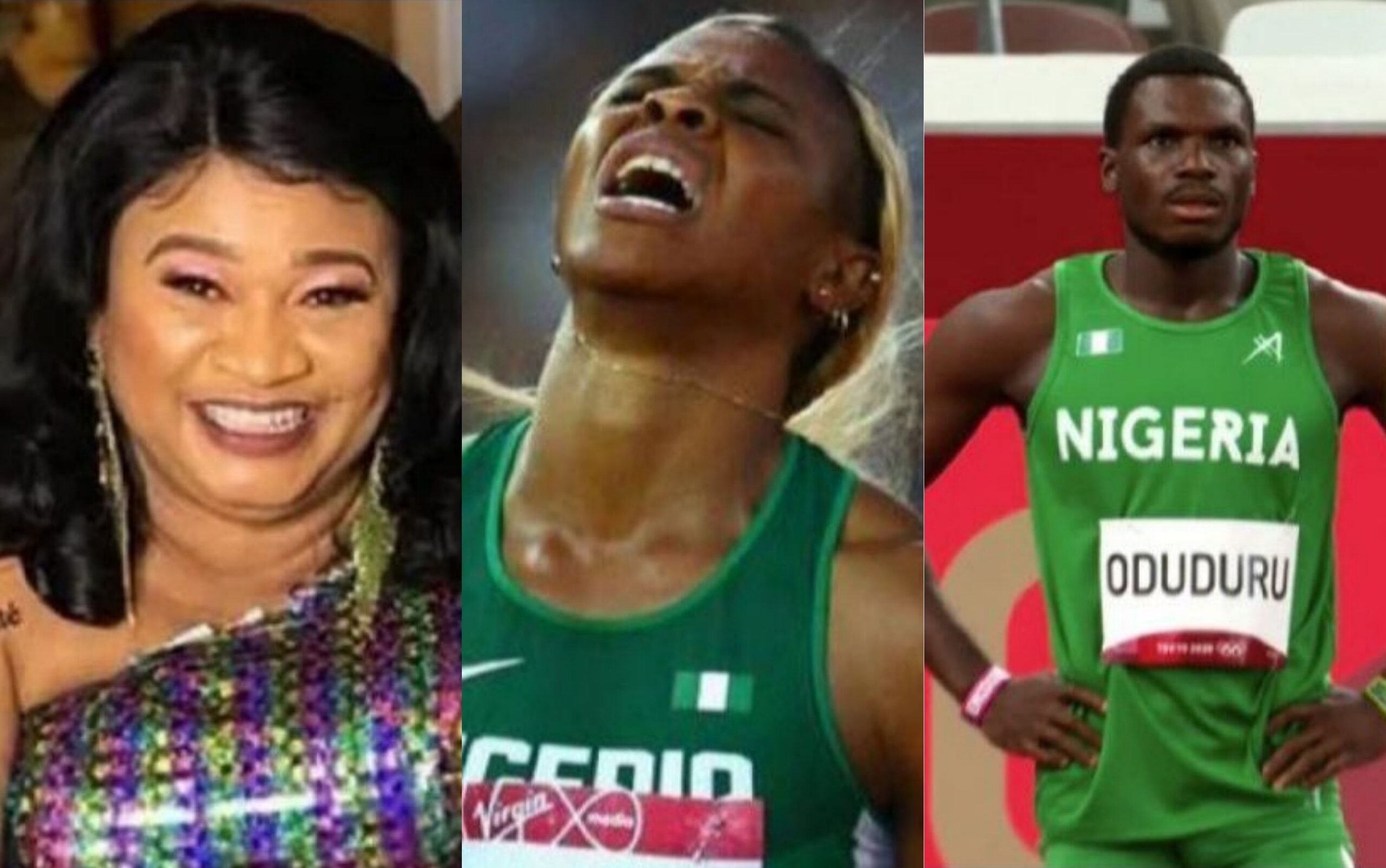 Nigerians were enmeshed in an emotional roller coaster on Saturday after two more athletes were disqualified from the athletics events of the ongoing Tokyo Olympic Games.

The weekend began with news of a provisional suspension of one of Nigeria’s top sprinters, Blessing Okagbare from the competition.

The 32-year-old, who was already in the semifinals of the women’s 100m race, was said to have tested positive for a banned substance – human growth hormone – and was suspended with immediate effect.

Later in the day, another Nigerian sprinter, Divine Oduduru was also disqualified from the 100 meters men’s hurdle for false starting.

The development was the latest twist in a highly disappointing tournament so far for Team Nigeria.

Recall that three days ago, 10 Nigerian athletes were banned from competing, for failing to perform the necessary out-of-competition tests.

Meanwhile, the Nigerian men’s basketball team, D’Tigers were knocked out of the basketball event on Saturday after falling to a 71-80 defeat to Italy in their final group B game.

While many have opined that there was more to the “disqualification spree” than met the eye, others have shared their thoughts on the situation thus:

Movie fans are mourning the passing of veteran Nollywood actress, Rachel Oniga who died on Friday, June 30 at age 64.

According to a statement released by the veteran’s family, she died after battling heart-related issues for a period of time.

Recall that the popular actress made her debut appearance in the Nollywood movie ‘Onome’ in 1996 and went on to star in several others including ‘Sango’ and Wale Adenuga TV series ‘Super Story’.

Fans and colleagues have taken to social media to mourn the deceased actress.