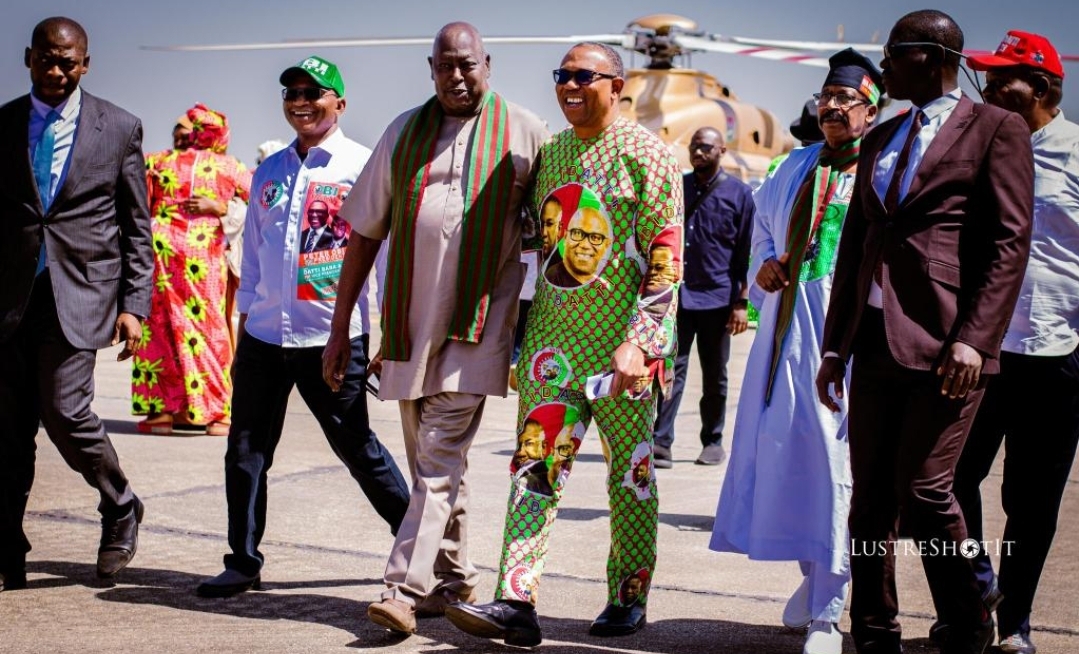 Nigerians have been talking after chieftain of the ruling All Progressives Congress (APC) and former Secretary to the Government of the Federation (SGF), Mr. Babachir Lawal, joined the campaign train of the presidential candidate of the Labour Party (LP), Mr. Peter Obi.

The development attracted reactions as the SGF has since rejected APC’s Bola Tinubu’s decision to select Kashim Shettima, a fellow Muslim, as his running mate.

Babachir Lawal , Former Secretary To The Government Of Federation, The Uncommon Defector, One Of The Greatest Leader Of Christians In Northern Nigeria #ObiDattiInJos pic.twitter.com/7IMzmDrEtV

Babachir Lawal chose the people and the unity of Nigeria, when he could have conveniently supported the mu-mu ticket and earn himself money and an appointment in the PCC. History will be kind to him. #ObiDattiInJos pic.twitter.com/gweqZbHMYc

See Babachir Lawal Of APC😂😂
Northern Lessons will be learnt next month.
Obi is a very stingy man and he's not willing to share Christian votes with anybody not even in the north😎 https://t.co/B6J3BQQHnO

babachir lawal appreciation tweet. You can't be forming woke christian and still support MUMU ticket. People in north central have never had a voice that speaks for them, people in southern Kaduna are not left out also. You still have time to make a U turn. #ObiDattiInJos plateau pic.twitter.com/DfXRwzSnPU

I'm beginning to agree with what Babachir Lawal said, “ that for the first time, Tinubu feels scared & knows he won't win”.

You guessed right, he will never step down honorably, but with our PVC we will make him do.

PO will win, & they all know it. Shalom pic.twitter.com/oLP7aWKFdW

Is this not the former Secretary general to the federation Babachir Lawal?

Is not Engr babachir lawal? But mikanities said he have potted to pdp.