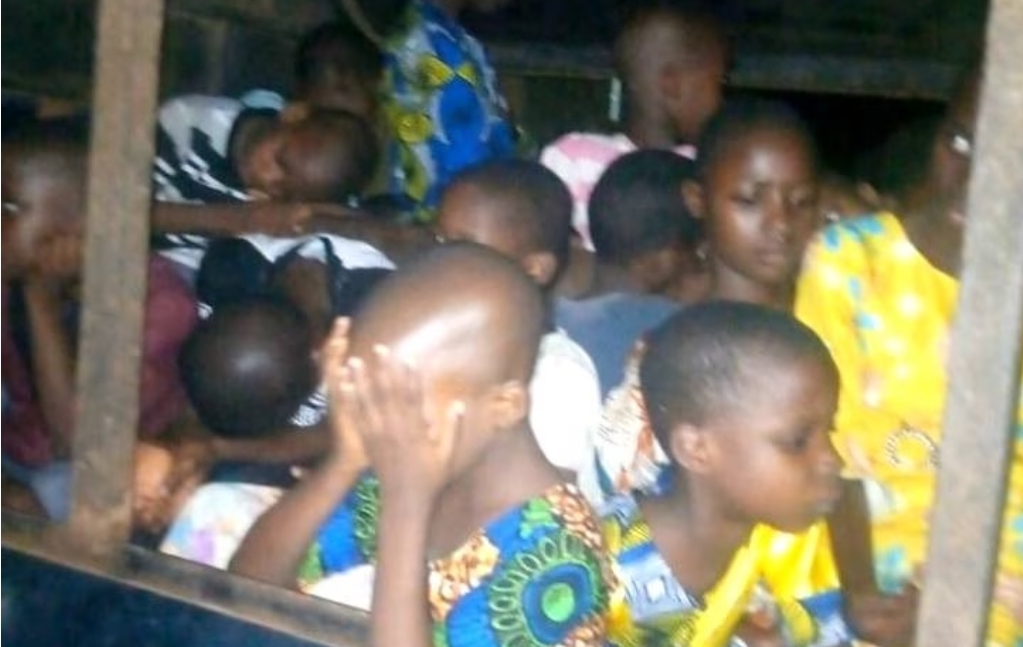 The social media has been on with reactions to the news that the Nigeria Police Force discovered dozens of children in a church’s basement on Friday night in the Valentino Area of Ondo town in Ondo State.

Local sources had it that the children were kidnapped from various sources and kept in the underground of the church.

Security operatives claimed that the children had been rescued, as well as the pastor, and some members of the church have also been arrested.

In a video making the rounds on the social media, attributed to the incident in Ondo state, a voice was heard saying “They are kidnapped children found in the underground cell of a church in the Valentino Area of Ondo.

“The pastor and some members of the church have been arrested and were also in the patrol van of the police.”

As at the time of filing this report, the Police Public Relations Officer of the state command, Mrs Funmilayo Odunlami, could not provide more details aside confirming that the victims had been taken to the Akure headquarters of the command.

Nigerians have taken to social media to lament the high rate of kidnapping and failure of parents to take proper care of their wards.

Video of the rescued children from Church underground in Ondo town onboard buses with security escort to Ondo State Police Command in Akure Via Phanciey pic.twitter.com/1mr1JzeT7S

GOD IS EXPOSING THE BUSINESSES OF MANY CHURCHES IN NIGERIA.

-many Almajiri abducted were rescued by DSS at church at Jos.

-Today, over 50 kidnapped children are rescued from an underground church at Ondo.

Just a few days after the Jos North burst, another set of 50 Muslim kids kidnapped, locked up and malnourished for whatever reason those Christian terrorists did it have just been rescued from an underground cell in Ondo state. #christianizationAgenda pic.twitter.com/2xR453ZT5Z

VIDEO: Pastor, other members of a church in Valentino Area of Ondo town, Ondo state arrested by the police following the discovery of more than 50 children kidnapped and kept hungry in an underground cell of the church! @ValiantNig pic.twitter.com/1VdEsj07dk

Something drastic has to be done about this issue of missing children turning up in Ondo, Anambra, Jos etc

Related Topics:#featuredondopolicesocial media
Up Next