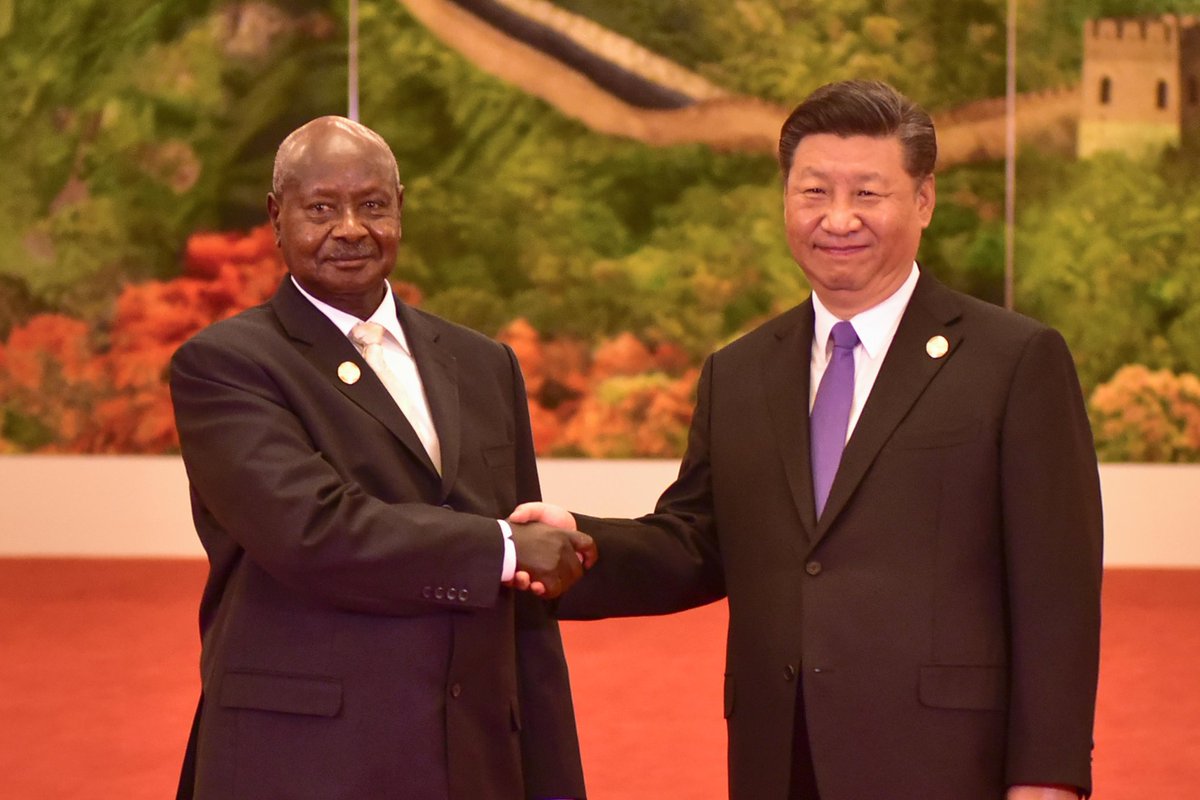 Widespread reactions across social media have followed reports of China’s potential takeover of Uganda’s only International Airport, Entebbe, over the country’s failure to repay a loan signed without scrutiny.

The Museveni-led government had in 2015 signed an agreement with the Export Import Bank of China, Exim, to borrow $207 million for the expansion of Entebbe International Airport.

The loan had a maturity period of 20 years, with a seven year grace period, but it was later discovered that the transaction signed with the Chinese lenders meant Uganda “Surrendered” its only International Airport.

According to The Monitor, Section 10.3 of the Repayment Mechanism Agreement provided for waiver of immunity, and stated as follows: “That each obligor hereby irrevocably waives any immunity on grounds of sovereign or other immunity for itself or any of its property in connection with any arbitration proceeding or with enforcement of any arbitral awards any court judgement.”

All efforts to renegotiate the toxic clause in the deal with the Chinese government, including a delegation dispatched to Beijing in that regard were declined.

Uganda reportedly waivered International immunity in the contract, meaning China could take over the airport without International protection.

Government ministers have since come under fire for the botched deal, with the Finance Minister, Matia Kasaija apologizing to parliament last week for the ‘mishandling’ of the loan.

The development has since stirred reactions online, as many are troubled Nigeria might soon suffer a similar fate following the ‘sovereignty clause’ also detected in the $500 million loan procured from China by the Nigerian government, to finance railway projects.

The Minister of Transportation, Mr Rotimi Amaechi had in an attempt to clarify the loan controversy in 2020 explained that the clause ‘waving sovereignty’ in the agreement between Nigeria and China was only a contract term; a sovereign guarantee that assured payback according to terms and conditions of any loan.

He said: “There is no contract without an agreement and that agreement must contain some terms and one of the terms that this one contains, is not that you’re signing away the sovereignty of the country. No country will sign away its sovereignty. What you do is, you give a sovereign guarantee; and I’m ashamed of those who interpret it the wrong way.”

Here’s what Nigerians had to say:

Meanwhile, Authorities in North Korea have unleashed a crackdown on citizens wearing leather trench coats saying it is disrespectful to emulate the fashion style of the country’s supreme leader, Kim Jong-un.

The police were also reported to have arrested hundreds of garment dealers and charged them to court.

The latest decree has caused quite a stir on social media as citizens of other countries lament the effects of dictatorship on the North Korean citizens.

Nigerians are not left out of this, and here are a few things they have said on social media.