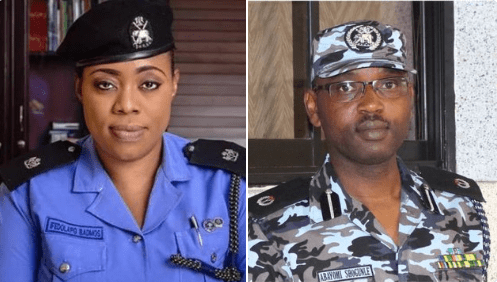 With the #EndSARS protests still ongoing across the country, discussions among Nigerians on major social media platforms, especially Twitter, have continued to be about the agitations.

Nigerians may have gotten used to seeing the Twitter trends table “decorated” with hashtags affiliated to the fight against police brutality.

Christian youths nationwide have also organized prayer walks as their way of lending their voice to the campaign.

THIS IS REVOLUTION!✊
We surge out their stupidity, dirty mentality, bias mindset, oloriburukunism, oloshism, ashierenism, alayebajenism and put back all good thing concerning youths and it's revolution!✊💪🏽#EndPoliceBrutality #EndSARS #RECONTRUCTNIGERIA Chijioke Prof

Sending Soldiers With Guns To Intimidate #EndSARS Peaceful Protesters Is A Waste Of Time And Resources. The 🇳🇬Youths Are No Longer Scared Of Guns And Bullets, The Govt Have Oppressed Them Long Enough! #EndPoliceBrutality#ReformTheNigeriaPolice #AirportRoadProtest #SecureNorrh pic.twitter.com/9ycUh22eOk

KWARA state governor abandoned his convoy on his way to office due to protesters blocked his way 😂 and he had to board an OKADA. This is the real #RevolutionNow#ReformTheNigeriaPolice#EndSARS #EndSWAT#EndPoliceBrutality #ENDBADGOVERNANCE pic.twitter.com/MXqe2TiaRX

We are the soro soke generation ; we’re all on the signboard now oh

We’re doing all this without submitting a billion naira budget; our government has scammed us enough #EndSARS #JusticeForJimohIsaiq #ReformTheNigeriaPolice pic.twitter.com/ZN1lmrEA25

The name (of the Igbo tribe) began to trend from the late hours of Friday during the candle light procession held for all victims of police brutality nationwide.

Tweeps took to the social platform to express their anger after a lady at the Abuja venue narrated how Chijioke Iloanya (a victim) was unjustly arrested and murdered by the notorious Awkuzu SARS unit in Anambra State.

The lady recounted how the officer in charge of the unit identified as CSP James Nwafor, who allegedly carried out the dastardly act, demanded the sum of over three million Naira from Chijioke’s parents to broker his release, before asking his father to swim in a river full of dead bodies to identify his son.

Listen to Chijioke’s story. Feom Festival of Lights, Abuja: held in honour of the ones we’ve lost.🕊#EndSARS
PART 1 pic.twitter.com/ROqGeOIvDb

Pls can we find the officer responsible for Chijioke’s death? Hearing that story sent shock waves down my spine, what happened to humanity? That officer also has a family, he must be brought to justice, let us amplify our voices pls, #Endsars

He had no right to have done what he did. That's extrajudicial. Everyone can't be wrong about him. This is an opportunity for the IG and the Govt to allay the grievances of the masses. They should use this case as a litmus test to assure us of their commitment to change.

This nwafor guy is the same James nwafor from anambra? Been reading various stories about him. If he is, he shouldn't just be fired. That's not fair. Too many people died at his hand and his squad. Everyone from the people who kept him in power to his squad should b prosecuted.

There is no greater evil than what was done to chijioke’s father. People have to be held accountable. They shouldn’t be left to leave their lives in peace. #EndSARS #IGPResignNow #BuhariResignNow Burn the whole system to the ground and start from scratch ‼️

Osinbajo had taken to his Twitter handle to announce the creation of a Judicial Panel of Inquiry for all victims of SARS extrajudicial killings, and a Victim Support Funds for the families of the deceased, as agreed upon by governors of the 36 states and the Minister of the Federal Capital Territory.

We will continue to update and engage with you all on these action steps and the ones to come, in the spirit of transparency, so that you can hold us accountable. We are, after all, here to serve you and we owe you a duty to win back your trust.

Osinbajo is more of a disappointment than Buhari… because we didn’t expect much from Buhari.

The action can be very quick sir. An executive order from the number one citizen, asking the IGP to produce the defaulters. Let’s start with the faces and names we have flying around on twitter already. Save us from this quagmire!! We are tired! #EndSARS https://t.co/VVPpWjw6mE

You are here shalaye-ing after a week long protest
Baba do quick #EndSARS https://t.co/iWdDfA4Grm

It was celebration galore for most Twitter users today after the names of 37 allegedly dismissed Police officers were published on the social media platform this morning.

Judging from the over 30 thousand tweets dedicated to the duo, Nigerians showed they had an unsettled score with the officers for a number of ‘reckless’ comments they had made in the past.

#EndSARS protesters have tagged the development as “progress”.

Yomi Shogunle would confidently come here to mock Nigerians because they are suffering from the police brutality. Good to know he has been dismissed with the Dolapo Badmus lady.

Guess who's laughing now and who's crying? It may take a while but Nigeria will get back all her Glory, This is Yomi Shogunle mocking us. #EndSARS#ENDBADGOVERNANCE pic.twitter.com/nlnzjZlOp6

Iv know Shogunle for years.. i have a personal story that really hurts

Is Dolapo Badmus a bad cop? I always thought she was one of the very few good ones. pic.twitter.com/y2sWRGIFLi

Another tanker explosion took place at the Otedola bridge, Lagos in the early hours of Saturday.

The unfortunate incidence left many wondering why the bridge has remained the center of tanker explosions in recent years.

😩😩Otedola bridge on fire again today by 2am… Last year around June/July this same bridge gutted out hundreds of lives. GOVT should just change the name of the bridge from Otedola bridge to Fire bridge.😔… #EndSARS #OtedolaBridge pic.twitter.com/pXxOZXiHhE

Can someone please explain why there’s always fire on #OtedolaBridge every year? What triggers these explosions? pic.twitter.com/AFTLN6gdP0

There is noting wrong wit that bridge , it’s only that some people are not doing thier job but only letting vehicles that are not road worthy to be on the road