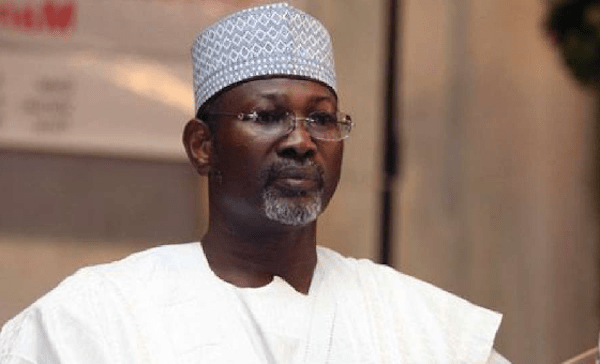 Social media users in Nigeria on Sunday focused mostly on conversations bothering on politics as they also critiqued opinions made by individuals in politics.

Nigerians have greeted with mixed reactions, former INEC Chairman, Prof. Attahiru Jega’s verdict on the President Muhammadu Buhari administration as he described it as “very disappointing.”

The ex-INEC chair, whose tenure ushered in Buhari as president in 2015, made the statement during an interview with newsmen on Sunday.

“Unfortunately, he has disappointed so many people. He still has time to correct things if he has the capacity to do that. But frankly, his government has been very disappointing. Many people wish him well but are worried about the direction the country is taking,” he said.

Prof. Jega further accused Nigerian politicians of “recklessness and self-service”, while calling on the President to embark on restructuring before 2023.

Despite the generally applauded independence of the electoral body under Prof. Jega’s leadership in 2015, social media users still called out Jega for taking so long to speak on the country’s predicament.

Jega waited for Baba to win reelection before coming out to tell us that Baba is incompetent and disappointing?

Jega should tell us how Card Readers captured only 200k voters in Kano in 2015.

Jega fired shotsss at the Manequine at the Rockside Villa

Nigerians on social media responded in utmost wonderment and were taken aback after a former presidential aspirant, Adamu Garba made a tweet calling out indiscriminate cattle grazing by Fulani herdsmen in Nigeria.

Garba, widely known for his tweets sponsored by religious and tribal sentiments, advised the government in his lengthy tweet on Sunday to step forward and reconcile the herders crisis by intimating herdsmen with the laws of land use.

While many critics have tagged the move a political strategy ahead of the 2023 presidential elections as well as a ploy by the tech enthusiast to promote his recently launched digital app, “Crowee”, Mr, Garba received no small commendations from other social media users.

I believe, to reconcile the raging herders crisis is to open proper communication where each knows the laws of the land.

All lands in Nigeria, including forests belongs to some entity, FG, SGs, LGs, Company’s or individuals.

Thus no land can be used without proper authorization

DJ play me something fishy by davido

Congratulations mr Adamu for your debut sensible tweet, more of it to come oooooo pic.twitter.com/2WS276TylY

Two things are involved. It is either Adamu Garba made this post so we can download crowwee or someone else is using his phone. If you are the one using the phone pls return it. Thank you pic.twitter.com/78PKcNC6hg

Adamu Garba Is just like Waspapping pro max. Don’t take anything from him serious. The fact that he’s speaking some sense this moment doesn’t mean his socket can’t get disconnected the very next minute. Man can still drop another annoying opinion on this same issue ?

Adamu will say anything to get more people on that App.

“Hi, my name is Okechukwu Tunde Garba, and I support you all.”

Related Topics:JEGANigeriasocial media
Up Next