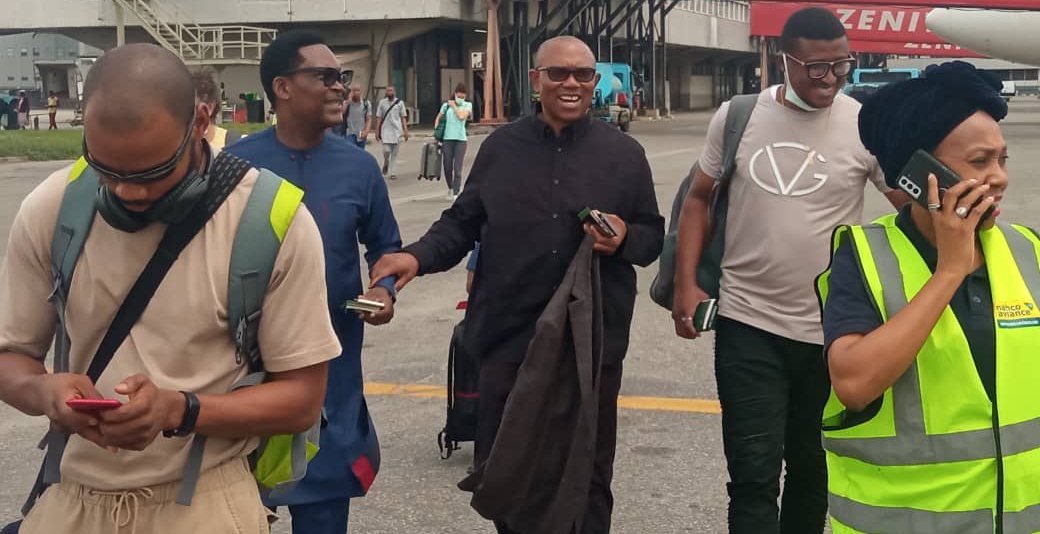 A former Personal Assistant to President Muhammadu Buhari, Bashir Ahmad, has been under heavy criticism on social media for saying that more than 97% of All Progressive Congress (APC) voters were offline.

The Nigerian writer and journalist likely directed the tweet at the online supporters of Atiku Abubakar and Peter Obi who have adorned the social media space with their candidate’s praise.

Recall that the Kano-born indigene had earlier lost the House of Representatives primary election for Gaya/Ajingi/Albasu Federal Constituency to the incumbent member, Abdullahi Gaya, with 109 to 16 votes.

The bragging tweet however did not go well with the supporters.

They're offline and they didn't help you win primares pic.twitter.com/Rz3zkVrXYm

Ahmad bragged that 97% of APC voters are not on Twitter. How can they be on Twitter when they are too poor to afford an Android phone? Doesn’t it baffle you that APC is openly admitting to using poverty as a weapon so that the populace is not able to make informed choices. Crazy

Bashir Ahmed, a presidential aide is really bragging that 97% of APC voters are offline.
In 2022?!
How freaking disgusting!!!
These folks do not have good intentions for this country. They just want power.

97% of APC voters are homeless, they are almajiris, those that wait for donations from the party and lack access to the rest of the world.
This class of people have no say and does not understand the meaning of good governance, they are given the go ahead to unleash hell. https://t.co/wNC3gdESrL

You should be ashamed of yourself for telling the whole world that 97% of APC supporters don't have access to Internet. It means your party had succeded taking Nigeria back to 1983

Read Also: SocialMediaTrends: ‘Kingmaker who has become king’ – how Nigerians are reacting to Tinubu’s APC victory

Mr. Peter Obi, the Labour Party (LP) Presidential flag bearer in the 2023 election, has announced leaving Nigeria for a three-day visit to Egypt to study how their economy is thriving.

The former Anambra governor made this statement via his official twitter handle, and mixed reactions have trailed his move.

Egypt, a country of about 109 million, has been able to outperform Nigeria with a population of almost 200 million, having been able to improve its power generation, its education among others.

Many prominent Nigerians such as Omoyele Sowore has met the journey with mixed reactions.

Sowore who is also a Presidential aspirant under the African Action Congress (AAC) condemned the journey.

In his words: “Heard @PeterObi traveled to Egypt to learn how to fix Education/Power problems, this is exactly the problem with unprepared candidates. It is 9 months to election & a two-term gov. & former VP candidate want to go learn something from Egypt in 3 days? Wow! #WeCantContinueLikeThis”

However many Nigerians have taken to social media to commend the two-term Governor’s effort.

I just departed for Egypt on a 3-day visit as part of my detailed study of comparable countries to Nigeria. In Egypt, I am expected to understudy, among others, the Egyptian Power Sector, Education, Planning and Finance Sectors. -PO pic.twitter.com/GzH8Gl7977

Heard @PeterObi traveled to Egypt to learn how to fix Education/Power problems, this is exactly the problem with unprepared candidates. It is 9 months to election & a two-term gov. & former VP candidate want to go learn something from Egypt in 3 days? Wow! #WeCantContinueLikeThis

For those asking “why Egypt”. In 2014 when GEJ was still in power, Nigeria was 2nd in the top 10 best African countries to invest in, Egypt was 6th.

Fast forward to 2021, Egypt is now no 1 while Nigeria is no longer in the top 10 because Buhari happened!😩

Tinubu is in Ekiti working hard for his party, Atiku is in Abuja; Obi on his way to Egypt to study Egypt. Later, people will come to shout rigging.

While some people went to Germany for medical checkup and others are busy with local politics, my President is going to Egypt to study how they doubled their power generation in 10years and how they built 10k factories in 7yrs 🤣

Peter Obi leaving for Egypt on a 3 days working visit to understudy the Egyptian blueprint that saw the country double their power output twice in 10yrs as well their financial sectors underlines his desire to make Nigeria work again.
That is the man we shld trust with our votes pic.twitter.com/8oIyKCrwfl

We all say we don't want a Muslim-Muslim ticket, but your fave is going to Egypt (strictly Muslim country) to learn. Mi o ni soro kankan

Many APC governors are in Ekiti to win the election there but instead, you are on your way to Egypt, sir. This could come after the Ekiti election and not before.

Your party do not have a state under control and you need elections as a pilot test of your ambition.

Read Also: SocialMediaTrends: How Nigerians are reacting to record victory by Super Eagles

In another trending event, Governor David Umahi of Ebonyi State, had on Monday reiterated that the people of Ebonyi would vote for APC.

He made the comment while swearing in five new Commissioners and two Special Assistants into his cabinet.

“We will vote for our Presidential candidate in the person of Tinubu. We must strive to liberate Ebonyi State and that is our agenda”.

Ripples Nigeria had earlier reported that Governor Umahi was furious with some delegates from South-Eastern states following the presidential primaries of the party.

According to him some delegates sold their votes to willing buyers that made him lose in his bid to be President.

With Ebonyi seems to be already in the bag, we hope our star Gov. Umahi will work hard to influence the neighboring states in the south east to at least get 75% of their total votes for our presidential candidate, Asiwaju Bola Tinubu.

Hypocrisy is when a Governor with due respect to "His Excellency" (Governor Dave Umahi), leaves a party that made him politically relevant over the years, on the account that PDP has not treated South East fairly by not zoning the Presidency to us throughout their 16 years in… pic.twitter.com/u9dB9o6sRH

Dear Nigerians, please calmly read this and understand. Read with a clean heart.

We both saw how the primaries went and how politicians stepped down for each other, they didn't do it for tribe but interest. Umahi chose Ahmed Lawan, Akpabio chose Tinubu, etc.

In PDP the same.

Take it from me, Dave Umahi does not have what it takes to command Ebonyi people not to vote Peter Obi.
He is simply out to further his selfish nest. How can he recover expenses incurred during his failed presidential bid?
Ebonyi people have told him off since his call 4 betrayal

Umahi is funny.
Umahi thinks he can win Ebonyi state for APC, he can't even win it for himself. Not a joke.