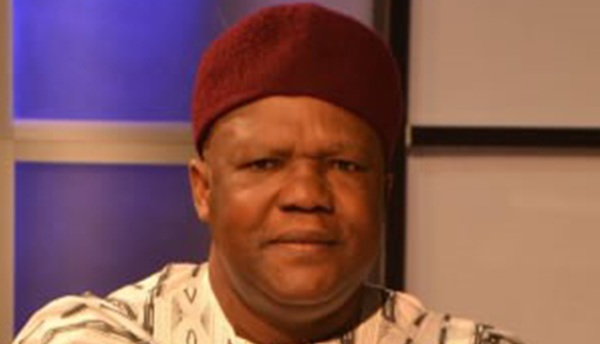 Nigerians on social media have recieved with shock, the news of the passing of the former Deputy Governor of Central Bank of Nigeria (CBN), Obadiah Mailafia.

According to reports, Mailafiya died in the early hours of Sunday at the National Hospital, Abuja after a protracted illness.

He was a native of Sanga local government area in Southern Kaduna, and was aged 64.

“Dr Obadiah Mailafia has stepped out of this troubled, troubling and turbulent world. He is into the realm of immortality.

“He left for us the memories of his powerful words and shattering truth. He cast the light of justice and freedom in the dark corners of power.

“Dr Mailafia epitomised courage, conscience and conviction. Whenever he speaks, he breaks the ceiling of fear and unsettles a nation allergic to the truth.

“He kept power on its toes with his facts and intelligence. He was a northern star who shined in the darkness of silence and surrender. He raised the moral bar with his boldness.He was a man whose truth is without a season. Like most greats and champions of freedom, He inspired many and irritated the establishment in his journey of life.

May his soul Rest In Peace.”

Mailafia, a Development Economist, was, before his demise, a strong critic of the President Muhammadu Buhari-led administration.

He was said to have taken refuge in Makurdi, Benue state at a time, following alleged persistent harassment by the Department of State Services (DSS).

Nigerians have mourned his passing differently, with some not failing to hint their suspicions of ‘foul play’.

HURIWA alleges Mailafia may have been killed, demands probe of death