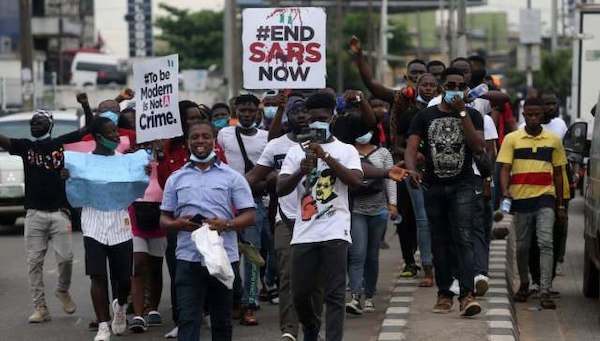 Nigerians are reacting to growing complaints of threat to life by some members of the Lagos #EndSARS Judicial Panel of Inquiry and frontline testifiers to the Lekki shootings, allegedly carried out by state-backed hoodlums.

A panel member, Mr Ebun-Olu Adegboruwa had via a social media post, on Monday, raised the alarm over threat to his life, which he noted had begun since the panel submitted its report to the state government.

He called on Nigerians to hold the government responsible if anything unfortunate happens to him.

Mr Adegboruwa said: “I have not committed any crime beyond joining other eminent Nigerians with unblemished integrity, to accept the nomination of government on behalf of my constituency, the Nigerian Bar Association and the civil society and the indeed the masses of our people, for a national assignment.

“Two prominent lawyers of the government have openly incited opinions against me on national television, with mindless accusations. I have however refused to be intimidated or bend to the tactics of government to be silenced.

The Senior Advocate of Nigeria also said a prominent EndSARS protester and survivor of the Lekki Toll Gate shooting who testified before the panel, Miss Kamsiyochukwu Ibe was recently attacked and dealt machete wounds “in what was clearly an attempted murder as reported by her counsel, with disturbing photos to show”.

Another survivor of the Lekki shooting, Dabira Adeyinka who also testified before the Lagos panel recieved a threat note on Monday, which read: “You’re next!!! Game on”.

She told news men that she had found the letter on the car on their way out of the hospital where Miss Kamsiyochukwu was being treated.

“One of us saw an envelope on the car.” She said

“When we opened it, we saw a paper with my image without the head. Then they wrote ‘Your’re next. Game on’. It was an image of me at the Lagos panel, when I went to give my testimony.”

“Right now, we’re trying to stay safe. I have only spoken with my lawyer,” she added, noting that she boycotted the police as she didn’t trust them.

Recall that the Justice Doris Okuwobi-led panel, set up to investigate the role of the military and police in the Lekki shooting of unarmed protesters among other matters, had last Monday submitted its report to the Lagos State government.

The leaked 309-page report found the military and police culpable in the “atrocious maiming and killing of unarmed, helpless and unresisting protesters” and declared the killing a “massacre”.

Nigerians have voiced their concerns about the development thus: