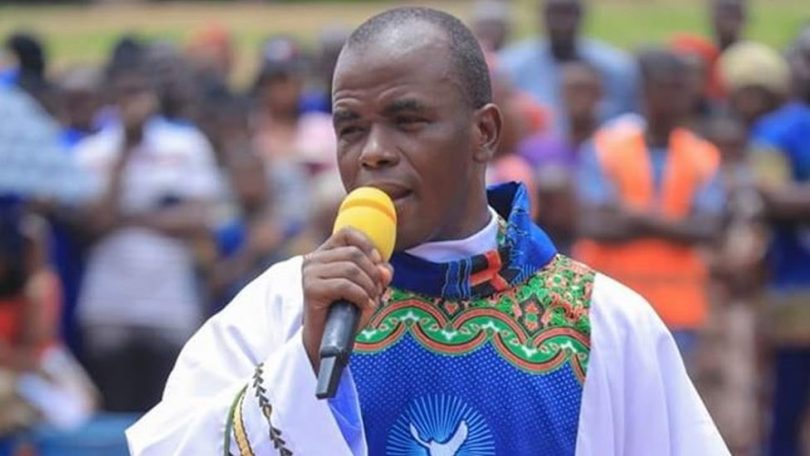 The social media community in Nigeria has continued to react to the series of events happening in the aftermath of the #EndSARS protests that took place nationwide in October.

With majority of the events indeed disturbing, social media users, on Tuesday, did the most to engage related posts as they raised a few hashtags for awareness sake.

A fresh case of brutality and extrajudicial killing allegedly carried out by security operatives in Ogun State, birthed this hashtag on Twitter.

According to reports, Onifade Pelumi who happened to be a staff of an online media outfit, Gboah TV and a year one student of Tai Solarin University of Education, was picked up by the Lagos State Task Force while he was reporting an incident at the Oko-Oba area of Ogun State on October 24.

With no knowledge of his whereabouts, his family declared him missing until he was reported dead after his corpse was found at a mortuary in Ikorodu.

According to a statement released by the University’s Student Union, TASUEDSU, speculations are that Pelumi was killed while in detention by the police. The Union has however, called on well meaning Nigerians to join in their fight for justice and appealed to the Lagos State Government to bring the perpetrators to book.

Onifade Pelumi was murdered by a Lagos State Task force when he went to cover a story at abattoir agege cos he heard a looting was happening.they killed him and dump his corpse at the morgue his family went there and they don't want to release his body.we want #JusticeforPelumi pic.twitter.com/pUyTE8VaZX

The Lagos state judicial panel of Inquiry which is probing the shooting of unarmed #EndSARS protesters at Lekki toll-gate on the night of October 20, 2020, confirmed the receipt of a video footage from the Lekki Concession Commission (LCC), the company in charge of the toll-gate.

According to the Managing Director, LCC, Abayomi Omomuwa, the surveillance cameras functioned until 8pm when “it was tampered with and we couldn’t get anything”.

Twitter users have suspected foul play and have maintained that the explanations don’t hold water.

The CCTV at Lekki tollgate has been working perfectly all year round until 8pm of Oct 20, the exact time the "uniformed hoodlums" arrived to start shooting.

They should use videos from IG live pls.Detective Fashola should also be called to submit video footage from his camcorder

"We The Army were not at Lekki"

"Me Sanwo-Olu does not have power to order the military"

Spiritual Leader of Adoration Ministry, Enugu, Rev. Fr. Ejike Mbaka called on President Buhari and his predecessors to apologize to Nigerians especially the youths, on whom he claimed the leaders have brought pain.

He also disclosed that the Presidency was made up of hooligans that have continued to feed the president with lies.

The statements immediately sparked reactions on Twitter as Tweeps called out the controversial Catholic priest who had once claimed that the Buhari administration was ordained by God.

Buhari surrounds himself with criminals feeding him lies — Mbaka

Two things may be involved;

Either the gratification for those "prophesies" have stopped coming

God appointed Saul and same God took away the throne from him. Why?

I am happy with Fr Mbaka, Pastor Bakare and everyone who supported Buhari in the elections and now calling him put to act right. It takes a people of integrity and courage to do such. If they have soiled themselves, they won't talk.

Social media Influencer and U.S based lawyer, Modupe Odele (a.k.a Moe) took to her Twitter handle on Tuesday to confirm rumours accusing the Federal Government of targeted intimidation and harassment on frontliners of the #EndSARS protesters.

Earlier in the day, Moe (@Mochievous) was rumoured to have been detained by the authorities, which brought about the hashtag #FreeMoeSexy on the trends table.

But she has since dismissed claims of her arrest, stating that she was only barred from travelling as her travel documents were reportedly ceased at the airport.

Tweeps had a lot to say about the President Muhammadu Buhari-led administration, afterwards:

How an administration of @MBuhari @NGRPresident @NigeriaGov that find themselves in a hole of trenchant dissatisfaction of citizens just keeps on digging deeper into the sea level is a wonder!

You think repressing the rights of young #EndSARS protesters is your solution? Haba.

Thank God you're safe. Their intimidation won't work this time. You have the Support of over a 100 million Nigerians

They are doing everything to silence everyone. It's left to us to stand up to resist their whims.

The Buhari led dictatorship is never going to guarantee our constitutional rights. Remember that! #FreeMoeSexy

How many people dem go arrest?? What if we get leader??? Omo….#FreeMoe

The 24-year-old played the lead role, Moremi Oluwa; a female post-graduate student who was out to report a popular lecturer, Prof. Lucien Nd’yara, (Jimmy-Jean Louis) for a case of sexual harassment.

It's the color grading and Temi's acting for me. Oloture was the movie of last month. This sure will make movie of the month for me💃🏽💃🏽💃🏽

Twitter Nigeria engaged the hashtag once again in response to calls for censorship of social media by the Northern Governors Forum.

The rejection of the call was backed up with claims that social media had become “The People’s Parliament”, therefore enforcing any bill to regulate social media, would be an infringement on the people’s fundamental human rights.

I am certain that some of the best minds in the North are ashamed of that bunch that gathered together as “Northern Governors” and wrote that trash on the #EndSARS protests as well as #SocialMedia.

No wonder all economic, human and social indicators of Governance remain dismal.

The only media not compromised is Social media!

I say No to Social Media bill! #KillSocialMediaBill

A man without freedom of speech is a slave