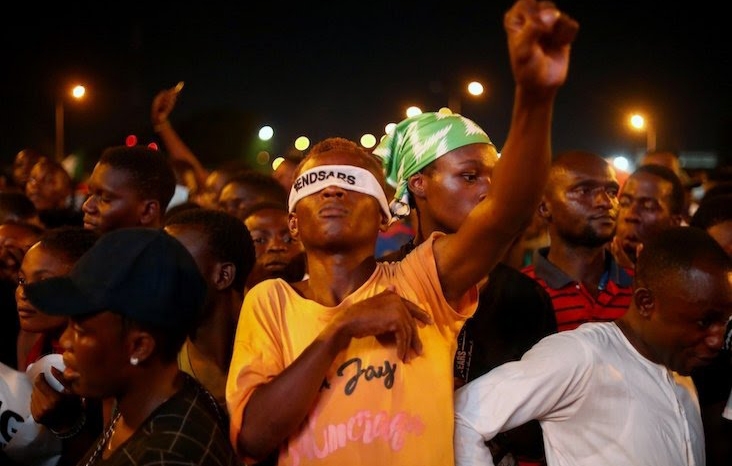 Topics of national concern made top trends on Sunday across social media platforms in Nigeria, especially on Twitter.

The issues bothering on insecurity in Northern Nigeria as well as a new directive by the government concerning bodies of suspected #EndSARS protesters, were the most talked about on Twitter.

The following trends got maximum engagements:

The above phrase made it to the trends table following the reported ban on corpses of suspected #EndSARS protesters domiciled at the Mainland Hospital mortuary, Yaba by the Lagos State Ministry of Health.

Relatives of the dead have been reportedly denied claims to the bodies of their loved ones who died after the shooting incident at the Lekki toll gate on October 20 despite an earlier call by the state government urging them to do so.

According to the Medical Director of the Mainland Hospital, Dr. Abimbola Bowale, there was a “pending injunction” on #EndSARS related cases hence the development.

So Mainland hospital finally spilled truth, people actually died, now release the bodies to the families of that's the best this government can do for now

Sanwo Olu said nobody died at Lekki but Mainland Hospital mortuary just revealed that Lagos State Ministry of Health warned them not to release bodies of protesters.#LekkiMassacre HAPPENED! Sanwo Olu is a murderer and the truth is gradually coming out. #LekkiGenocide

Not only were #EndSars protesters killed. The victims are also disrespected by being kept like chickens in mainland hospital. The family have the rights to bury them ?. Their blood will keep crying like that of Abel #LekkiMassacre #LekkiGenocide

At least 40 worshippers and an Islamic cleric were reportedly abducted on Friday by armed bandits during Juma’at prayers in Dutsin Gari Community, Zamfara State.

Five people were reportedly killed with several others injured following the attack.

@MBuhari The reason why we vote you into power is because we believe you can secure our lives and properties, but the insecurity in #Zamfara and other states in the northern part of the country is always getting worst. You failed to secure us, please resign for the best ?

I don't know whether to feel sad or happy that the North are now seeing Buhari as a colossal failure that he is.
Sadly, it took them the loss of several lives to start crying out and stop defending the disappointment of a man.
Anyway, #SecureNorth #freenorth#zamfara | Sai Baba

Our government and military keep telling lies and playing games with insecurity, nobody stays in power forever and the insecurities they breed now will surely come to hunt all without leaving any class untouched. #Zamfara #Recession2

Don’t allow any scholar to tell u who to vote in 2023, most of them are doing it for their pockets. Why are the scholars that cried and called the past govt out for the killings happening in north back then are quite now? Are the killings in Borno, #Zamfara, stopped under buhari?

Tweeps have continued to ‘rant’ over the country’s recent plunge into recession after a report on Saturday by the National Bureau of Statistics (NBS) revealed that the economy experienced a consecutive downward growth in Gross domestic Product (GDP) in 2020.

Nigerians lamented the state of the country under the Buhari administration as some were of the opinion that people were already living in a deteriorated economy before last week’s official report.

Nigeria just entered recession
Where were we before ?
Accession !!!#Recession2 pic.twitter.com/I8Q08aDGTd

#Recession2
There is really no difference between "Recession Nigeria" and "Normal Nigeria" , we dont even know how it feels to be in and out of recession. We have been battling "recessive economy", recessive president, recessive system. from ages to ages pic.twitter.com/LuMWpiki9b

Nigeria govt: we entered recession again.
Frustrated Nigerian: where are we b4?#Recession2 pic.twitter.com/B4IxXtwgbW

Nigeria be like a movie, we had recession 1, season 2 don come, #Recession2

I'm so tired.. From the bottom of my heart, am tired of Nigeria .
Do y'll mean to say, what we've been experiencing is a pre-recession? And now we are in the real #Recession2? O ga o????.
Very soon Sachet Water ll be sold for N50??.