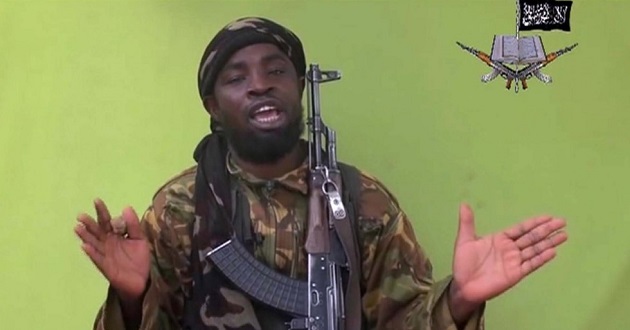 All is yet to be heard about the #EndSARS protests of October and the subsequent alleged intimidation by government, as the protesters have continued to pursue justice via social media.

The protesters on Tuesday stood in solidarity once again with an embattled fellow, Eromosele Adene, using #FreeEromz and #FreeEromosele hashtags on Twitter to push for his freedom.

There was also cause on Tuesday to address the state of the country’s security especially in northern Nigeria.

These trends garnered the most engagements:

Abubakar Shekau, Leader of the Boko Haram Sect, in a new video, reportedly addressed the Nigerian Army’s attempt to unleash a fresh manhunt for him and his top commanders, claiming that he was doing ‘the work of God and would be protected’.

Images from the video which soon went viral showed the Jihadist leader seated and surrounded by his fighters in an enclosed room.

Shekau also confirmed that he was alive and mocked the Nigerian military for telling Nigerians on countless occasions that he was killed.

Look at how fresh Shekau is… Flaunting Designer wristwatch and living fine for more than 9 years now… Godwin Emefiele can't trace who funds Boko Haram but he can trace protesters account…useless government pic.twitter.com/E5imlnYkj7

In the 20th century, the age of spinning little satellites that records even our mobile cells keystrokes. Shekau, who has wreck so much havoc on our country, is enjoying 4G.
Yet, our intelligence gathering and reconnaissance wings are yet to pin a 10miles radius of his location.

Shekau makes video all the time. Yet the Military can't trace the signal location. FG dialogue with Boko Haram, yet they claim not to know their Location.
Buh if its to pick up peaceful protesters in their home, they will do that gladly with full TEAM.#FreeEromzy #FreeEromosele.

Shekau and using the Nigerian Government to give Ted talks ?

#EndSARS protesters hoisted the hashtag for the umpteenth time in solidarity against the ‘unjust’ detention and arraignment of Eromosele Adene, a.k.a Eromz accused by the Nigeria Police of criminal incitement, cyber stalking and conducts likely to cause breach of peace during the #EndSARS protests in October.

Although, the Lagos Magistrate Court in Yaba granted the 27-year-old a N1million bail, despite the fact that he was yet to be formally charged, the case has been considered by most Nigerians as one of flagrant abuse of power and injustice by the Nigerian Police.

Eromosele Adene message to everyone fighting and pushing for change ??#EndSARS ….. Let’s apply more pressure, Cos our so called leaders are feeling the heat on a daily✊? #FreeEromzy #FreeEromosele pic.twitter.com/LMBWZgWRHr

1million for bail for carrying a megaphone ? ?? God, do you still have Nigeria in ur plans???

The sooner the Nigerian government realizes this struggle is bigger than any individual, the better for everyone, most especially on their side.

Twitter Nigeria reacted to the recent killings and attacks by armed bandits on communities in Kaduna State as well as the Kaduna-Abuja highway where at least 5 students from the Ahmadu Bello University (ABU) were reportedly kidnapped and two killed.

Some Nigerians also condemned the killing of a chief and his two sons in the Zangon Kataf local government area of the state in the early hours of Tuesday.

Because kaduna – Abuja highway Reps, senators, and other government agencies follow the road that's why you are taking action.
what about Boko Haram, banditry in katsina, and Zamfara why do you failed to take action because people in that place are animals or what

And victims are not permitted to protest because protest is Haram

Kaduna state is now in the league of them katsina and zamfara.#SecureNorth

‘I am in firm control of police force,’ Adamu replies ex-army officer