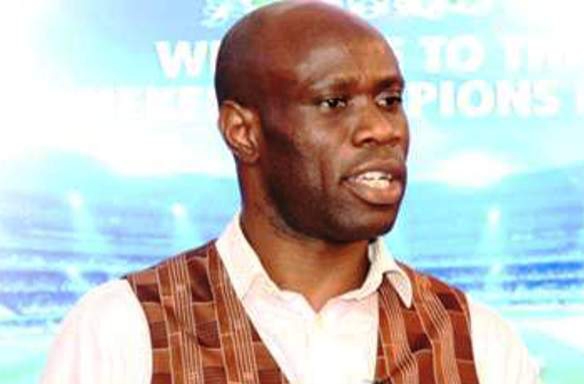 Across social media platforms on Tuesday, Nigerians paid major attention to some ethno-religious and political issues existing in parts of the country.

Twitter Nigeria also went sensational with a range of several other topics, but these trends stood out with the most engagements:

Speculations heightened after the female entertainer reportedly testified before the Canadian Parliament a day ago to the shooting of unarmed protesters by the Nigerian military.

Meanwhile, over 900 people (at the time of this publication) have signed a petition – [email protected] – started by one Femi Adegbulugbe, asking the Canadian government to refuse DJ Switch’s asylum application.

The petitioners had accused the DJ of “inciting massive carnage and wanton destruction of private and public properties with the #EndSARS protests”.

The petition read in part: “A judicial panel of inquiry has since been instituted by the Lagos State government to inquire into these unfortunate times, but Ms. UDEH and her cohorts, who are the principal parties to these crimes, choose to jet out of Nigeria, and apply for asylum on very bogus terms,”

If the asylum news is true,
She may never DJ in Nigeria for many years again. Just because we are a country that will rather hunt and kill her than prosecute the murderers she exposed.

Think of that as you go to bed.

Just imagine if DJ switch was not at Lekki toll gate that night. Sanwo olu and the military would have sold cooked up stories to us and the international community.

Anyways I really pray her being granted asylum in Canada works in our favour too.

Who in God's name is signing this petition to refuse the Canadian asylum for DJ switch????What is wrong with human beings, Edakun why are people raving mad. This same people might not have sign petitions we signed during #EndSARS ..May God himself not have mercy on them. pic.twitter.com/B3xfkzCQkH

I am happy that DJ Switch is safe but did it really have to come to this, she had to get asylum in Canada!! Her career that she worked hard for is all gone! Which way Nigeria!!!

Rumours, earlier in the day, had it that Kaduna-born actor, Rahama Sadau could be at the verge of facing a death penalty for blasphemy after a ‘controversial’ picture of herself raised dust on social media last week.

Despite having apologized, the 26 year-old actor who is currently suspended by the Northern Filmmakers guild was said to be set to appear before a Sharia Court following charges of blasphemy for bringing insult to the Prophet Mohammed through ‘indecent dressing’.

But some influential handles later debunked the stories as false, insisting that Rahama was never arrested by the Police let alone set to appear before a court.

Rahama, in a series of tweets on Tuesday evening, finally cleared the air by calling on people to stop spreading unfounded stories.

I have received many messages that I have been arrested and sentenced to jail earlier today. I have no idea where the news emanated from. I'm therefore calling on people to stop spreading FAKE and unfounded stories…

I don’t see any good intention in spreading the fake news about Rahama Sadau, I have said it before and I am saying it now, @PoliceNG didn’t arrest Rahama or anyone else. Any news about her arrest or her being sentenced to death should be regarded as fake news and incitement.

Rahama sadau allegedly facing death sentence is FAKE NEWS and an effort by some people to stain Islam. It is fake please discard it

Actress Rahama Sadau is about to face Death penalty??? Can they please divide the country. Let everyone go their separate ways please ?

Take away the indiscriminate violence of Boko Haram,a lot of people actually agree with their core ideologies.

Boko Haram will read the news about what is happening to Rahama Sadau and smile in satisfaction.This is their vision for Nigeria and its citizens: a Sharia state.

So i will just allow myself b killed cus of my dress, God forbid! I rather become a pegan!
Rahama Sadau

In all these our fights for a better Nigeria, I really think the North will hinder a full and quick revolution. There are some things which are not meant to be happening in Nigeria at this stage.
A good example is Rahama sadau case ?

In a video which went viral after the polls had ended, the ex-Eagles defender said he had rightly predicted Edo and Ondo state’s election results and was certain that Trump would defeat Biden by a slight margin.

????? when a rugged defender like taribo west scores own goal.

Just saw a video of Taribo West,prophesting that Donald Trump would win the US election.The election is over now,we all know the winneer-Biden.Pastor Taribo West should please stay with football analysis, the prophesy route is not is strong forte.

Don't know whether to laugh or be sad over that Taribo West video making a big deal of predicting election results.That guy once packed National Stadium full to the brim when he brought the biggest stars in the world to Lagos for "Taribo & Friends."To see him reduced to this.Sigh

Taribo west should be on the next night of a thousand laugh …..how can one person have so many jokes like this and he never blow …." Nothing is coming out " …now the first something that is out is already nothing again ??? pic.twitter.com/0N7lDaEogd

From Taribo West to Taribo Waste ?
Igbo pple already saw this coming but we all ignored ? ?

Twitter Nigeria recognized late activist, Ken Saro-Wiwa and eight other Ogoni activists who were unjustly executed under the military government of General Sani Abacha on 10 November, 1995 for agitating against the disregard for environmental laws by the government-backed Shell Petroleum Development Company Of Nigeria.

The hashtag was raised to seek justice for the slain 25 years on, as the demands by agitators have remained constant: Fair share in oil wealth, providing community projects and respect for environmental laws.

We refuse to cower. #RememberSaroWiwa #Ogoni9
10th November 2020, we remember again for the 25th time. pic.twitter.com/qcN87Cd2KR

Ogoni people marching on the street of Bori in honor of the 25th Memorial day commemoration of the killing of Ken Saro-Wiwa and other Ogoni Martyrs.#RememberSaroWiwa#Ogoni9 pic.twitter.com/LUHlCJLl4d

The Niger Delta Congress joins our Ogoni brothers and sisters in asking for justice. Justice for the Ogoni people, and justice for the Niger Delta. May the sacrifices of the Ogoni 9 never be in vain. #RememberSaroWiwa #Ogoni9 #NigerDeltaCongress pic.twitter.com/HQVQEY8x2X

Nigerians called out the Dangote Group after a Bloomberg report revealed that Dangote Cement had been solely exempted from the Land Border Closure imposed by the Federal government to boost production of locally-made goods.

According to the report, Dangote Cement was allowed to engage in export trade to neighboring countries like Niger and Togo from the first month of the third quarter of 2020 while other producers observed the ban.

Nigerians accused the government of allegedly practicing ‘politics’ with the country’s economy.

Meanwhile, the Founder of the Dangote Group, Aliko Dangote has dismissed the report as ‘misleading’, stating that the “BUA Group and a gas company also received presidential approval to move goods across land borders.”

This waiver for Dangote and Bua is very wrong. For one it flies in the teeth of govt’s obligation to provide a level playing field for business.

The President is not a King and should not be doling out favors willy-nilly https://t.co/DgHxIwoucK

Allowing legitimate exporters & importers to move their goods across the border should be a no-brainer. Why refuse everybody else & allow only one company (Dangote)? This is why some of us argue that the Nigerian economy is rigged in favour of a handful of well-connected persons

During the Covid19 lockdown Dangote trucks were allowed to drive through Ogun state but everyone else was stopped.

Today Dangote trucks are allowed to go through our land borders but everyone else is stopped.

Dangote is one of the few true citizens of Nigeria and he's enjoying his citizenship privileges and rights on every side.

Others are refugee by birth.

One human rights activist, Mr Kenechukwu Okeke has filed a criminal law suit against the Senior Pastor of Daystar Christian Center, Pastor Sam Adeyemi and a list of other Nigerian celebrities and Social media Influencers, for their role in the #EndSARS protests which later turned violent causing huge loss of lives and properties.

The suit was brought before the Magistrate Court in Abuja seeking justice for those affected by the civil unrest in October.

Not only does that lunatic want to sue Aisha Yesufu, Falz, Banky W and others, he also wants to sue Pastor Sam Adeyemi LMAO??‍♂️

That guy has 38 people on his list that includes Pst Sam Adeyemi, falz & co

Millions of Nigerians demanded for the right to live through #EndSARS

You will compile tire o