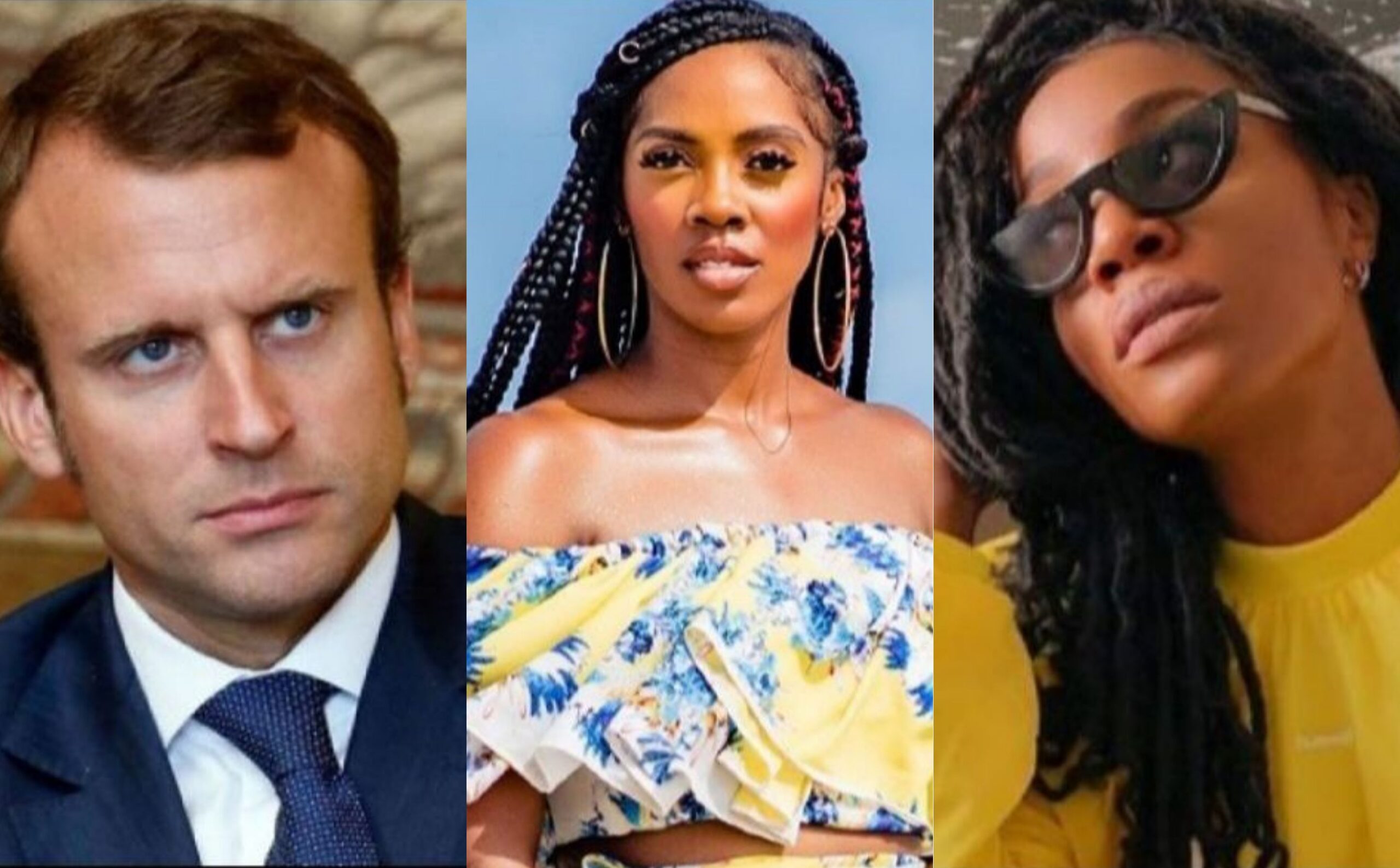 Nigerians on social media reacted to a video of French president, Emmanuel Macron being physically assaulted by a citizen at the La Drome in France.

The shocking incident happened during an official visit of the French leader to the South-East of France on Tuesday.

In the widely shared video, the individual whose identity is yet to be made public, seized the President’s forearm and struck him on the cheek while Macron approached the barricade to greet citizens.

The man could be heard yelling for the end of “Macronie”, a term used in the French press for the Macron Presidency.

While the reason for the action is yet unclear, some Nigerians are of the opinion that French citizens might be displeased with some of the policies of the French president.

The act which has been condemned by many as an “embarrassment” has garnered reaction from Nigerians, many of whom have predicted the possible aftermath should such an incident occur in Nigeria, especially under the Muhammadu Buhari-led regime.

Here are some reactions:

A video of two Nigerian female celebrities, Tiwa Savage and Seyi Shay engaged in heated exchanges has left fans of the two divided on social media.

The singers appeared to have ran into each other at a hair salon, but things took a different turn after Seyi reportedly approached Tiwa to say ‘Hi’.

The encounter, which purportedly reawakened a long-standing beef between the two singers, led to the altercation.

An enraged Tiwa didn’t waste time to bare-out her grievance. She noted that Seyi had no right to walk up to her for a greeting, considering what she and Kenyan singer, Victoria Kimani had done to her in the past.

Seyi Shay and Victoria Kimani had in 2019, released a diss track where they both threw shades at Tiwa Savage.

The two were prevented from getting physical while they rained vulgar abuses on each other.

Twitter users on Tuesday dragged Veteran Nigerian actor, Yemi Solade after he expressed support for the government’s recent ban on Twitter in Nigeria.

Solade in an interview with Goldmyne TV described the ban as “the best decision the presidency could have made”.

He further stated that the microblogging platform went too far for insulting President Buhari and by extension, all Nigerians in its move to delete the president’s tweet.

The actor faced massive call outs from Nigerians on social media, who claim Solade had now received the baton from actor turn Lawmaker, Desmond Elliot for his “unguarded utterances”.