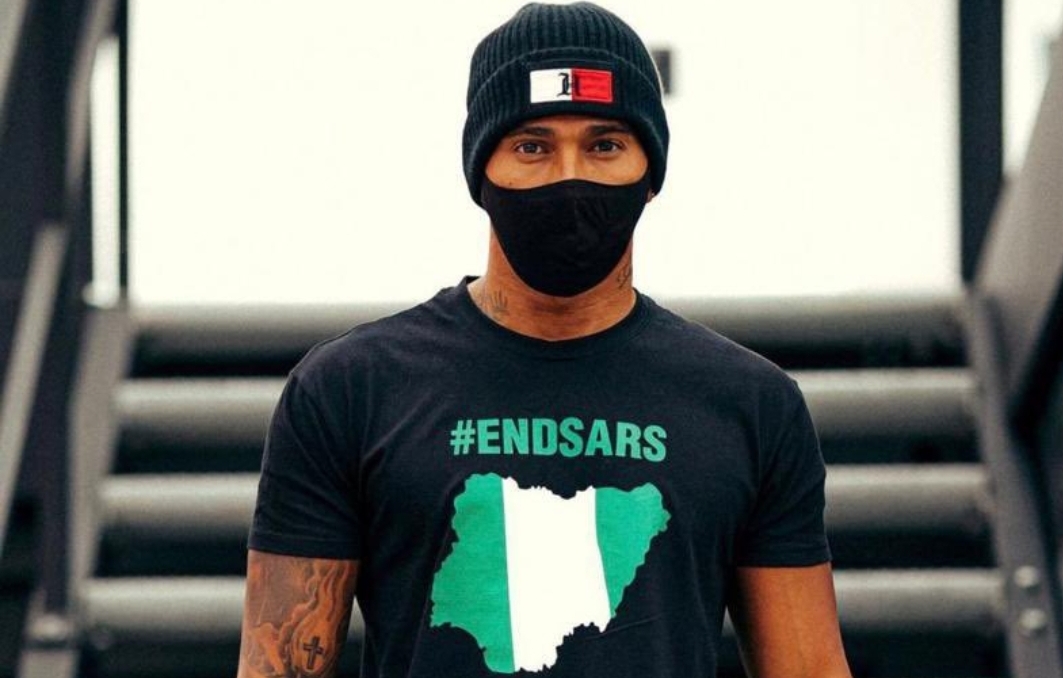 The social media space on Sunday was basically a reflection of varying interests of its numerous users, and a far cry from what was obtainable in recent weeks.

On Twitter, hashtags like #EndBadGovernanceinNigeria, #endinjustice, #CongoIsBleeding and #AfricaisBleeding, which formed major discussions around mid-day, did not get much engagements.

But the following stories caught our attention:

#EndSARS protesters for the umpteenth time, called out a chieftain of the All Progressives Congress (APC), Bola Ahmed Tinubu, for denying claims that he left Lagos before the Lekki shooting incident to avoid being mobbed by angry protesters.

Tinubu denied the claim while addressing newsmen in Lagos on Saturday, and also debunked rumours about his son’s alleged kidnap, before boasting that he remains the “Jagaban (Leader of warriors) and the Asiwaju of Lagos”.

Twitter users have dared the former Lagos Governor to walk the streets without security if he was truly the “Jagaban”.

It's Lagos people that I pity. How can you have Buhari as your President, Sanwo-Olu as your Governor and Tinubu as your Jagaban. E be things.

Tinubu called Sanwo-Olu a youth. A man of 55 years?. No wonder they think political retirement age is 90 and above. Awon leaders of yesterday, today, tomorrow and forevermore.

Lol… don’t let it get to you… I saw it since… and I gave up… just remove your mind.. people love their oppressors

Lol…..The people that will defend Tinubu physically are not on this app.
We can use this as a litmus test whilst reoreinting the goons that will protect him online and offline.
That man has too many people on his payroll.

The private sector-led organization founded to assist government in the fight against coronavirus in Nigeria, released an unofficial statement condemning the looting of Covid-19 palliatives stored up in warehouses across the country.

According to the statement released by the CEO of First Bank Plc, Dr Sola Adeduntan, CACOVID had planned to provide for an estimated 1.7 million Nigerians without driving inflation.

“We had to contract this out to various manufacturers and it took time for them to deliver the goods to us. It was only in September and early October that it was handed over to the various state government and FCT. It is therefore a fallacy that the government have hoarded those foodstuffs,” he wrote.

Tweeps have however considered the statement as the organization’s attempt to cover up for government’s inadequacies.

CACOVID is simply covering up for the greedy polithiefians.

They simply donated it to the GOVT to gain political favours. Alleviating hunger from the masses was never the real intention.

Whether he shared or not is irrelevant now cos the items wasn't bought by his own pocket money.
Politicians are just evil.

The Formula 1 superstar made it to the top of Twitter trends table on Sunday for two reasons.

First, the racing driver voiced his support for the #EndSARS movement in Nigeria, calling on the rest of the world to take action by helping solve the ‘human rights crisis’ in the country. And Hamilton automatically became a subject of discussion in the Nigerian space.

Few hours after his social media post about #EndSARS, the British athlete who is competing in the Formula One for the Mercedes-AMG Petronas, went on to set a record, winning in Portugal to become one with the most Grand Prix (92) titles in the history of the sport.

We all have a responsibility to educate ourselves and raise awareness of the tragedies happening in the world around us and take action where we can. The recent events in Nigeria are a human rights crisis.
Hit the link to find out more #EndSARS ?? https://t.co/AtCcDo6dFn pic.twitter.com/VDGK3Cp1c7

Lewis Hamilton Leads his voice to the #EndSARS  movement !!

He also won today and has a total of 92 Grand Prix wins.

The Most in Formula 1 history.

Lewis Hamilton posted this earlier today to support the cause, and now he has become the driver with the most race wins in Formula 1 history!