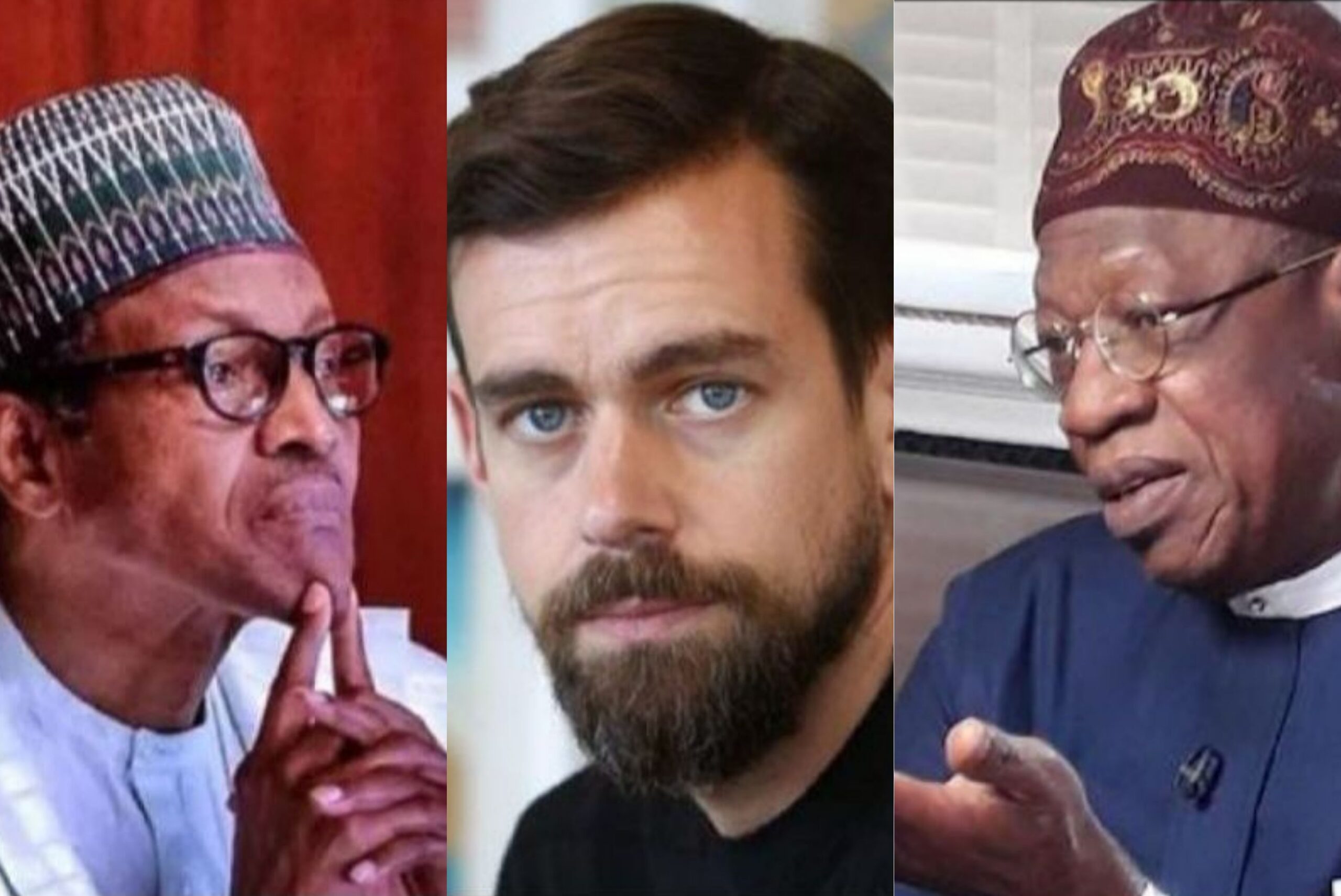 The Nigerian government’s suspension of Twitter’s operations in Nigeria has come as a shock to Nigerians on social media and has elicited varied reactions.

Minister of Information and Culture, Alhaji Lai Mohammed had on Friday announced in a statement issued by his office, the indefinite suspension of the microblogging and social networking service in Nigeria.

The statement cited the persistent use of the platform for activities capable of undermining Nigeria’s cooperate existence.

The suspension comes a day after Lai Mohammed said Twitter’s mission in Nigeria was suspicious following the platforms removal of President Buhari’s tweet for violating its rules.

In the deleted tweet, the president had threatened to treat Nigerians “misbehaving” in the language they would understand while referencing the Nigerian Civil War.

It sparked reactions from Nigerians who found the statement highly offensive and inciting.

It is unclear how the suspension will work as the platform is still accessible at the time of filing this report.

But, Nigerians have expressed outrage over the development and are calling for the suspension of President Buhari’s Twitter account with the #TwitterSuspendBuharisAccount hashtag.

Banning @Twitter violates S. 22 & 39 of the 1999 Constitution. Twitter seems to be the only medium through which we hold the reckless regime of Buhari responsible. We will resist the attempts to ban Twitter in Nigeria.

Retweet to petition @Jack and @Twitter to PERMANENTLY suspend @MBuhari’s account. Buhari is a bloodthirsty war monger in breach of their TOS and should be shut out of decent society!#TwitterSuspendBuharisAccount#FacebookSuspendBuharisAccount#TableShaker #BuhariTormentor

Jack bruised their ego big time. Full-blown dictatorship, Social Media Gag is finally here. They might try to suspend the Constitution. So get ready to hit the streets.

Does Lai Mohammed know that there's a little something called VPN that Nigerians can use to circumvent the Federal Government's so-called ban on Twitter in Nigeria? These ignorant, prehistoric creatures in gov't never cease to amaze with their insufferable boneheadedness.

You can suspend Twitter in Nigeria in a week, but you can’t solve insecurity, electricity issues, health, education, roads since 1960?. Shameless!!!!!!

If the Nigerian government have its way it’ll cutt out the tongue of every Nigerian. Just because Twitter allows equality for everyone, they are pained and want to suspend Twitter in Nigeria.?? Clowns

FG has suspended Twitter in Nigeria, if you can still tweet, that means you’re in UAR
Ko po ke 🔥

Block this clowns account so he would stop posting rubbish #TwitterSuspendBuharisAccount pic.twitter.com/l4sUk5LVKM

Meanwhile, Former Presidential aspirant, Adamu Garba, is celebrating the ‘triumph’ of his social app, Crowwe, following the indefinite suspension of Twitter by the Federal government.

The tech-inclined politician on his Twitter handle wrote: “Goodbye to Twitter in Nigeria. Welcome to Crowwe. Join us @CroweeApp now”.

But critics have considered as ‘desperate’ Garba’s attempt to secure the acceptance of his app by Nigerians and have vowed never to download it.

The small Crowwe has defeated the giant Twitter in Nigeria. We have WON!

Story of David and Goliath are-enacted in Nigeria.

Adamu Garba: Goodbye to Twitter in Nigeria, welcome to Crowwe

If that Crowwe app is the last social media platform available for use.

I'll rather adopt the ways of the ancient men. Documenting my thoughts on cave walls.

Dear Adamu Garba, no matter what the government does to Twitter in Nigeria, we no go still use crowwe. pic.twitter.com/f5pyGwKXnR

If Federal Government like make them Ban Twitter in Nigeria, we no go still use Crowwe #TwitterBan