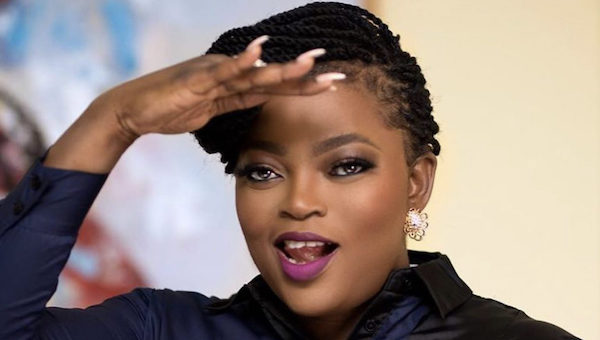 Nigerians have been reacting to the confirmation of Veteran Nollywood actress, Funke Akindele, as the Peoples Democratic Party (PDP) deputy governorship candidate in Lagos State.

Ripples Nigeria had earlier reported the rumours of Akindele as the running mate of Olajide Adediran, popularly called Jandor.

Funke Akindele has today (Tuesday) personally confirmed via her official Instagram and Twitter account that she would be Jandor’s running mate in the 2023 Lagos state gubernatorial election.

The selection of Funke by the PDP is coming at a time when Nigerians were still talking about the actor’s marriage crisis, and this has gotten Nigerians to talk the more.

Dear Lagosians, I must share my decision to venture into a more significant facet of humanitarian service with you all.

Desmond Elliot can be a politician but funke akindele cannot? https://t.co/Wq3xc2opiu

Why do you people love to put women down?

Desmond Elliot is an actor and a politician.

But Funke Akindele dared to become a Deputy Governor candidate and we’re seeing all sorts of degrading comments.

What’s wrong with her ambition?

The current Ukrainian President used to be a Comedian and actor by profession before running for president and winning. Desmond Elliot was an actor before running the Lagos state house of reps. Why is Funke Akindele running for a political post a problem?

Seeing women come forward this 2023 Elections is a thing of JOY!! Congratulations Funke Akindele @funkeakindele !! We can’t change the system without being PART of the SYSTEM! The time starts now.

No one was clowning Banky W for going into politics from entertainment but everyone is here clowning Funke Akindele for the same.

What does that say? 👀

One positive of Jandor making Funke Akindele his running mate is that she won't have time for another season of Jenifa's Diary. E don do

People arguing about Funke Akindele’s eligibility forget she has a law degree. Also, being an actor must mean someone is dumb to some of you. If only y’all know the brains it takes to study script after script and actually be as credible a thespian as she is.

Lagos PDP choosing Funke Akindele as their Governorship running mate and tagging it “Lagos needs a breath of fresh air” has to be the funniest thing on the internet. They just extended Sanwo-Olu and MC Oluomo’s tenure because playing politics isnt the same as directing Omo Ghetto

I hate that entertainers are hardly taken seriously outside entertainment. Funke Akindele has OND in Mass Communication from Moshood Abiola Polytechnic and a Law Degree from University of Lagos, but many Nigerians won’t take her seriously because they can’t see her beyond Jenifa.

Funke Akindele has been unveiled as the running mate of Olajide Adediran for Lagos State Guber. Okay I See. PDP is not yet serious about taking Lagos from Sanwo-Olu.

There are many criticisms for a Funke Akindele inclusion in a governorship ticket, but her acting career and her marriage should not be any of them.

What's wrong with choice of Funke Akindele as deputy governor of Lagos State? Is it because she's an actress and comedian? Isn't she a professional? Isn't she educated enough? Isn't her IQ higher than that of most people holding high offices in the land including Mr President?